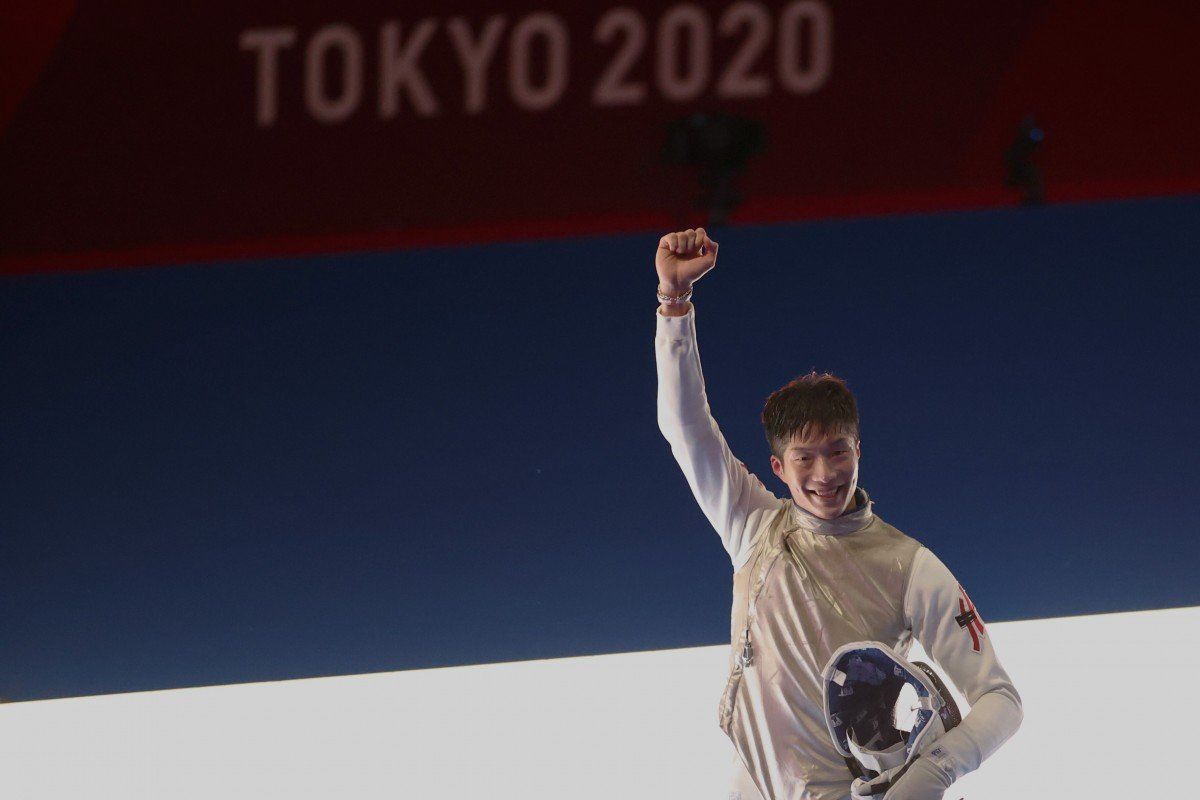 In primary school, we were taught that the Olympic Games helped promote peace and ease political tensions among the ancient Greeks. That was the reason they caught on as an international event among modern nations.

Some Hong Kong people, though, seem to have forgotten all about that early childhood lesson.

The “blues” and the “yellows” are now hotly debating whether the black jersey badminton player Angus Ng Ka-long wore at a match was a symbol for the 2019 anti-government protest movement. Others have decided not to honour fencing gold medallist Edgar Cheung Ka-long because his Chinese name sounds too much like Ng’s!

For others, it’s because Cheung’s father once played for the Hong Kong police basketball team.

People, does everything have to end up being politicised along anti-government and pro-China lines? Even the Olympics?

Pro-government YouTube influencers such as Nicholas Muk, Manley Lau, Ivan Mok Ka-kit and political online channel San Chiu Man have taken turns to condemn Ng. Muk is also a member of the government-friendly Democratic Alliance for the Betterment and Progress of Hong Kong (DAB) and a secondary schoolteacher.

Ng subsequently explained that he had lost his sponsorship before the match and so had no official jersey to wear.

The Hong Kong Badminton Association has accepted responsibility for the fiasco, while other sports chiefs such as the city’s Olympic committee vice-president, Kenneth Fok Kai-kong, have come to his defence; and rightly so.

Meanwhile, when the nation’s anthem was played for Cheung’s victory, a large crowd watching the live broadcast on a big screen at the APM shopping mall in Kwun Tong booed in unison and shouted “We are Hong Kong”, a popular slogan during the 2019 violent protests.

This is only the second time Hong Kong has ever won an Olympic gold and the first since the 1997 handover.

But even before the final match, many members on LIHKG.com, the go-to online platform for “yellow” protesters, were writing negative comments about Cheung.

One particularly offensive thread had people offering to punish themselves in unusual ways if Cheung won.

Several said they would perform painful and possibly fatal sex acts on themselves. One said he would run around Victoria Park naked. Another offered to copy the whole Bible, both the Old and New Testaments, once. You get the idea.

It’s not clear whether they now plan on making good on their promises.