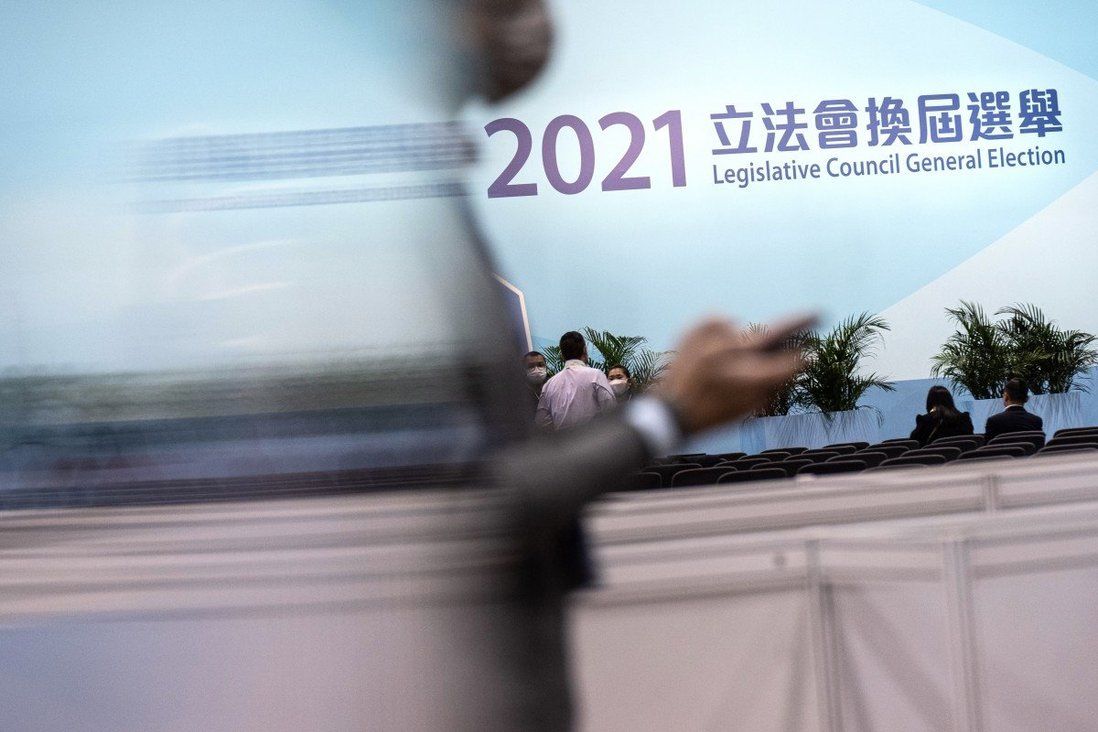 Let Hong Kong chart its own course on democracy

US-led criticism of Hong Kong’s Legco election should not be taken seriously when the sustainability of American’s own democratic system is in question.

Hong Kong’s Legislative Council election, held under revamped electoral rules on December 19, was rebuked by the US-led Five Eyes coalition, G7 nations and the European Union as undermining Hong Kong people’s rights and freedoms and depriving the new legislature of “meaningful political opposition”, among other accusations.

Democracy is no doubt the centrepiece of Western nations’ moral high ground and underscores the US’ claim to lead the world. It has evolved over 2,000 years, from the days of the Greek city state of Athens, and has taken many forms.

The sustainability of America’s democratic system, however, is being seriously questioned by its own scholars of democracy as reaching “a moment of great peril and risk”. Since the US presidential election last year, “across state legislatures, Republicans have challenged the legitimacy of the 2020 US presidential election and altered election rules on party-line votes, with a clear intent to entrench minority rule”, they wrote in November last year in a joint letter urging Congress to pass the Freedom to Vote Act. 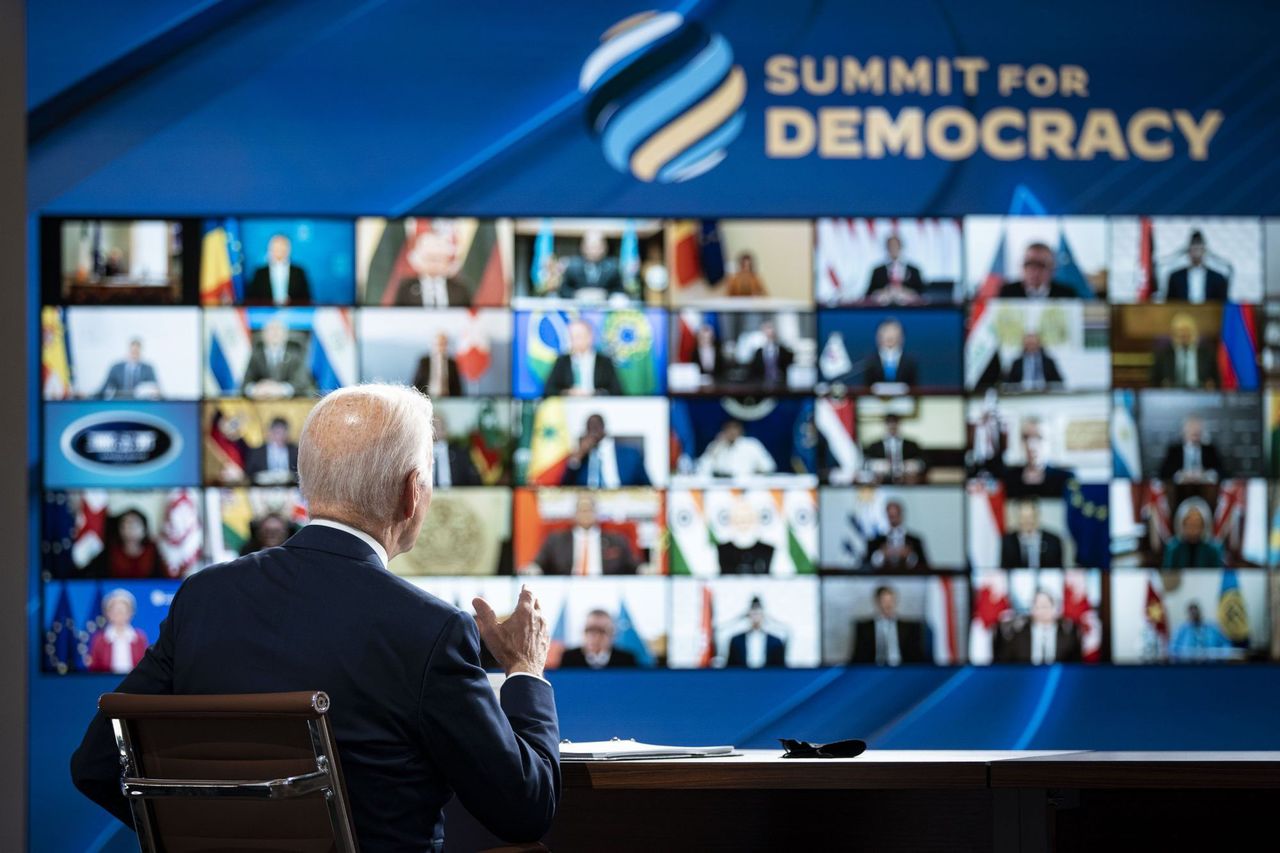 US President Joe Biden speaks during the virtual Summit for Democracy in the Eisenhower Executive Office Building in Washington on December 9.

Such partisan erosion of free and fair elections hardly provides a credible basis for the US to host a democracy summit to “strengthen” and “renew” the democratic system, or to lead the world.

The “Summit for Democracy” was hosted by the US on geopolitical lines. It included many countries with dubious human rights records, and excluded Singapore, an Asian democracy which has done well in providing security, stability and prosperity to its people despite difficult circumstances.

The theoretical basis of the US-led allegations is worth thrashing out in detail. On individual rights and freedoms, the classic document is the International Covenant on Civil and Political Rights, a multilateral treaty adopted by the United Nations in 1966.

The precursor to this treaty, the European Convention on Human Rights, contains similar provisions. Yet few realise that few of the rights protected under these treaties are absolute.

Many of the rights and freedoms can be restricted in accordance with the law. The right to vote and the right to stand for election are definitely not absolute. Many countries have imposed restrictions on these rights based on age, property ownership, literacy and nationality or residential basis.

China has been generous in granting the right to vote to non-Chinese nationals in Hong Kong, so long as they have acquired permanent resident status, an arrangement unthinkable in many countries, including some in the West.

In Hong Kong, the right to stand for office has always been subject to restrictions similar to those in the West, such as age, mental capacity, lack of a serious criminal record or bankruptcy.

Following a decision made by the National People’s Congress Standing Committee in November 2020 to disqualify legislators found to be in breach of their legislative oath, and the enactment of a new law in May governing oath-taking and assumption of public office, a new restriction has indeed been introduced.

The purpose is to ensure that only those who genuinely uphold the Basic Law and bear allegiance to the Hong Kong Special Administrative Region are qualified to take up public office.

A political requirement no doubt, but is it too much to ask those holding important positions in Hong Kong’s governance to be genuinely supportive of our constitutional order and loyal to Hong Kong?

A key characteristic of democracy is the continuing responsiveness of the government to the preferences of its people, expressed through their votes.

Dahl reserved the term “democracy” for a political system characterised by popular participation and opposition, underpinned by the right to vote and the right of political leaders to compete for support. Thus the holding of periodic, universal-suffrage-based elections is supposed to bring us closer to the ideal form of democracy.

However, as popular participation and opposition through periodic elections became increasingly distorted by moneyed politics, partisan preferences and disorienting information campaigns, as in the US, a society could become more divided and polarised after each election, eventually undermining the capacity of an elected government to make sensible decisions for the people.

Hong Kong’s democratic development since 1991, when the first round of universal suffrage-based elections to the legislature were held, has, until the overhaul of electoral rules by Beijing in March, been unduly dominated by Western concepts of political equality and polyarchy.

Such ideals have been shown by the outcomes of many elections and referendums held in recent years in many parts of the world to be more imagined than real.

No system is perfect, and every political system has its moment of crisis. We have had ours during the fiery destruction of 2019. It is time to reflect and rebuild our system in accordance with the alternative rules made by Beijing.

The newly elected legislators have a historic mission to make it work, and judgment should be left to the people of Hong Kong, not foreign powers breathing down our necks.