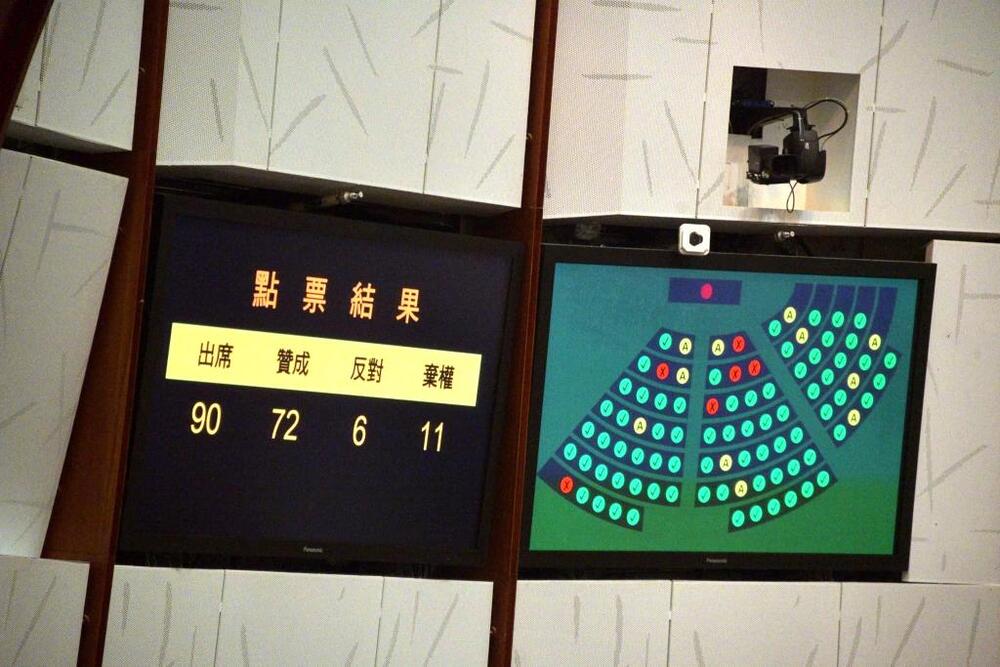 The second reading of a bill canceling the Mandatory Provident Fund (MPF) offsetting mechanism was on Wednesday night passed after 72 lawmakers voted in favor of the proposal.
The bill is expected to be given the green light as the Legislative Council proceeds to third reading tomorrow (Thu).

After the bill takes effect, employers can no longer offset employees' severance payments or long-service payments against the MPF derived from the employers' mandatory and voluntary contributions.

Secretary for Labour and Welfare Law Chi-kwong said the government has set aside HK$33.2 billion of financial support focusing on small and medium enterprises.

He added the offsetting mechanism will only be canceled starting from 2025 once the bill is officially passed, allowing plenty of time for the commerce sector to prepare themselves.

Law also refuted the commerce sector over doubts that workers will try to get employers to fire them after the bill is passed and said canceling the offsetting mechanism is merely restoring the old employment relations before it was introduced in 2000.

Starry Lee Wai-king, chairwoman of the Democratic Alliance for the Betterment and Progress of Hong Kong, said the party will support canceling the offsetting mechanism as always.

She also said she understood and respected member Wong's decision to abstain from the vote, who has a seat in the import and export functional constituency.

Jimmy Ng from the Business and Professionals Alliance for Hong Kong said he opposed the bill for he believed it would affect the employment relations between workers and bosses. Yet, he also said he didn't want to dismiss the preliminary consent reached by both sides and decided to abstain from the vote, expecting the bill to be passed in the end.

Shiu pointed out that most businesses were torn apart by the Covid pandemic and said now is not the best time to cancel the offsetting mechanism.

Tan, on the other hand, worried that employers may hire more temporary or part-time workers after the bill takes effect and the labor market would become more unstable. He also expressed concerns that the extra costs of canceling the mechanism may somehow be transferred to consumers in the end.
#Covid
Add Comment