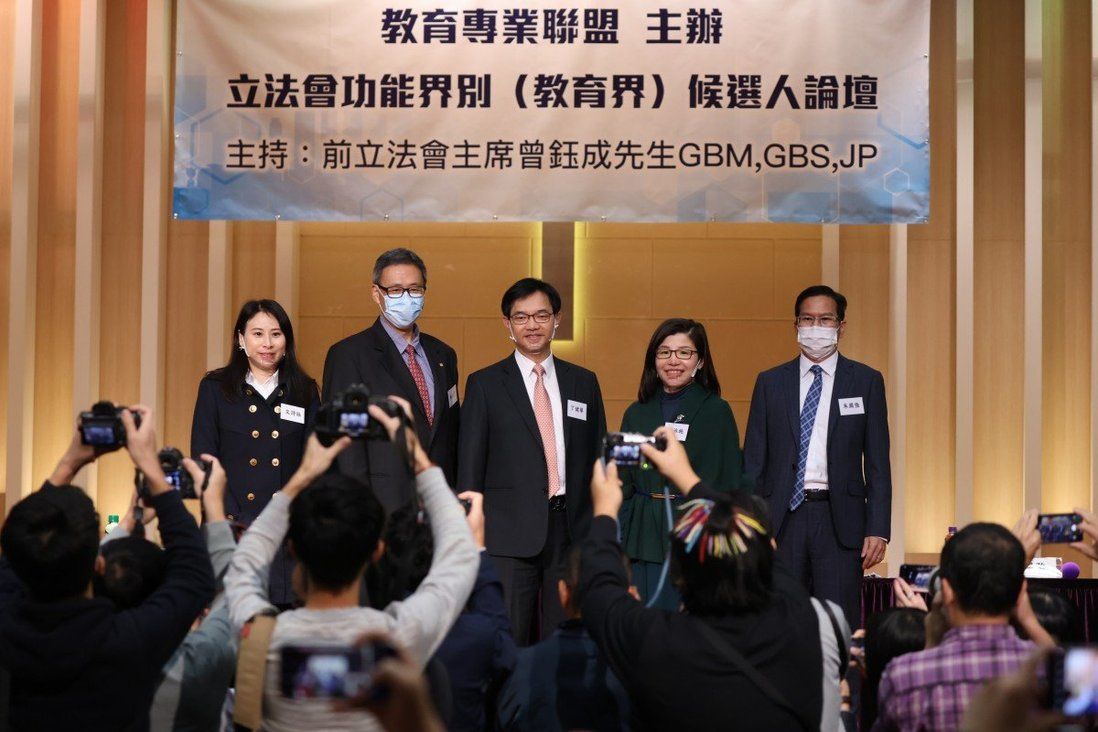 The 5 candidates seeking the sole seat for the education sector in the Legislative Council present range of solutions to the challenges facing teachers, with one arguing teachers are given little notice before authorities hand them new tasks, such as commemorating the Nanking massacre.

Five candidates fighting for the seat representing the education field in the Hong Kong legislature have called on the government to adopt small-class teaching but avoid closing schools as a way to cope with a declining student population.

While they also vowed to strive for easing the workload of teachers, the candidates were at odds over how to address other critical education challenges as they faced off at a forum on Tuesday.

Earlier in the day, the Education Bureau announced it would merge two secondary schools given what it called a projected structural decline in the school-aged population.

Speaking at the forum, candidate James Lam Yat-fung, retired secondary school principal and member of the Education Convergence concern group, urged the government to hold off closing schools for at least six years “to allow time for the government and the education sector to discuss better solutions”.

“The authorities should also review policies to allow the children of those who wish to come to work in Hong Kong to study at government or government-aided schools,” he said. “This can open up a new source of students for schools and also help establish Hong Kong as an education hub.”

Candidate Chu Kwok-keung, headmaster of Ta Ku Ling Ling Ying Public School and a deputy chairman of the Hong Kong Federation of Education Workers, said adopting small-class teaching could not only save a school from being shut down but also ease the workload of teachers.

“Teachers face very long working hours because they have too much administrative work to do,” said Chu, as he called for a cap on working hours. 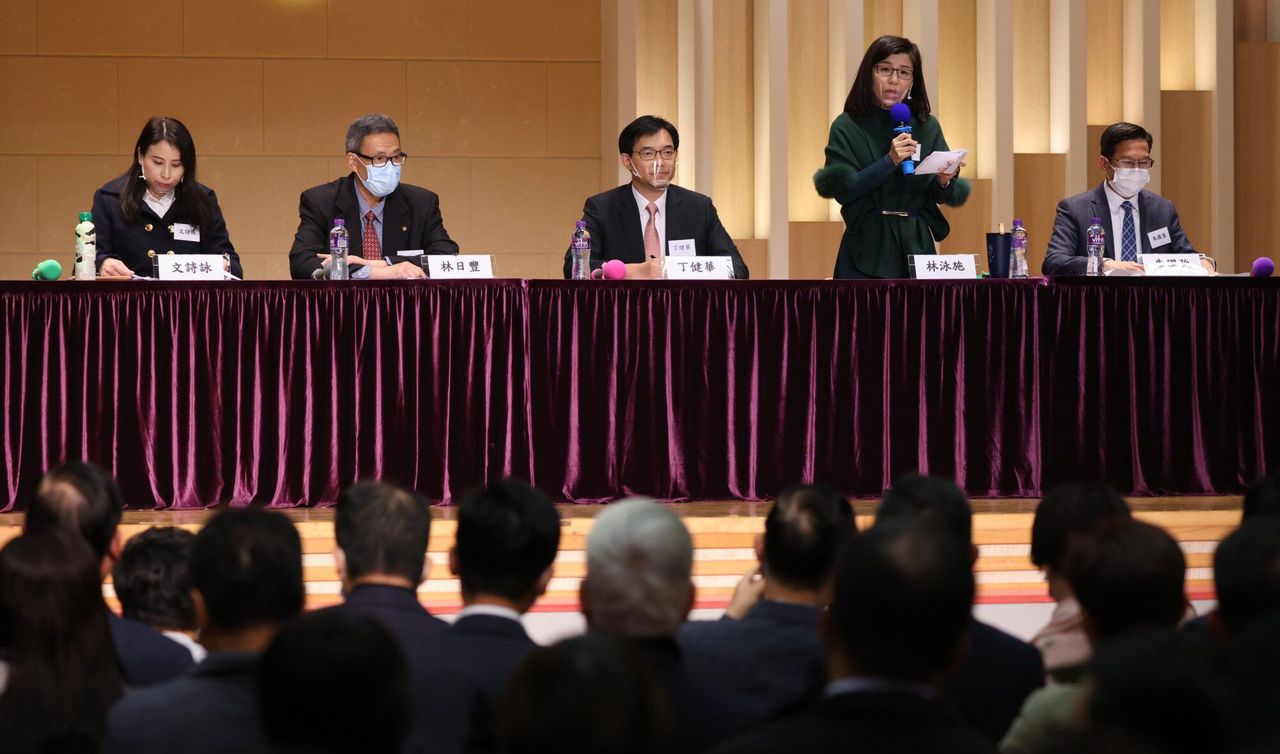 Chu also urged greater attention be paid to the mental health of teachers and students, proposing the government assign a psychologist to each school to offer counselling.

“Suddenly we get a circular [from the government] asking schools to organise activities to commemorate the anniversary of the Nanking massacre on December 13. The short notice … creates a lot of pressure on schools and teachers,” Man said.

The Education Bureau on Monday advised schools to develop in students a sense of national identity and commitment towards the nation by organising commemorations of the 1937 massacre by Japanese troops and the wider invasion of China.

Man told the forum: “I am not saying that organising commemorative activities is wrong, but I wonder if the bureau has attached too much importance to political allegiance while overlooking the practicability and education needs.”

Amy Lam Wing-sze, principal of Marycove School, which caters to students with special educational needs, said she supported promoting national education in schools but a “soft approach” was needed.

She called on the government to pay more attention to the development of special education in Hong Kong and offer more support.

The five candidates, none of whom are from the opposition camp, will compete for the education functional constituency seat in the Legislative Council election on December 19. It will be the first large-scale poll since Beijing overhauled Hong Kong’s electoral reform in March to ensure only “patriots” held power.

Previously, the education seat went to a representative from the opposition-leaning Professional Teachers Union, but the group announced in August it was breaking up amid reports it was being investigated for alleged national security offences.

Under the reform, the new Legco will have 90 seats, expanded from 70, while reducing the number of lawmakers decided by direct election to 20. There are 30 seats for functional constituencies. An enlarged Election Committee stacked by Beijing loyalists will also elect 40 lawmakers.

There are 85,117 voters in the education constituency.

Tuesday’s forum, held at a primary school in Cheung Sha Wan, was organised by the Education Professional Alliance, a newly formed concern group. Former Legislative Council president Jasper Tsang Yok-sing was the moderator. Some 150 people attended the event, which was also live-streamed.