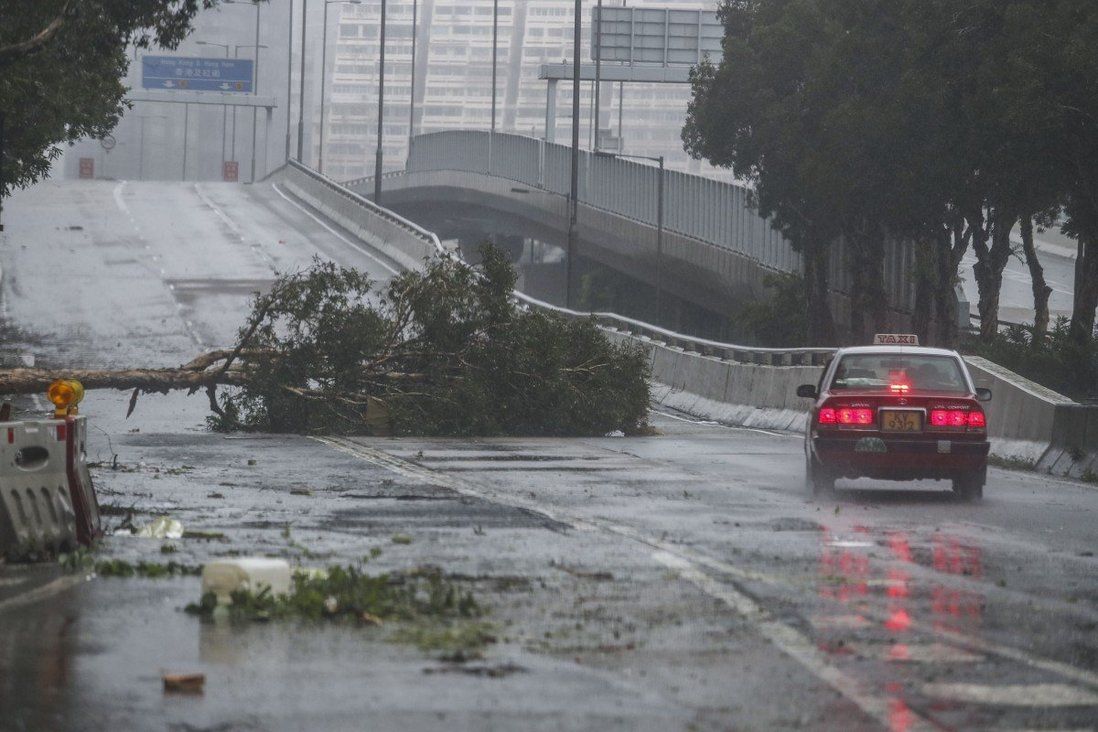 The current compensation scheme only applies under certain typhoon signals and rainstorm warnings, but the amendment will expand it to include periods of ‘extreme conditions’, which can be declared by the chief secretary.

More Hong Kong workers who are injured or killed while commuting to or from work in inclement weather would be compensated by their employers under a new legal amendment first drafted in the wake of Typhoon Mangkhut more than two years ago.

At present, commuters are entitled to compensation for mishaps only when either a No 8 typhoon signal or higher, or a red or black rainstorm warning, is in force. But under the Employees’ Compensation (Amendment) Bill 2021, to be introduced in the Legislative Council next Wednesday, the threshold for compensation would be expanded to include periods of “extreme conditions” – a status that can be declared by the chief secretary and extended, even after a No 8 signal has been lowered. 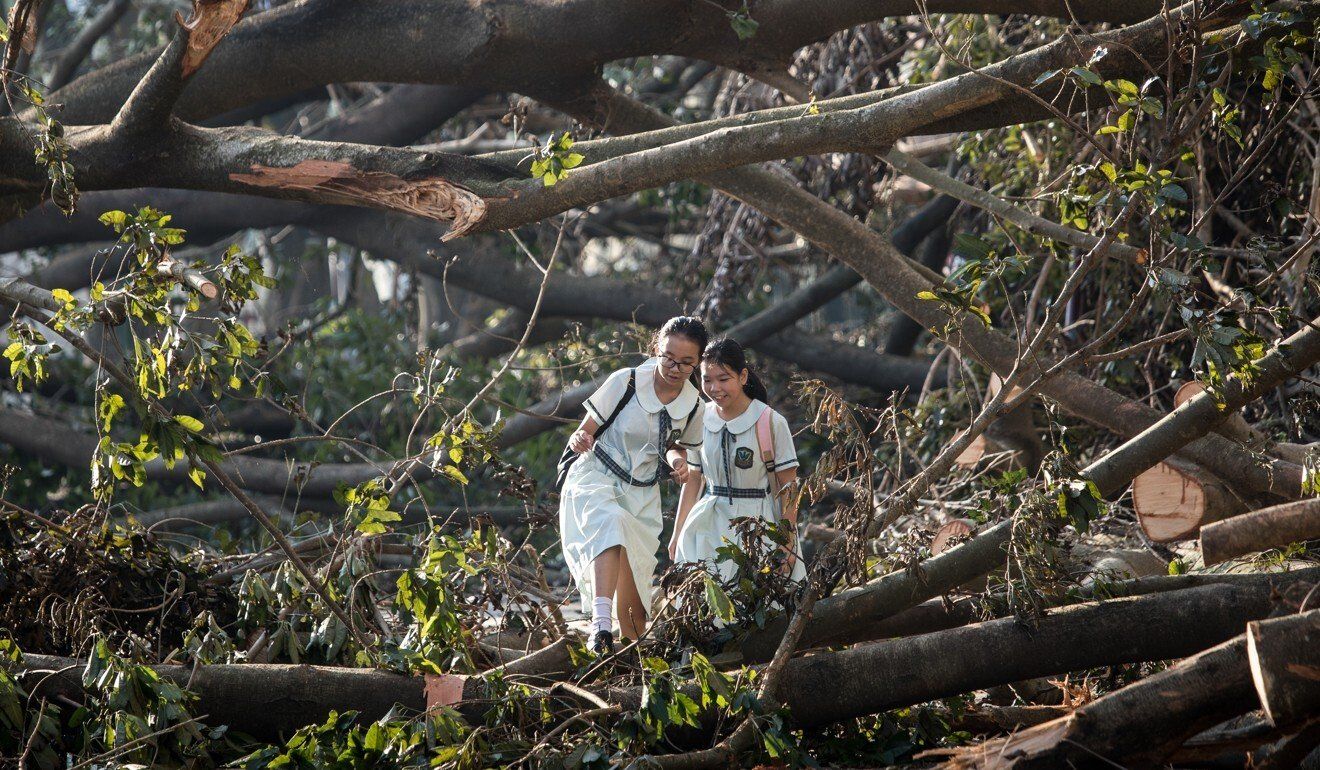 The amendments were first prompted by Typhoon Mangkhut, which left a trail of destruction in 2018.

“Having considered that employees commuting to or from work during ‘extreme conditions’ can be subject to more dangerous circumstances, similar to those under T8 or above, or the red or black rainstorm warning, we consider it necessary and justified to accord adequate employees’ compensation to them,” the Labour and Welfare Bureau said in a paper on the amendment submitted on Wednesday.

The amendment bill was one of a series of new measures introduced by the government after Typhoon Mangkhut hammered the city in 2018, bringing a record storm surge, smashing hundreds of windows, blocking more than 1,000 roads and felling at least 46,500 trees.

One of the measures introduced in the wake of the destruction was granting the chief secretary the power to declare a territory-wide state of “extreme conditions”. The declaration, which must be made while a T8 signal is in effect, advises the public – apart from essential staff who must remain on duty – to shelter in place for at least two hours after the signal is lowered, at which point the period may be extended if necessary.

The move was aimed at avoiding a repeat of the immediate aftermath of Typhoon Mangkhut, when commuters were left confused and angry as they tried to reach work amid the transport chaos resulting from the storm. 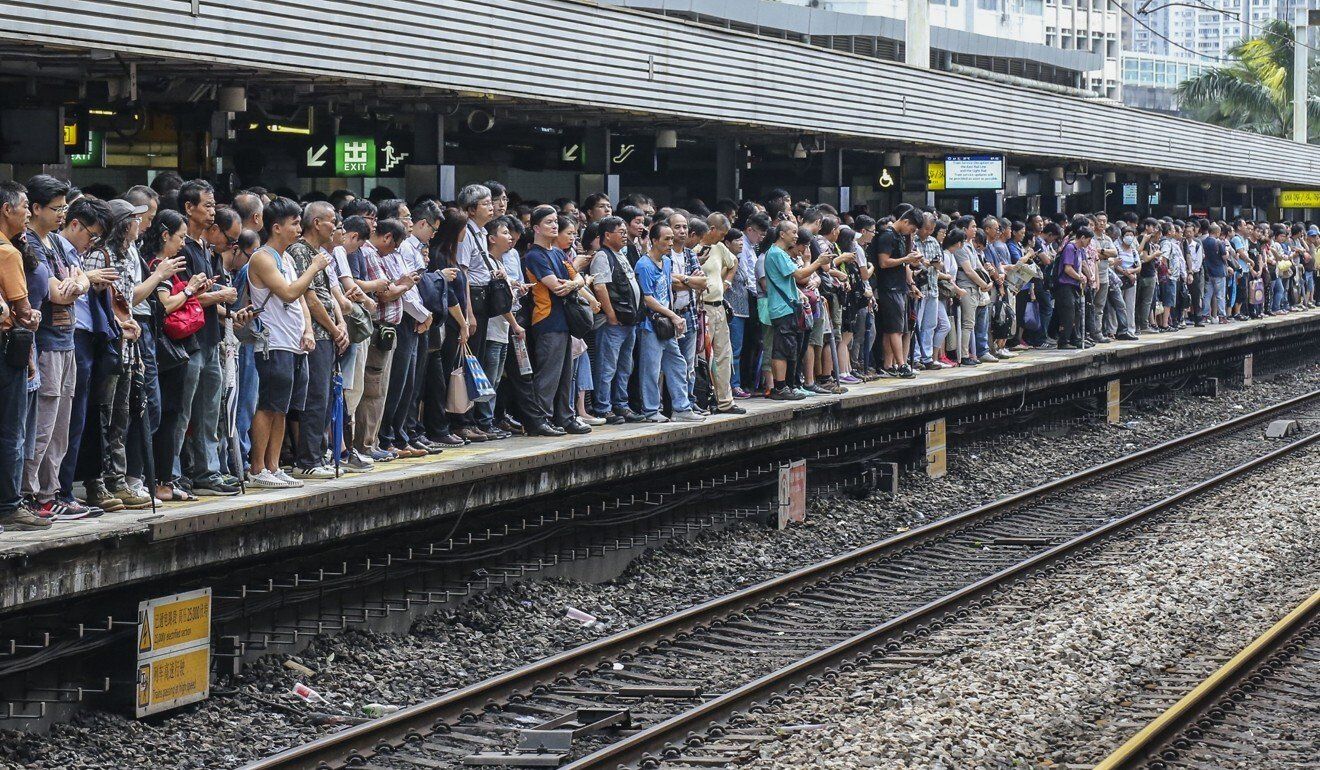 Commuters at Tai Wai MTR station were among those stranded for hours the morning after Typhoon Mangkhut hit Hong Kong.

While the new amendment was meant to provide better protection to workers and their families, the bureau admitted it could in turn lead to increases in the premiums employers have to pay for employee compensation insurance.

“While the potential increases in the premiums are difficult to quantify, they are unlikely to be significant as a proportion of employers’ total staff costs,” it said.

The bureau also said the proposal would have financial implications for the government, which is itself a major employer, but it expected them to be manageable given the rarity of “extreme conditions” announcements and the comparatively low number of staff who would be required to travel under them.

All members of the Labour Advisory Board – which consists of both employers and employees’ representatives – had unanimously backed the proposal, the bureau added.