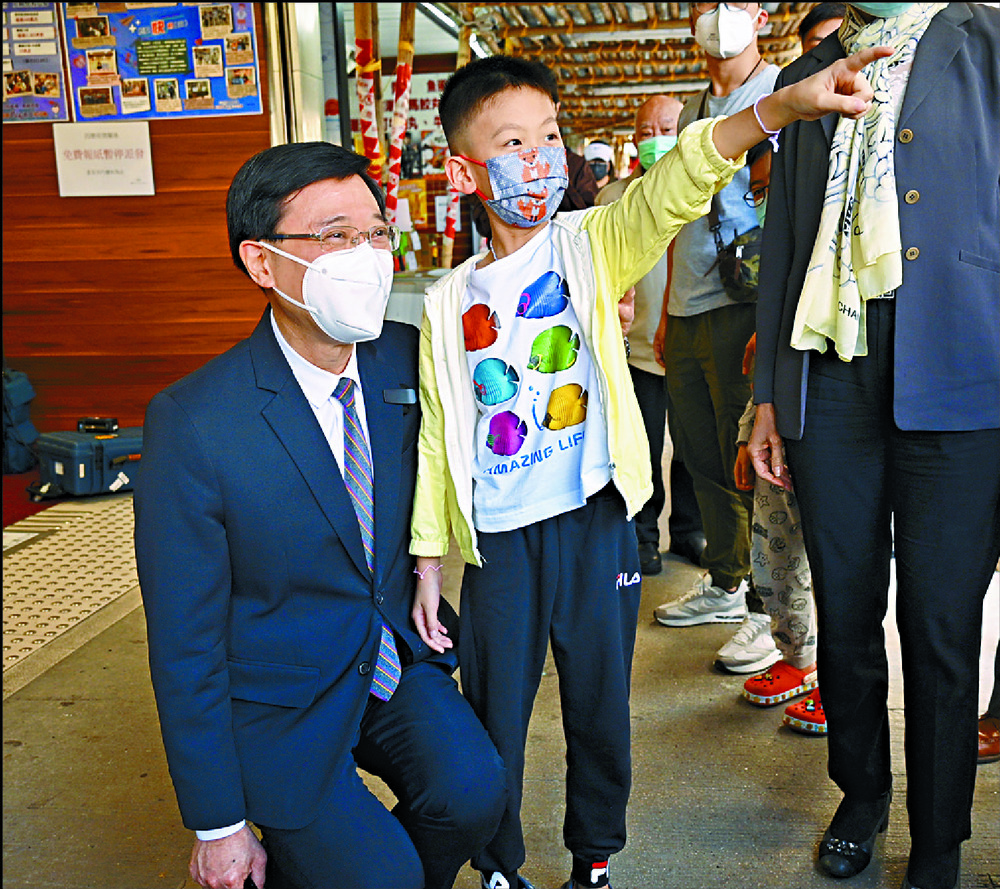 Seven television and radio stations will cohost a one-man election forum for sole chief executive candidate John Lee Ka-chiu on Saturday, a source said.
The forum will be aired live and no studio audience will be present, the source added. It is understood that TVB, Cable TV, Now TV, Phoenix TV, RTHK, Commercial Radio and Metro Radio will cohost the event, which is set to air from 8.30pm to 9.30pm.

Representatives from the city's media outlets will be invited to raise questions while the question-and-answer session with viewers will be prerecorded instead.

Questions will be divided into three categories, with the first encompassing land, housing and the economy. The second pertains to residents' livelihood, the pandemic and health care while the third covers political and mainland subjects.

One politician - who wished to remain anonymous - criticized the plans for the broadcast, saying the attractiveness of live forums lies in the interactions between the audience and the candidate.

"Even if people ask indecent questions or the candidate replies with a wrong answer, this is all part of the election," he said. If questions are restricted and the forum is prerecorded, the event will be poorly received, he added.

"Youth policy will be one of the most important topics in Lee's campaign platform," Tam added.

"This will prevent Hong Kong students from becoming the pawns of western forces," it wrote.
Add Comment