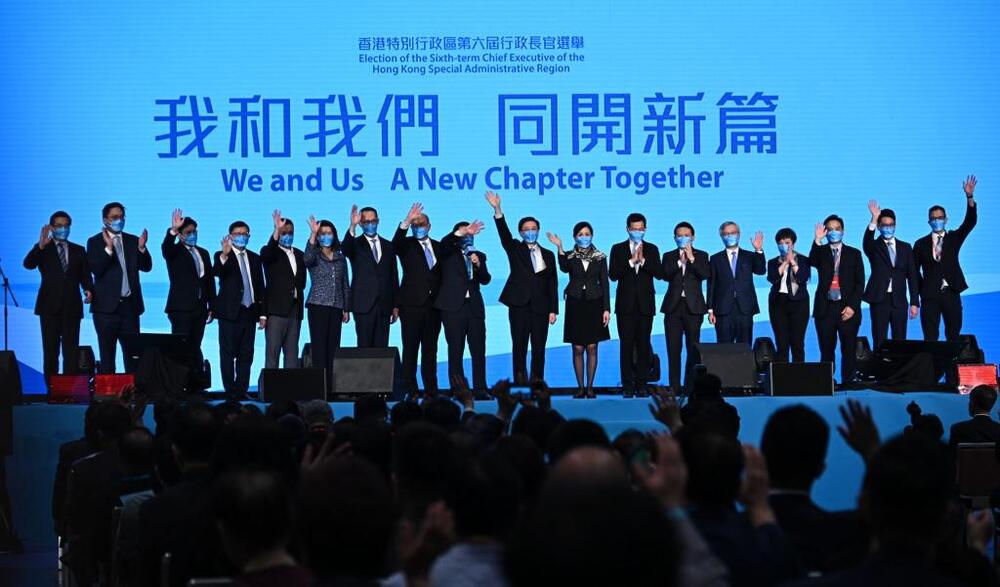 Lee is a 'good listener' and knows how to balance his views: Election Committee members

John Lee became the only candidate for Hong Kong’s top post by proving his willingness to loyally execute Beijing’s demands despite an international outcry. The question now is whether he can convince China that re-opening the Asian financial center to the world won’t jeopardize its control.
Lee, a former cop and security minister, emerged as a leading advocate for cracking down on Hong Kong’s pro-democracy opposition over the past three years, defending the police’s use of force against protesters and warning that those who supported the now-shuttered Apple Daily newspaper would “pay a hefty price.”

Such hard-line positions were central to Beijing’s decision to anoint him as the sole candidate in the chief executive’s election Sunday, according to interviews with 10 members of the committee appointed to ratify the choice.

At the same time, bankers, diplomats, politicians and others who’ve met privately with Lee say he’s been even-handed and receptive to the concerns of the business community in the beleaguered former British colony.

While most expect him to hold fast to China’s sweeping view of national security, they say he appears more responsive to suggestions than outgoing Chief Executive Carrie Lam, who is deeply unpopular after a single five-year term.

One Hong Kong-based diplomat said Lee, 64, has come off during several meetings as a “gentleman” and appears to know how to balance his views.

A member of Hong Kong’s international business community said he was open to meeting up and hearing concerns.

“Without strong ties or entangled relationships with business circles and real estate tycoons, he is seen as impartial -- and that is a plus,” said Sin, who nominated Lee for the Election Committee’s innovation and technology sector. “Hong Kong needs to be united, working toward different goals to face its tremendous challenges.”
Add Comment