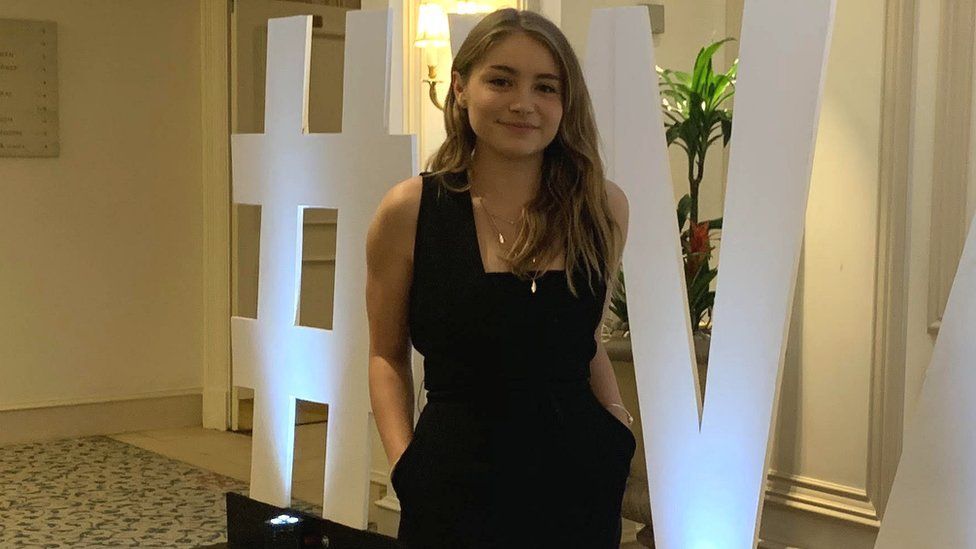 Learning to code 'will seriously change your life'

For Hannah Blair, choosing which A-levels to take came with an added complication.

Hannah attended an all-girls' school that didn't offer the computing and programming course she wished to take, despite the joint all-boys' school offering the course.

Her determination paid off and she graduated with a degree in computer science from the University of Surrey in 2018.

Hannah went on to secure a place on the Deutsche Bank graduate scheme, and has since worked with start-ups as a freelance developer and currently as a senior developer at virtual event platform Hopin.

It was a shrewd career choice as software development is an industry with a lot of opportunities.
For example, the US Bureau of Labor Statistics is forecasting a job growth rate of 22% for developers between 2019 and 2029, compared with 4% for other occupations. 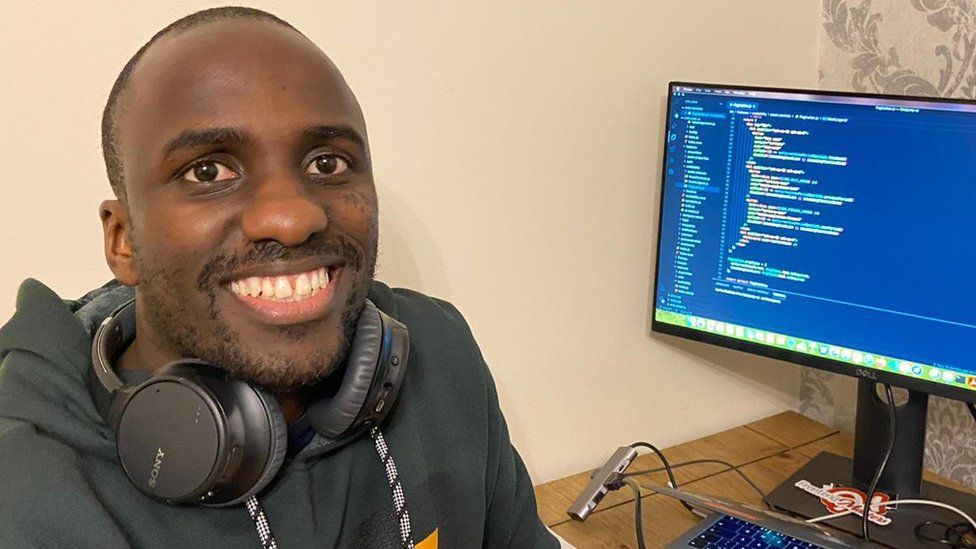 Carl Mungazi studied journalism at university, and worked as a local journalist in Luton for four years before making the switch to developer in 2016.

His route into coding initially came from his desire to build a news aggregator for the local area, something he'd seen national publications build.

"I wanted to basically find a way of being able to track the news being published in Luton," Carl says.

A developer friend helped him build the back end - the technology behind the scenes holding everything together - and Carl taught himself to use Javascript - a programming language popular for building websites.

It also helped kick-start a career change when the journalism project eventually fizzled out.

Choosing which computer language to learn really depends on what you want to do.

Python is a powerful, general purpose language and is often the first language taught to undergraduates on computer science courses.

It is widely used in business - YouTube, for example, is largely written in Python.

Ruby is another versatile language, popular with start-ups.

Whichever language a budding programmer opts for, there are vast resources online to support those teaching themselves. In his case, Carl says freecodecamp.org was particularly helpful.

Attending a boot camp is another popular option for career changers. Many of these have sprung up in recent years, offering intensive courses designed to equip participants with the skills needed to get that crucial first job. 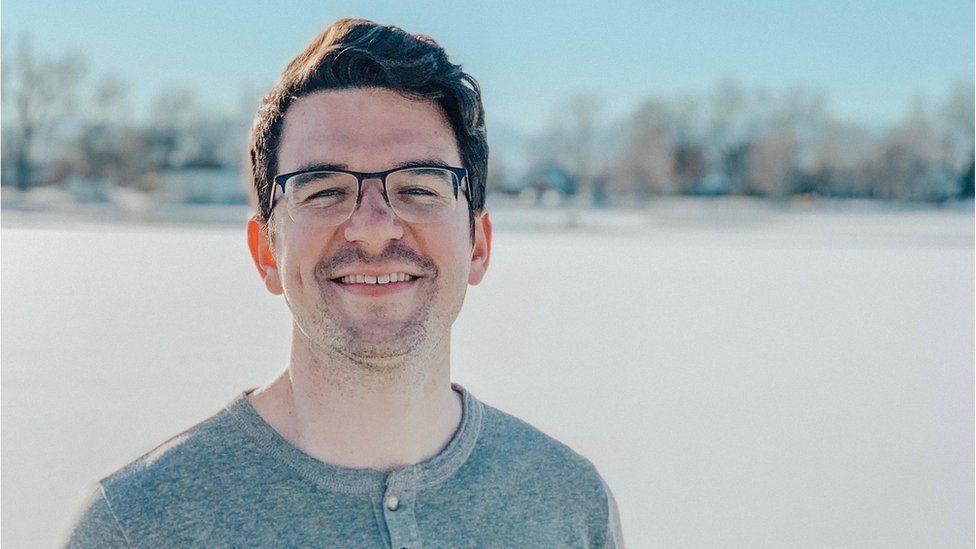 Brenden Thornton chose this route, enrolling on a course offered by boot camp Flatiron School, whilst shifting careers away from being an National Basketball Association (NBA) cameraman.

"One big advantage of going to a boot camp is having a set curriculum planned out for you. I didn't have to do any guesswork when it came to deciding what technologies to learn and how I was going to teach them to myself," he explains.

The support that comes with attending such boot camps was also key in his decision.

"They really take the time to build a solid support team around you, not only through job opportunities, but also through career coaches who help you navigate the job search process."

One drawback of boot camps is that they can demand a lot of time and, for many, be prohibitively expensive. Many courses exceed $10,000.

A partial scholarship helped ease some of the financial burden for Brenden, but he still had a gruelling schedule.

During the boot camp his Monday to Friday routine involved getting up at 05:00 to drive for Uber and Lyft until 09:00. He would eat and study until 16:00 and then drive again until 21:00. 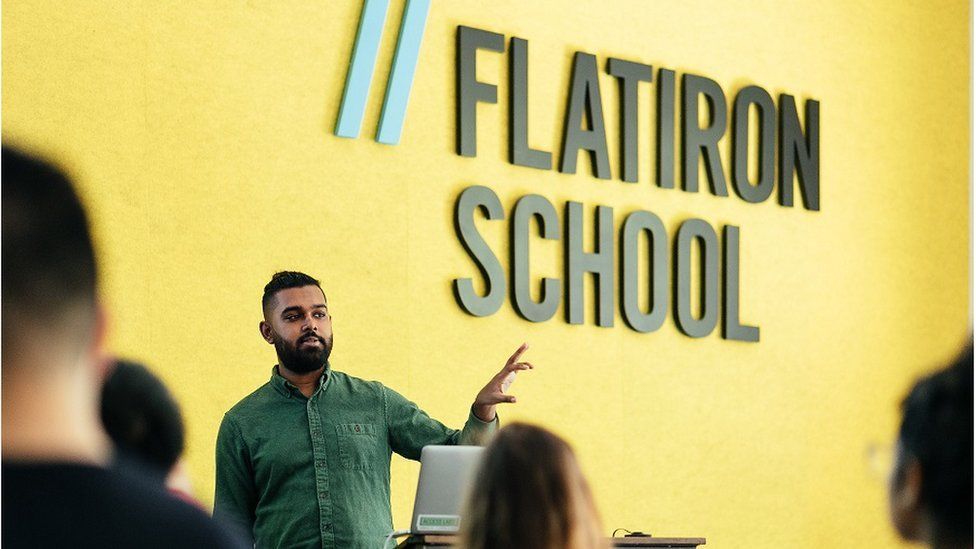 Flatiron has facilities in eight US cities

Regardless of the path taken into coding, ensuring that so-called softer skills are not neglected is essential.

"The skills that employers look for often are more than just the technologies," according to Barry Cranford, managing director of recruitment firm RecWorks.

"The main thing that really makes a difference is whether they can do it as part of a team."

For Hannah Blair, attending hackathons at university were a useful way to improve these transferable skills, as well as connect with others.

"Even if you're not heavily involved in the development of the product itself that you pitch at the end, there are just so many skills that you can take away," she says.

Having a public profile to highlight your work can also help when applying for roles.

Online platform Github is particularly popular among employers. "It's like a portfolio for photography, you can dip into it and see what people have done," says Barry Cranford.

Finding a mentor to support you is another area that can provide a boost, he says, and could be a "secret weapon" for your career. 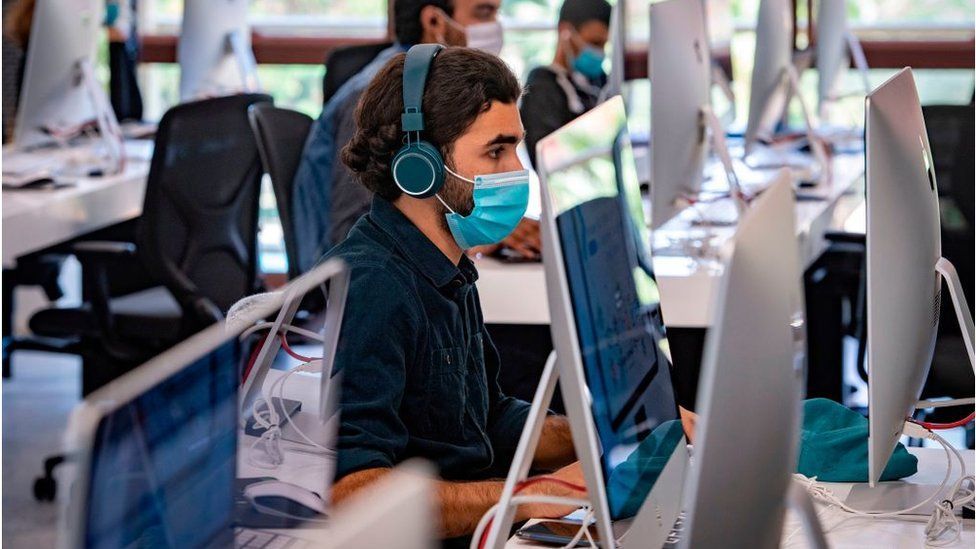 The challenges of getting that first job are not to be underestimated, however, particularly for career changers.

For Carl Mungazi it took 14 months to land his first role, as he came up against a problem familiar to many jobseekers.

"One of the interviewers said to me that I had promise but they wanted me to get more experience."

Ultimately, whatever path taken into the industry, demonstrating a clear interest and passion for coding and programming must shine through.

"It's a very challenging process that will really push your mental toughness, but if you're able to push through then it will seriously change your life," says Brenden.