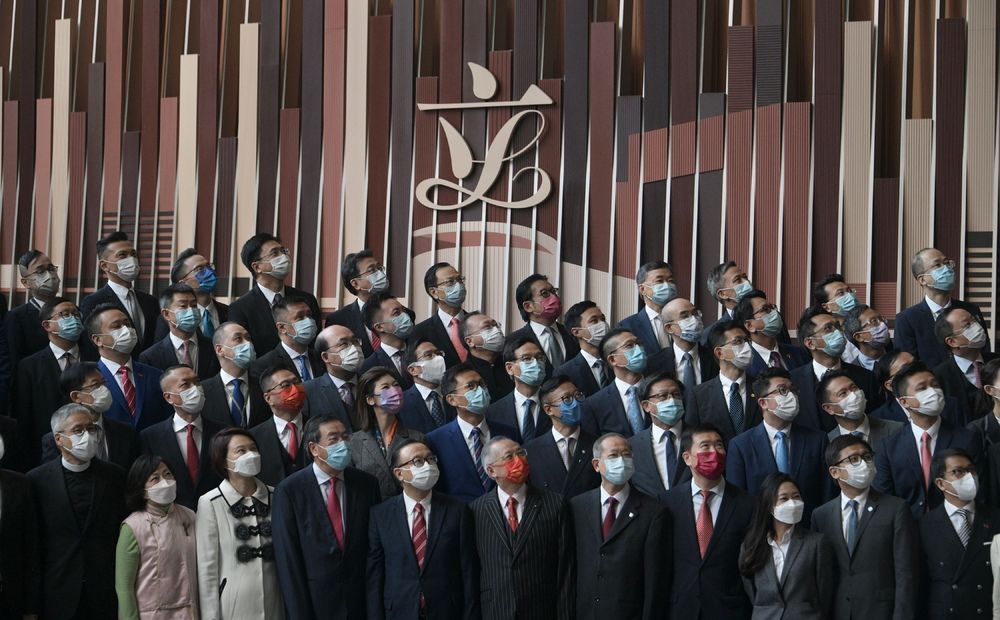 Lawmakers should not be rubber stamps

Xia Baolong, the senior Beijing official in charge of Hong Kong affairs, told 20 pro-establishment heavyweight lawmakers in Shenzhen to “work hard, be pragmatic and be clean” while keeping in mind they are lawmakers in a region of China.
Xia, the State Council’s Hong Kong and Macau Affairs Office director, also told the lawmakers they have to be “true representatives of public sentiment” and use their work to prove “patriots have the will, the capability, the daring and ability to get things done”.

Led by Legislative Council president Andrew Leung Kwan-yuen, party leaders and veteran pro-establishment lawmakers met Xia in Shenzhen on Wednesday, as Xia congratulated them for being elected while expressing five hopes, including resolute patriots, rubber stamps and keen on learning for the new term Legco.

The 90-member Legco was formed after the December 19 elections under the "patriots only" electoral changes imposed by Beijing on Hong Kong in last March.

Democratic Alliance for the Betterment and Progress of Hong Kong chairwoman Starry Lee Wai-king, also vice convener of the pro-establishment camp, said: “[Xia] hopes all 90 lawmakers can support the SAR government in administering Hong Kong in accordance with the law, as well as safeguarding the executive-led political system in the SAR.

“However, they should not be rubber stamps or voting machines. They have to criticize the SAR government in a friendly and sincere manner."

Xia also told the lawmakers they should also be resolute patriots, and have the daring to fight against speeches and behaviors hampering national sovereignty, security and development interests as well as Hong Kong’s prosperity and stability.

Xia also hopes lawmakers to be keen on learning and continuously step up their ability to discuss politics, while also good at uniting and collaborating with other lawmakers, according to Lee.

“This will continuously step up efficiency in legislative work, and be the precedent of Legco’s new outlook, while also showing the unity, civilized, harmonious and efficient new image of Legco,” Lee quoted Xia as saying.

The camp’s convener Martin Liao Cheung-kong said Xia reminded them to bear in mind that they are lawmakers of a region of China, so they have to make clear the SAR’s constitutional position.

Liao cited Xia as saying that all powers bestowed on the Legco were given from the central government, and the council is under the supervision of Beijing authorized institutions.

Xia also said Legco is a legislative branch under an executive-led system, which will check and balance the executive branch and also cooperate with it, while the emphasis should be on cooperating with it. Xia said Beijing “truly and sincerely” wants to implement democracy in Hong Kong, but the SAR’s democratic development will have to suit its actual situation and fit under the principle of one country, two systems.

He said Hong Kong cannot directly copy the democratic system from the West, and become the “bridgehead” of colored revolutions against China.

He added that economic development and improving livelihood should be the city’s highest priority.
Add Comment