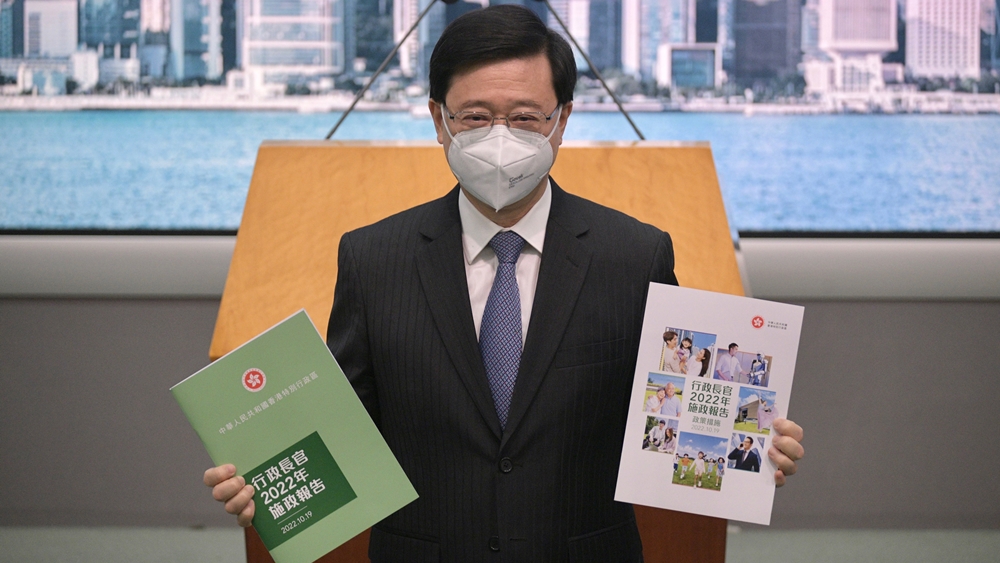 Hong Kong leader John Lee Ka-chiu said the strategies outlined in his policy address on Wednesday to lure talents from the mainland and abroad are “very aggressive”, adding that the city has her own attractiveness.
Speaking on a radio program on Thursday, the chief executive noted that many Hongkongers have left the city recently, but he said the reasons for their departure vary and we ought not to generalize about that.

He said historically, Hongkongers have been used to “getting in and out”, and that the local talents would be lured to stay or return as long as Hong Kong hangs onto its unique advantages.

Lee appraised the talent hunt strategies outlined in his policy address as “very aggressive”, which allowed people who graduated from the world's top 100 universities with at least three years of work experience over the previous five years to apply for the two-year Top Talent Pass Scheme.

Government sources said yesterday that the scheme will launch in December, and the aim is to process applications within a few weeks. The first batch of talented people is expected by the first quarter of 2023.

Hitting back at critics’ comments that the measures - which are similar to neighboring countries like Singapore - would only work with Hong Kong easing further its Covid quarantine curbs, Lee said the anti-epidemic measures must be manageable to create the greatest room for the society.

He also said he would not make any comparison with Singapore simply on the scheme itself, whereas people should not underplay Hong Kong's competitiveness in competing for overseas talent.

He stressed that the government should not be shortsighted in policy-making, and that many people have passed away due to Covid between March and April.

“The figure [of people who passed away due to Covid] is not merely a number to me, but a mishap for my ‘family members’,” Lee added.
#Covid
Add Comment