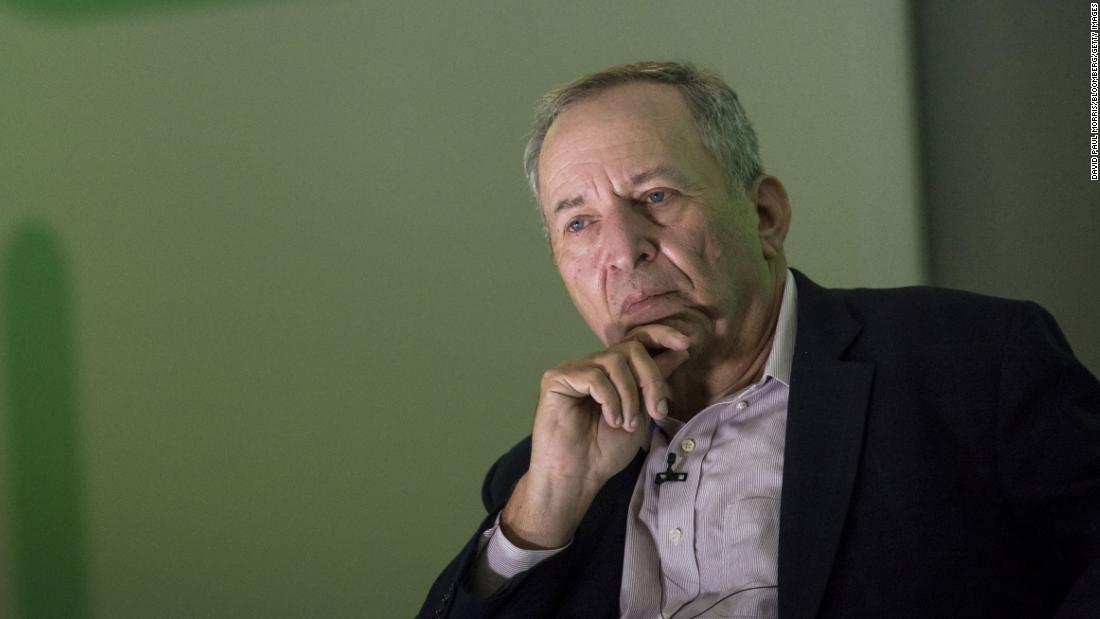 Larry Summers: Trump's trade war is a 'Stop, or I'll shoot myself in the foot' strategy

Former US Treasury Secretary Larry Summers says President Donald Trump's love affair with tariffs is backfiring. And he's not surprised at all.

Breaking from decades of US presidents lowering trade barriers, Trump is waging a global trade war that spread this week to Argentina, Brazil and France. Trump's tariffs are aimed at protecting American workers, but Summers argues it's the US economy that will suffer.

"We are engaged in a stop or I'll shoot myself in the foot strategy," Summers told CNN Business. "It's hard to know just how adverse the impact will be. But the direction is clear."

Summers, who served in the Clinton and Obama White Houses, said tariffs will hurt the competitiveness of US producers that rely on imported goods. That includes everything from car makers to wine distributors. Summers said this will lead to higher prices and lower incomes for American consumers.

Already, the US manufacturing industry is in recession. Factory activity contracted in November for the fourth month in a row. The downturn is being driven by trade tensions as well as weak global growth, which the trade war is exacerbating.

US manufacturing jobs declined by 6,000 in November, according to ADP. The factory job losses contributed to the second weakest private sector payroll growth since March 2010.

Summers knows firsthand. He was a top Treasury official in the late 1990s during the Asian financial crisis and the collapse of hedge fund Long Term Capital Management. Later, he advised President Barack Obama during the worst economic downturn since the Great Depression.

Trump famously declared in March 2018 that "trade wars are good, and easy to win." Nearly two years later, it's clear that hasn't been the case. The United States and China are bogged down in a trade war and Trump suggested this week that a preliminary agreement may not happen until after the 2020 election.

"Ronald Reagan's statement about nuclear war is the more accurate presidential statement about trade wars: They can never be won and should never be fought," Summers said, paraphrasing the former Republican president's 1984 State of the Union address.

Yet trade wars are being fought, posing a risk to the longest economic expansion in American history.

S&P sees a 25% to 30% chance of a recession in the next 12 months, although that's an improvement from the firm's previous call.

"We are 10 years into recovery with optimistic asset markets," Summers said, referring to the recent string of records in the US stock market. "We are at a complex moment. Things are more fragile because of our trade war with the world."

Summers: Markets could 'fall a long way' from record highs

US stocks experienced a melt-up that began in early October, catapulting the S&P 500 to 11 record highs in November alone. That powerful advance was driven by easy money from the Federal Reserve, hints of stabilization in the US economy and hopes of a preliminary trade agreement with China.

"Markets are at levels where they could possibly fall a long way. That makes the moment riskier than a normal moment," Summers said.

US stocks fell sharply on Monday and Tuesday as trade tensions erupted again. Trump announced plans Monday to lob tariffs on steel imports from Brazil and Argentina. And the administration threatened to impose tariffs of up to 100% on French champagne, handbags and cheese.

Trump officials also signaled the trade war with China could get worse. US Commerce Secretary Wilbur Ross told CNBC that the United States has more "ammunition" left against China. He warned that the December 15 tariffs on consumer-facing imports from China will take effect "unless there is some reason to postpone them."

The aggressive stance against China is aimed at addressing legitimate and serious grievances with the country's trade tactics. China's alleged theft of intellectual property, for instance, has damaged US businesses and cost jobs.

But there is concern about Trump's use of tariffs as a tool to gain concessions in trade talks.

"He has really instilled a dramatic loss in confidence in the US economic policy apparatus being pro-growth," said Harry Broadman, who served as an economic adviser to former President George HW Bush.

Investors would look to the Federal Reserve to mitigate the damage caused by a potential escalation of the trade war with China.

However, Summers is concerned that the Fed's recession-fighting toolkit is limited by the fact that interest rates are already low. The October rate cut, the Fed's third in a row, left the federal funds rate at a range of just 1.5% to 1.75%.

"The whole economic system is brittle in a way without precedence in decades, because the normal response to economic difficulty, the Fed reducing interest rates by 500 basis points, is not close to possible right now," Summers said.

Cutting rates by five percentage points would leave the Fed with deeply negative rates. Trump has urged the Fed to adopt the subzero rate strategy implemented by central bankers in Europe and Japan.

But negative rates have failed to revive the economies of Europe and Japan. And extremely negative rates could encourage households to hoard cash, rather than spend it.

"They can't go that negative because people hold currency under the mattress," Summers said.
Add Comment