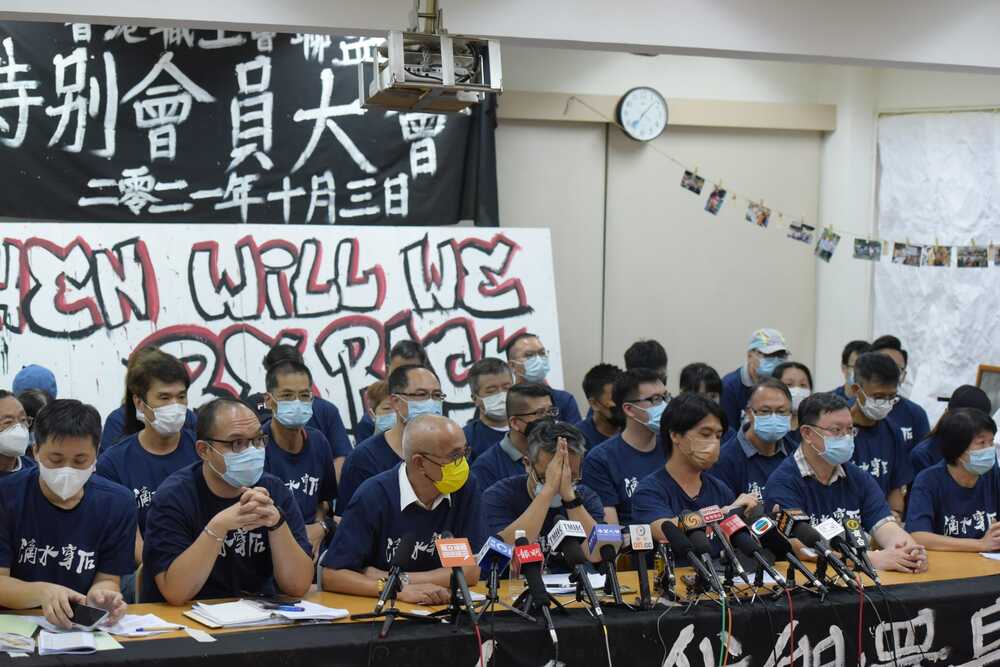 Confederation of Trade Unions, Hong Kong's largest pro-democracy union with 75 affiliates and more than 100,000 members, has decided to disband following a vote.
Sixty seven members of 48 affiliates joined the voting on Sunday. Fifty seven voted in support of disbanding the 31-year-old union, eight voted against it and two abstained.

It narrowly fulfilled the requirement for disbandment – that at least 80 percent of those present, aka 54 people, support it.

Staff will be dismissed in the coming two months. CTU will pay staff with its HK$20 million worth of assets, after which remaining amount could be distributed among affiliates.

"If the authorities focus only on eliminating people who raise questions instead of solving the problems, they might feel powerful for a while but this country and this place won't have any hopeful future," chairman Wong Nai-yuen said, lamenting the "grave setback for the independent labour movement."

Vice chairman Leo Tang Kin-wah said it was a rational, but reluctant decision to disband.

“If we continue, can we stand the pressure in the current environment?” Tang said, following reports that CTU is targeted by national security investigations.

State media have in recent weeks stepped up accusations that the CTU represented a "foreign agent" -- charges which can lead to life imprisonment under the national security law.

The union had affiliates across different sectors including property management, cleaning, transportation, aviation, domestic and personal services, food and beverage, and construction.

Some of the affiliates will continue running on their own, said CTU without spelling a number. It include a bus union.
Add Comment