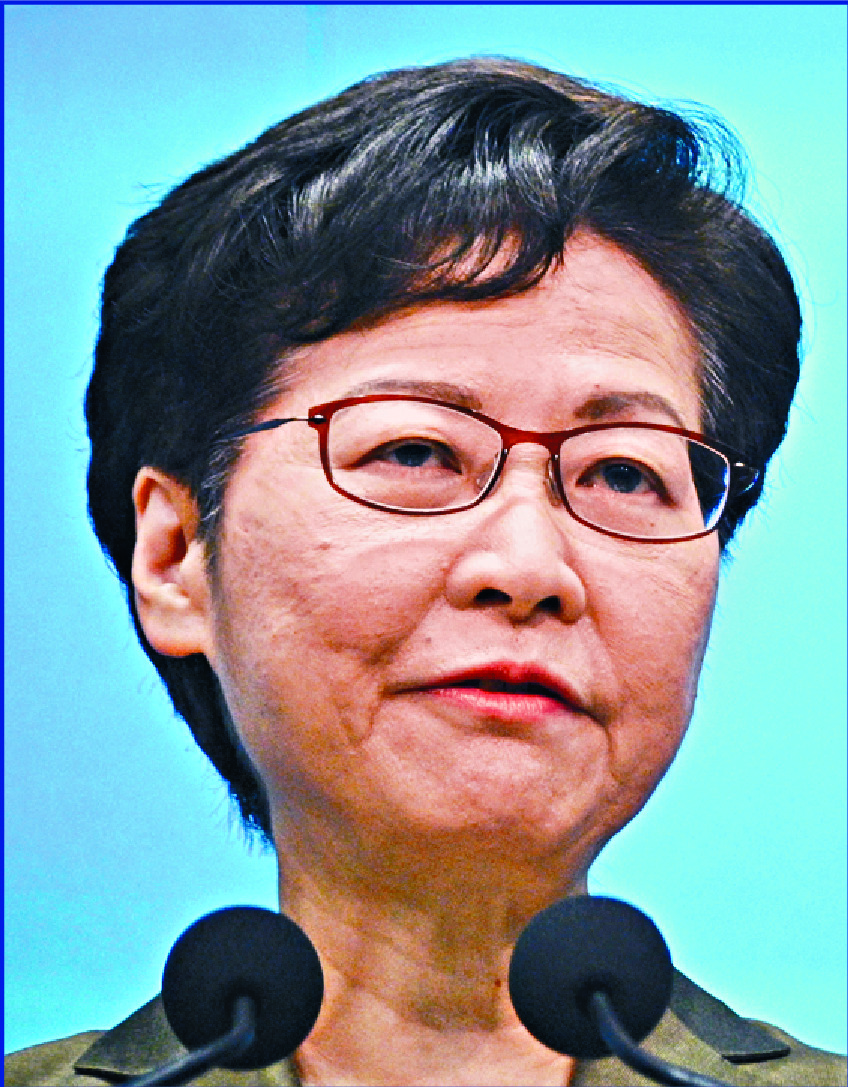 The city's students and elderly should be urged to get jabbed as soon as possible to allow the vaccination rate to reach 70 percent by the end of the month, says Chief Executive Carrie Lam Cheng Yuet-ngor.
Hong Kong's vaccination rate stood at 60.6 percent yesterday, short of the 70 percent target set by the SAR before September.

Lam hopes the target can be reached by the end of September but she is not optimistic.

"To reach the target, it would require around 22,000 people to get their first jab per day," she said.

The government urged three groups of people to get vaccinated: workers, the elderly and students aged 12 to 19. The vaccination rate for people above 70 is 30 percent, while the vaccination rate of those in elderly homes is just 10 percent.

Lam said many schools have not seen 70 percent of their teachers and students vaccinated, failing to reach the requirement to resume full-day face-to-face classes before schools open today.

The government will not launch any further mandatory measures at the moment. There is no plan to ban non-vaccinated individuals from entering certain premises, but Lam does not rule this out if there is a new wave of infections. Hong Kong yesterday recorded two new imported cases. A 39-year-old man who arrived from Greece tested positive with the L452R mutant strain - likely to be found in the Delta variant. The other case was a two-year-old girl who arrived from Turkey.

The Food and Health Bureau has strengthened the testing arrangements for staffers of targeted groups who have yet to complete a vaccination course.

Separately, South African scientists have detected a new coronavirus variant, C.1.2, with multiple mutations but have yet to establish whether it is more contagious or able to overcome the immunity provided by vaccines or previous infection. The new variant was first detected in May and has now spread to most South African provinces and to seven other countries, including China and Britain, research shows.

While the majority of South Africa's coronavirus cases are currently caused by the Delta variant - first detected in India - C.1.2. caught scientists' attention because its mutation is almost twice as fast as observed in other global variants.

Respiratory specialist Leung Chi-chiu said there is a risk that the new variant could enter Hong Kong through arrivals that have sat on connecting flights.
#Coronavirus  #Vaccines
Add Comment