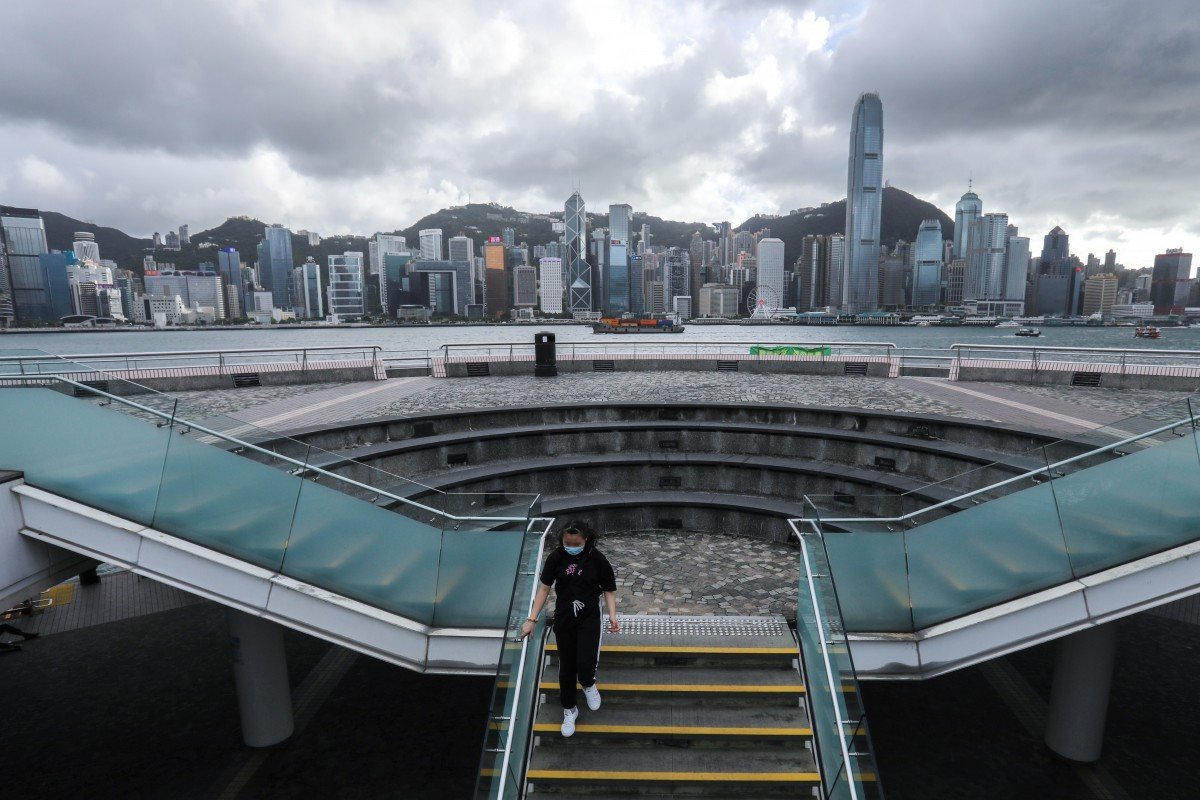 Chief Executive Carrie Lam Cheng Yuet-ngor has sought to reassert Hong Kong’s vital role on a national level, a week after she was widely criticised for stating she was unbothered by being overtaken by Shenzhen.

Appealing to people not to take her remark “out of context”, the city leader on Tuesday said Hong Kong would serve as one of the “dual engines” alongside Shenzhen in fuelling Beijing’s Greater Bay Area plan. The ambitious scheme hopes to unite the two cities, along with Macau and eight Guangdong municipalities, into a regional finance and technological powerhouse.

Lam said last week during an interview with mainland broadcaster Shenzhen Satellite Television that she did not mind Shenzhen’s overtaking Hong Kong in terms of gross domestic product. The statement came just before she was to meet President Xi Jinping, who was in the southern Chinese city to celebrate the 40th anniversary of its special economic zone.

Speaking at her weekly press briefing, Lam noted that while Hong Kong’s GDP had been surpassed by its mainland neighbour two years ago, it still had a higher GDP per capita despite Shenzhen having more usable and developable land. 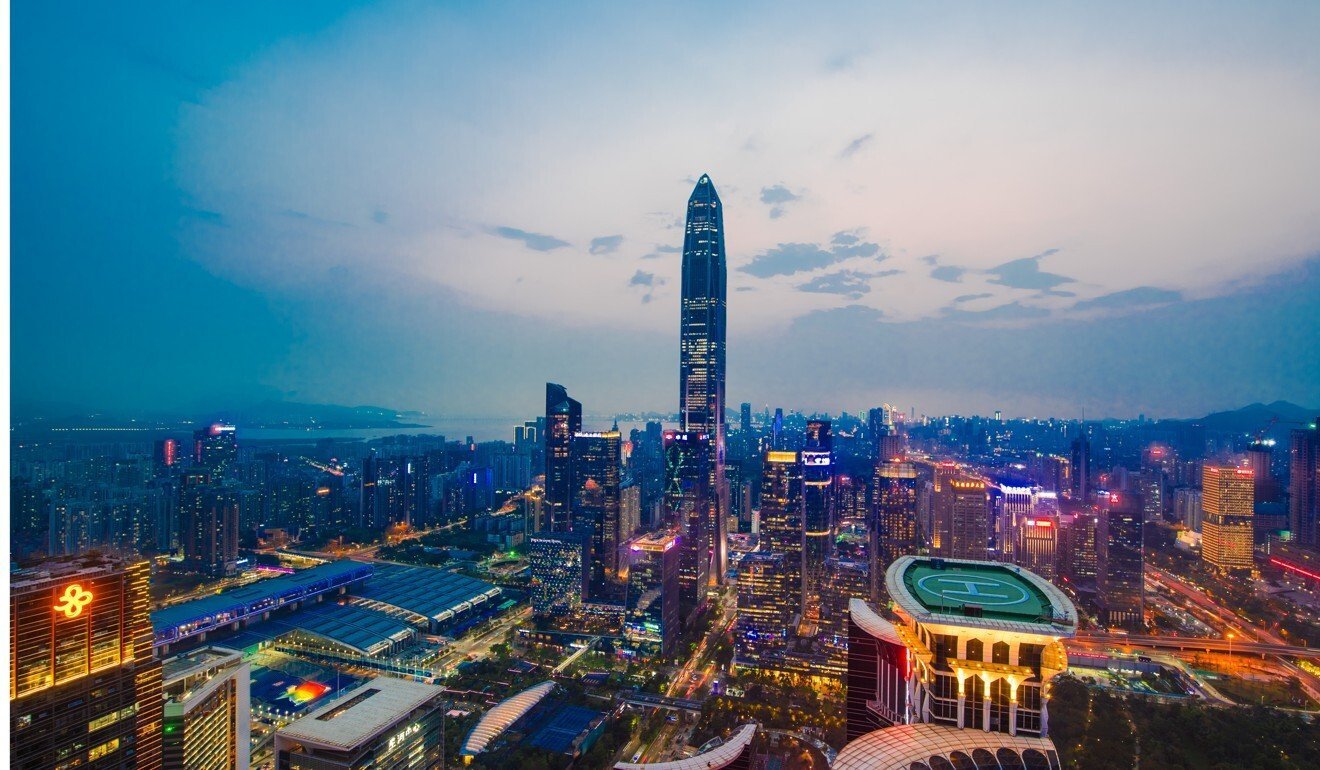 Hong Kong leader Carrie Lam came under fire last week for saying she was not bothered by Shenzhen’s overtaking Hong Kong in some ways.

“Shenzhen has been developing very well, so to have a higher gross domestic product is only natural,” she said. “But [my acceptance of that] should not be misunderstood as an attitude that I don’t care.”

At Wednesday’s celebration, Xi urged more young Hongkongers to work, study and live on the ­mainland, while hailing Shenzhen’s role as an “important engine” of the bay area scheme.

After the central government followed up on Sunday by unveiling measures granting the mainland city more autonomy, observers said Hong Kong needed to align its policies with Shenzhen to retain a key role in driving the project forward.

Some feared that would put Hong Kong on a collision course with Shenzhen, already home to Chinese tech giants such as Tencent, which runs messaging app WeChat and produces mobile games.

But Lam said she preferred to see the two cities as being globally competitive in unique ways that could bring mutual growth.

“If I didn’t care, I would not spend so much time nurturing and promoting the Hong Kong-mainland relationship and Hong Kong-Shenzhen relationship,” she said, adding she had been actively reaching out to the central government to take the city’s economy to a higher level.

About 50,000 Hongkongers currently work in Shenzhen, which is also home to 80,000 businesses owned by Hong Kong residents, she added.

Lam also said that while Shenzhen had lessons the city could learn from, Hong Kong would still be cherished for its international outlook and ability to strike economic treaties with foreign countries. 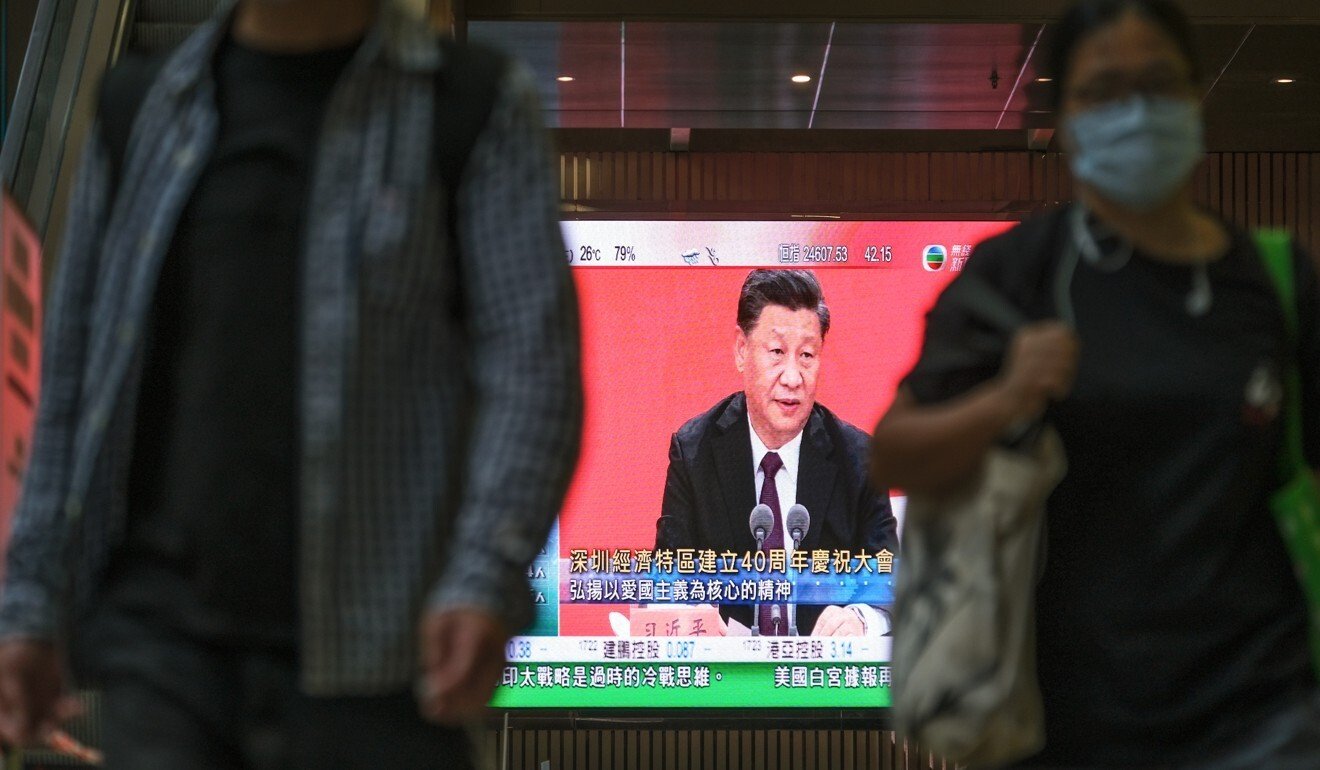 She also noted she would be visiting Beijing with “some colleagues at an appropriate time”, confirming the Post’s Tuesday report that she and the ministers for financial services and technology would travel to the capital after the 19th Communist Party Congress’ fifth plenum concluded on October 29.

The high-level meeting, which kicks off on October 26, is held to chart China’s economic and political direction for the next five years and determine how Beijing responds to increasing Western pressure over its role in global affairs.

Lam said her officials had been exploring the possibility of deepening exchanges with Shenzhen in not just trade, investment and manufacturing but also in the cultural, medical and higher-education sectors.

Witman Hung Wai-man, a Hong Kong deputy to China’s legislature, the National People’s Congress, said as US-China relations worsened, some researchers in the US were thinking of returning to China. Hong Kong could contribute to innovation and technology in the bay area by attracting these academics to the city’s top universities, he said.

But Democratic Party chairman Wu Chi-wai, the convenor of the opposition camp, said it would be difficult for Hong Kong to become an international tech hub when the government was suppressing its people’s freedoms.

“Lam is turning Hong Kong into another mainland city,” Wu said. “When the city loses its advantages, international investors will not come here any more.”

Lam also defended her government’s plan to devise a system that would allow Hongkongers living on the mainland to vote in city elections.

Opposition lawmakers have criticised the move, saying that changing rules which currently allow only those living in the city to cast ballots would make potential vote-rigging hard to detect.

But the chief executive said the move was simply an attempt to “recognise the reality” that a large number of Hong Kong residents already spend a lot of time on the mainland.

“So these people will also expect they should have a chance to vote in the general election … because they still have a strong connection with Hong Kong,” she said. “It would be not reasonable to deny them the chance to vote.”

Separately, Lam addressed comments in an interview earlier this week that she would be asking Beijing to begin allowing Hongkongers to drive across the border via the Hong Kong-Zhuhai-Macau Bridge without the need for special dual number plates.

Asked to elaborate, she said the plan was not new and had been in discussions for some time. The scheme was previously put on hold because of the bridge’s location near the airport in Chek Lap Kok, which could only be reached by a single highway, meaning any accident could result in major traffic issues.

But with the traffic-diverting Tuen Mun-Chek Lap Kok link expected to open later this year, the chief executive said the plan was back on the table, though she stressed it would be only for Hong Kong cars crossing the border, not mainland vehicles heading into the city.