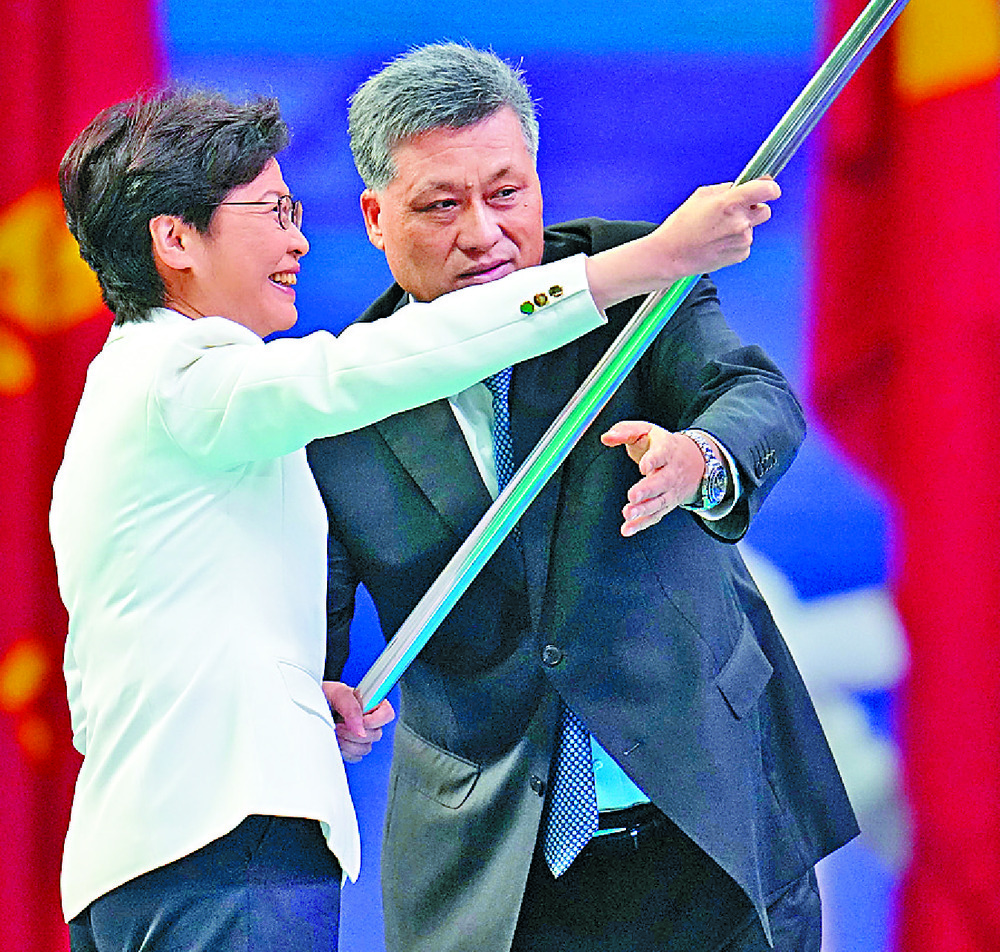 The National Games flag was relayed to Chief Executive Carrie Lam Cheng Yuet-ngor alongside Guangdong and Macau leaders at last night's Shaanxi National Games closing ceremony as Hong Kong will be cohosting the next games in 2025.
With Premier Li Keqiang as the special guest, Zhao Yide, the governor of Shaanxi, passed the flag of the National Games back to the director of the State General Administration of Sports, Gou Zhongwen, signaling the end of the Shaanxi games this year.

Before a packed gymnasium at the Xi'an Olympic Sports Center, the flag was then passed on to Guangdong governor Ma Xingrui and chief executives of the two SARs, Lam and Ho Iat-seng, the heads of the three places that will jointly host the next National Games in four years.

The closing ceremony was kept simple and did not feature a flag bearer from the teams, as only a few athletes from each delegation were allowed to appear on stage.

It also featured a sitcom skit, a mixture of modern electronic music and traditional music as well as singing and dancing intended to show volunteers' efforts during the National Games and the more traditional attractions of Shaanxi. Media representatives had to go through two security checks before they were allowed to enter the sports center.

Drinks, umbrellas, mobile chargers and unauthorized cameras were all banned from the stadium, while all equipment had to be inspected one by one before they could be brought in.

All vehicles except those with the special license plates were banned from entering the restricted area near the center from 5pm.

Hong Kong sent a 169-strong delegation this year and competed in the finals of 18 events. The SAR won two gold and five bronze medals to sign off from Shaanxi on a strong note.

Two golds and two bronzes were from cycling, a traditionally strong event for the city.

Top Hong Kong cyclist Sarah Lee Wai-sze took one gold and one bronze in keirin and sprint track cycling to start off the games, while Lee Sze-wing won gold in women's road cycling.

But Hong Kong failed to win a medal in equestrian events after taking at least one medal in past games.
Add Comment