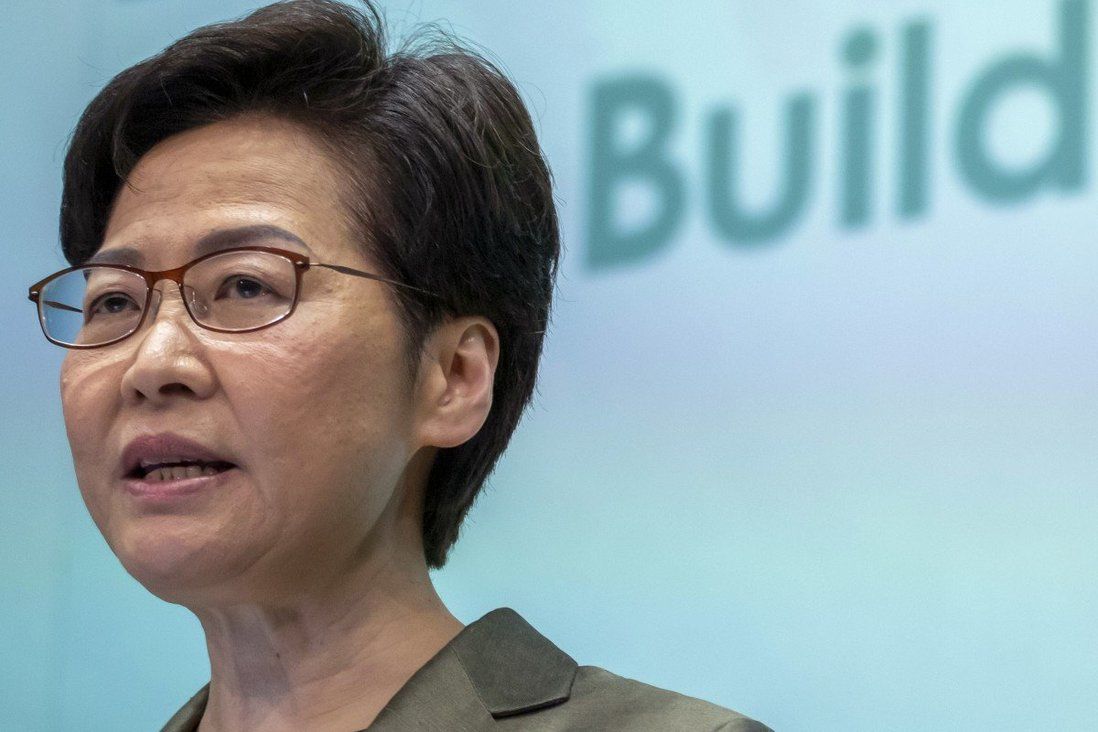 The city leader insists that foreign forces are to blame for the development, and that her government needs to do a better job of explaining the law.

Chief Executive Carrie Lam Cheng Yuet-ngor has admitted that Hong Kong’s reputation has “undeniably” taken a hit since Beijing’s imposition of a national security law, but blamed the development on “foreign forces” and insisted her administration simply needed to do a better job of explaining the sweeping legislation.

Lam made the remarks on the first episode of a new RTHK limited series called Overview Policy, which debuted on Wednesday and will review her government’s work dating back to when she ascended to the city’s top office in 2017. The Chinese-language programme, which is also expected to review the work of ministers in Lam’s government, will air every Wednesday at 8pm on RTHK’s TV31 channel.

The first episode – filmed before Lam fractured her elbow in a fall on Monday – saw the chief executive discuss her recent policy address, the last of her term, and her vision for the city’s future with the programme’s hosts, veteran newsman Vincent Wong Wing and public affairs consultant Benson Luk Hon-man.

The next chief executive election is slated for March 2022, but Lam, whose first term will end the following June, has not indicated whether she will run again.

Lam on Wednesday thanked Beijing for helping Hong Kong restore peace and good governance after the 2019 social unrest, citing the introduction of the national security law and the overhaul of the city’s electoral system to ensure only “patriots” held office. But Lam also conceded the security law had dealt a blow to the city’s international reputation.

“Undeniably, our international reputation has been somewhat impaired after the implementation of the national security law,” she told the hosts.

“It is mainly because many foreign politicians, organisations, foreign forces and even some foreign media have exaggerated the normal law enforcement work under the law as suppression of human rights and freedoms,” she added. “We need to do more effective explanatory work in this regard.”

The law, imposed on Hong Kong by Beijing in June of last year, criminalises acts of secession, subversion, terrorism and collusion with foreign forces. There are currently scores of opposition politicians and activists in jail awaiting trial under the law. Offenders face penalties ranging up to life imprisonment. 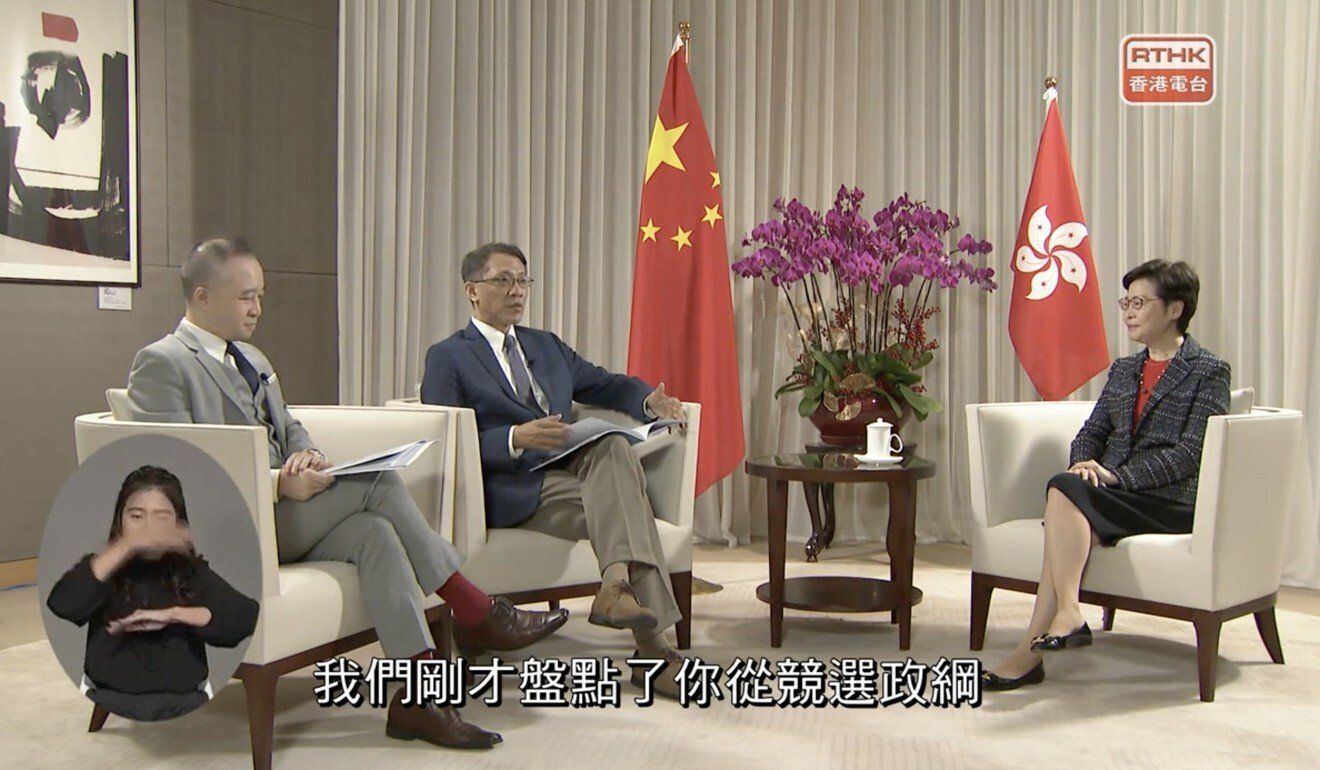 But in spite of the law, Lam maintained Hong Kong’s international status as a bridge between mainland China and the outside world was as strong as ever.

She also said the next government should “not be shy” about making a case for enacting local security legislation in line with Article 23 of the Basic Law. The last time the Hong Kong government attempted to introduce legislation under Article 23 nearly 20 years ago, it was forced to back down in the face of massive protests.

Both Article 23 and Beijing’s constitutional jurisdiction over Hong Kong have been taboo topics in recent years, Lam said, because of fears they could spark misunderstandings about the abridgment of the civil rights and “high degree of autonomy” enshrined in the city’s mini-constitution.

“If we cannot make it clear [to the people] on this constitutional order, and if we just keep it fuzzy, how can we ensure the smooth and steady successful practice of the ‘one country, two systems policy’? How can we avoid taking the wrong track?” she asked.

Asked about her policy address, Lam noted there were no major disputes as to the basic principles of the initiatives she mentioned.