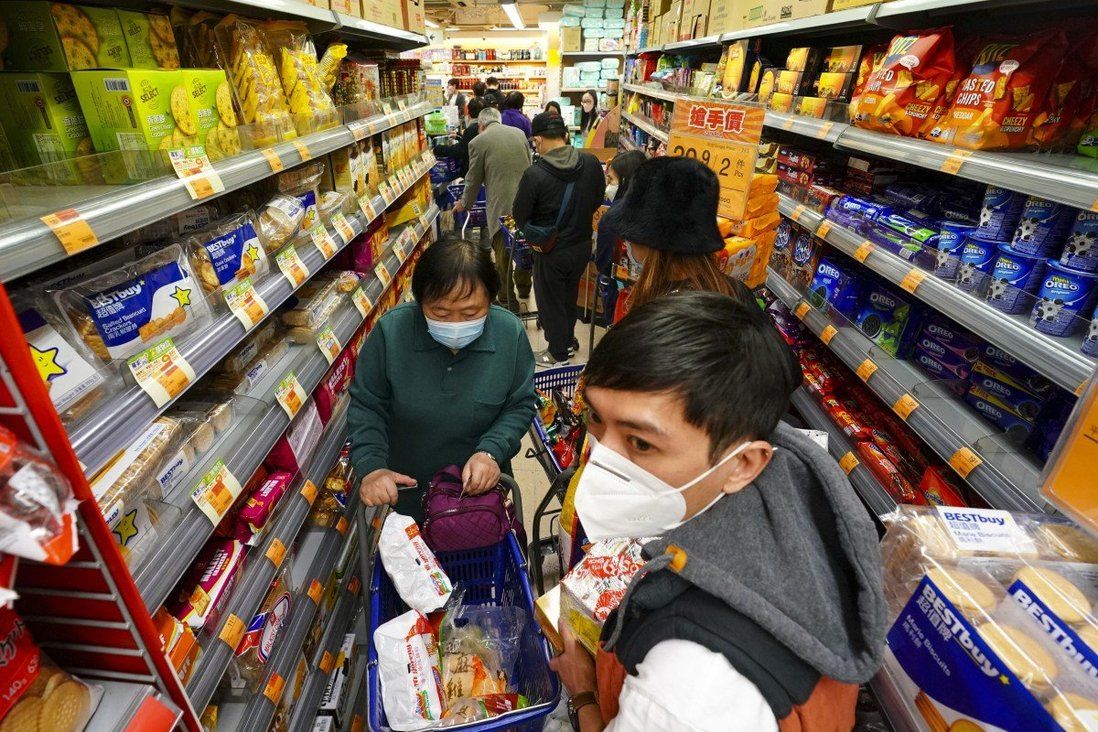 Officials have given out different messages about measure, sowing seeds of distrust even before residents stripped supermarket shelves bare, experts say.

The Hong Kong government’s failure to provide a coherent account and timely assurances on a potential citywide lockdown for compulsory Covid-19 testing contributed to a wave of panic buying among residents, political and communications experts said on Tuesday.

They said various officials had given out different messages about the much-feared measure, sowing seeds of distrust even before panicked residents stripped supermarket shelves bare of food and basic goods on Monday and Tuesday.

With the city tackling an escalating Omicron-fuelled fifth wave of cases, the government earlier announced large-scale testing would be undertaken. Speculation has mounted on whether the operation will involve a citywide lockdown despite Chief Executive Carrie Lam Cheng Yuet-ngor saying the government is still working on the details.

Lam had issued a call for calm – and told the public that even if some restrictions were imposed, the government had yet to decide the extent – as early as Monday afternoon. But most people did not hear the message until late evening largely because of restrictions on the number of press outlets invited to the event at which she spoke.

Experts suggested that the government’s sluggishness to clarify widespread rumours – that the Legislative Council was about to vote on a motion for a curfew-like ban – eventually set off a wave of panic.

“In response to speculation, the government has to deliver a message that is clear, unified and timely,” Baptist University associate professor Raymond Li, who specialises in fake news, said on Tuesday. “This is a lesson for the government.” 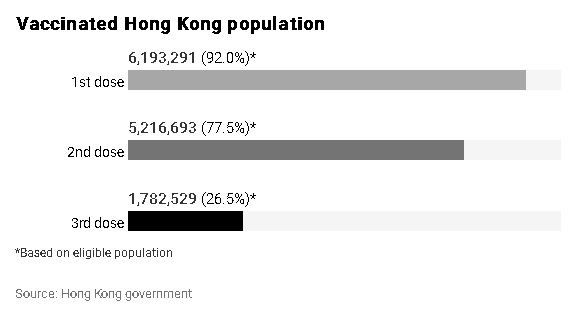 The rumour mill went into overdrive on Monday morning when Secretary for Food and Health Sophia Chan Siu-chee told a radio show the government would not rule out the possibility of a lockdown, apparently contradicting previous remarks by Lam.

A bogus message then sprang up across social media platforms, saying Legco would soon vote on a motion to allow the government to impose the lockdown.

Customers made a beeline for supermarkets and grocery shops, emptying shelves of daily necessities from instant noodles to meat and vegetables, despite a statement by Legco to clarify that it did not have any legislative work regarding a lockdown.

“Stay calm everyone,” she said. “I am aware of a lot of online rumours and the government will respond to them immediately.

“These include that Legco will vote and count votes, or take certain actions, regarding the lockdown. Sometimes, it is suggested that there won’t be fresh food and vegetables delivered to Hong Kong. These are all rumours.”

But the only major Hong Kong press outlet invited to the event was public broadcaster RTHK, alongside several Mandarin-language stations such as Phoenix TV and CCTV.

It is understood a so-called pool arrangement was deployed, meaning RTHK was responsible for covering the event and later sharing the information with other television stations.

The government’s Information Services Department (ISD) did not upload the video of Lam’s response until 8.34pm and a full Chinese-language transcript until 10.58pm.

RTHK ran its first online report on Lam’s comments at 6.47pm. TVB News, a newscast by the city’s biggest station Television Broadcasts, did not carry the remarks in its 6.30pm show while most major media outlets published their reports at around 9pm.

A government spokesman said the pool arrangement was to strike a balance between anti-epidemic needs and the media’s reporting work.

“The relevant materials were disseminated to the Hong Kong media by RTHK and the ISD as soon as possible after the event,” he added, without explaining the presence of the mainland Chinese press outlets.

Li of Baptist University said the pooling arrangement was far from ideal as time was of the essence when it came to combating the “anchoring effect” of speculation.

Normally, journalists raced one another to get news out first. But he said under the pooling arrangement the designated station was likely to take time to package the coverage before disseminating it. “This is too slow for quashing speculation,” he said.

Li added the health minister’s comments on a lockdown gave the subsequent rumours about the Legco motion added fuel, and she could have just said “it was too soon for speculation”.

Francis Lee Lap-fung, dean of Chinese University of Hong Kong’s School of Journalism and Communication, said it would be best for the government to identify the source of anxiety and pre-empt it before the lockdown.

But he doubted the government’s ability to spot concerns, given Lam’s remarks focused on the stable supply of food from the mainland, while people were worried they could not get food delivered to their homes if a lockdown took place.

Lau Siu-kai, vice-president of semi-official think tank the Chinese Association of Hong Kong and Macau Studies, said that for a long time the problem had been a failure to present a united front.

He said different comments had come from Hong Kong officials and health experts, from both the city and the mainland, on matters concerning the pandemic.

“When there are such incongruities, people would rather rely on themselves to look after their own interests,” he said.

He suggested the government designate a single authoritative spokesman or spokeswoman and for others to refrain from commenting until a detailed plan was available.

On Tuesday, a letter purportedly written by entertainment tycoon Allan Zeman to the chief executive complained about “confusing messages coming out on a daily basis” from “so-called medical experts” and Sophia Chan. It was widely circulated online.

Zeman, dubbed the father of nightlife district Lan Kwai Fong, neither confirmed nor denied having written the letter when asked by the Post, but said he agreed largely with its content and believed it represented the views of many from the public.

The letter said rumours had been flying around about a lockdown, “after [Lam] clearly assured everyone of no lockdown”. It urged her to consider the businesses at stake, as well as people living in cramped housing.