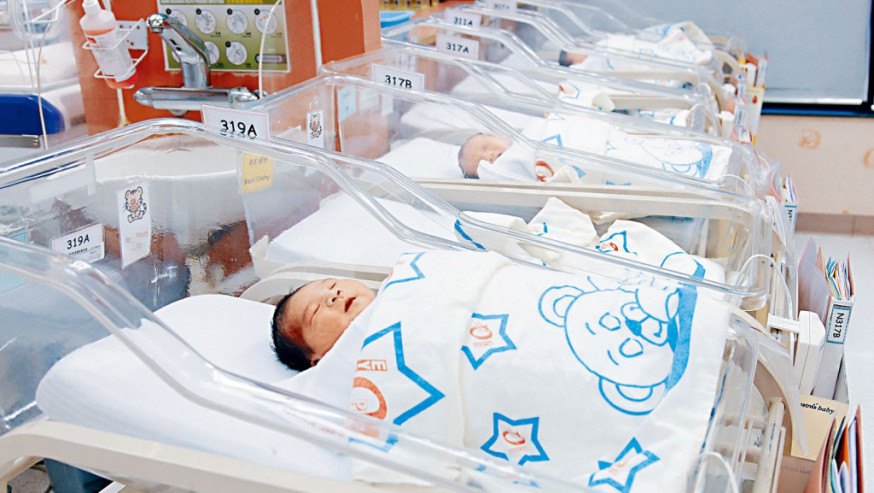 Labor chief Chris Sun Yuk-han expected Hong Kong's low birth rate to climb as the pandemic relaxes but stressed the government will not intervene too much, saying having children remains an important family decision for citizens.
Sun's remark came as lawmakers questioned if authorities would propose any new policy to boost the city's birth rate in the face of an aging population and the latest mobility trends.

Sun said the previous government cabinet had already set out all policies targeting the city's population. He added that so far, authorities have no plan to introduce a new committee to study and roll out more population policies.

The labor chief continued that many factors affect whether citizens would have kids, including their preferences and financial situation. Having children remains an important family decision, and the government should not intervene too much, Sun also said.

Sun added although Hong Kong's birth rate stands at 0.77 and has one of the lowest birth rates in the world, this situation happens not only in Hong Kong. He believed the birth rate dropped because of Covid and expected the rate to rebound as the pandemic relaxes.

Carmen Kan Wai-mun from the election committee constituency said she was disappointed by the government's reply and noted that population policies and talent programs are two different issues.

Kan also mentioned that there has been a huge transformation in Hong Kong's population over the past eight years and the city's aging issue is much worse than in other developed regions, with most Hongkongers getting married late and having few kids.

Meanwhile, Simon Lee, also from the election committee constituency, slammed the passive attitude of the Labor and Welfare Bureau as he called on the bureau to actively find out what causes the low birth rate and come up with appropriate solutions.
#COVID-19  #Covid
Add Comment