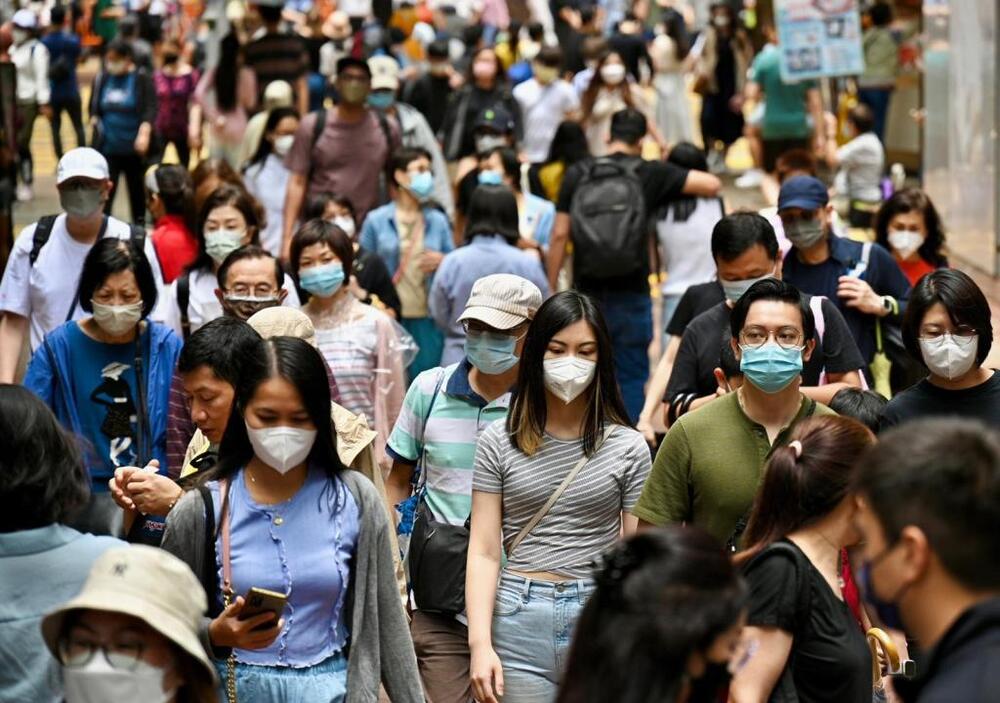 Hong Kong reported 259 new Covid cases and one death on Sunday, as a restaurant in Kwun Tong was found related to nine infections.
Among the new cases, 113 were confirmed through PCR tests, and 146 were positive rapid antigen test results reported by citizens. As a result, the overall Covid tally now exceeded 1.195 million.

Chuang Shuk-kwan, head of the communicable disease branch at the Centre for Health Protection, added 33 imported cases, including 17 detected at the airport. Thirteen arrived in Hong Kong on Saturday, while four arrived on Friday.

Chuang said nine of the patients on Sunday were found to have visited a restaurant, namely Imperial Kitchen, on the first floor of the Shing Yip Industrial Building in Kwun Tong after 5pm on May 9. Some of them claimed to stay only for a while, or to buy almond cakes or frozen meat.

Given the large number of people involved, the authorities issued a compulsory testing order to those who have been there from 5pm onward on that day. As the restaurant operated both dine-in and take-out, all people who have stayed there were subject to the order.

Meanwhile, one more case was added to the Sun Mong Club cluster in Hung Hom, which has so far recorded 11 diners and two staffers.

None of the new cases today was reported by schools or residential care homes.

The death involved an 82-year-old woman who passed away on Saturday and had received two doses of the Covid-19 vaccine.

Public hospitals and treatment facilities are now housing 722 patients, of whom one in critical condition is being treated in hospitals’ intensive care units.