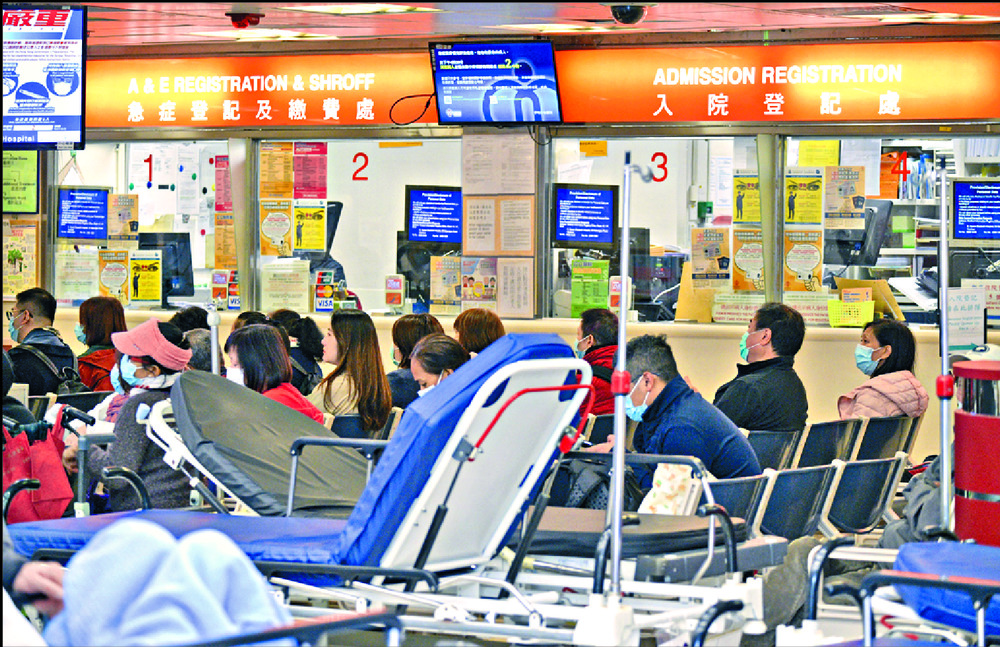 Queen Elizabeth Hospital should continue to offer accident and emergency services at its present site even after its move to Kai Tak, Kowloon Central geographical constituency candidate Starry Lee Wai-king said.
Lee's stance addressed then chief executive Leung Chun-ying's 2014 policy address announcement that the Jordan hospital would move to Kai Tak while its present site would be used for an ambulatory care center and a specialty hospital with 800 beds.

Speaking in a forum co-organized by Sing Tao Daily, Headline Daily and The Standard for Kowloon Central geographical constituency candidates, Lee said solely moving the hospital to Kai Tak will not be enough to cut down on the waiting time for medical services in Kowloon Central.

"We are experiencing an aging problem in Kowloon Central, with the elderly taking up 20 percent of the population in Kowloon City and Wong Tai Sin," said Lee, chairwoman of Democratic Alliance for the Betterment and Progress of Hong Kong.

"Therefore I propose keeping the accident and emergency services and specialty departments with long waiting times at the existing site," she added.

Lee also said bringing in doctors from overseas does not solve the core of the problem.

Kowloon City district council chairman Yang Wing-kit proposed adding accident and emergency services to Our Lady of Maryknoll Hospital in Wong Tai Sin after its redevelopment is complete, as the distance between Wong Tai Sin and both hospitals in the Kowloon Central cluster - Queen Elizabeth and Kwong Wah hospitals - is "too much."

"It will not get any better even if Queen Elizabeth Hospital is moved to Kai Tak, as it is equally as far from Wong Tai Sin," Yang said, adding that it is very inconvenient for the elderly in the district.

"The chief executive is just not tough enough, if she orders the Urban Renewal Authority to speed up, everything will be done," he said.