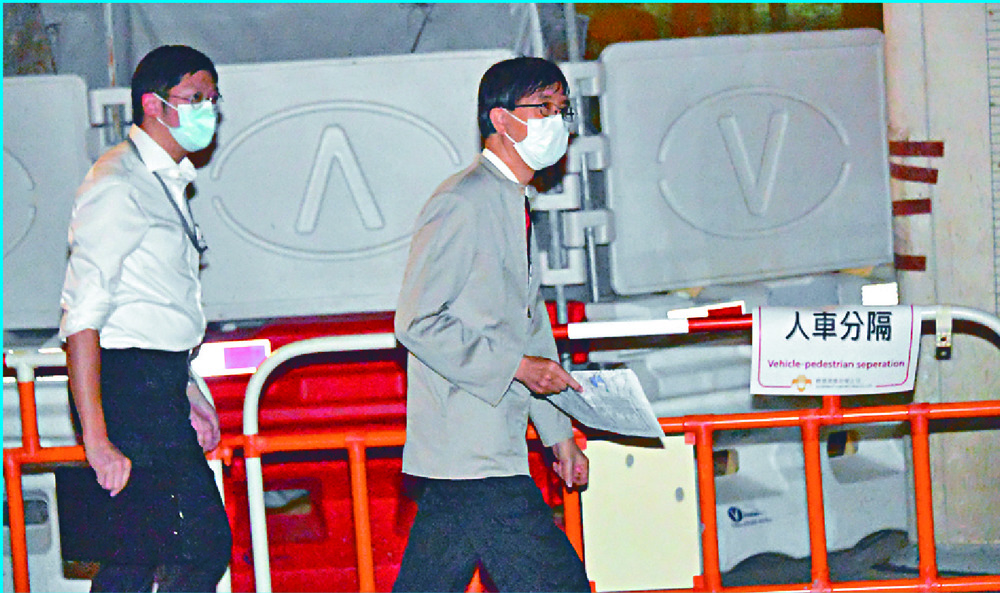 Water samples from two reservoirs in Sham Shui Po will be tested for the melioidosis bacterium, top microbiologist Yuen Kwok-yung said.
Authorities found burkholderia pseudomallei, which causes melioidosis, in soil samples at a construction site in a Pak Tin Estate redevelopment project, and Yuen said more samples from across the district must be tested to identify the source of infections there.

One more sufferer was found on Friday, taking the case tally to 31, including at least 20 Sham Shui Po residents.

Seven melioidosis sufferers - four men and three women aged from 54 to 93 - have died from an infection with a wide range of symptoms.

"We will need to take more samples from water pipes too, because many of them in the district have undergone repair works," he explained.

Yuen also suggested the Department of Health should consider listing melioidosis as a statutorily notifiable infectious disease so authorities can better monitor infections.

After four soil samples collected at the Pak Tin Estate site on Friday tested positive to burkholderia pseudomallei, authorities covered the soil with hydrated lime to kill the bacterium.

Yuen said some 150 workers were on the site, so authorities will arrange blood tests for them.

The latest infection was reported in an 83-year-old man on Friday.

The man was found unconscious after falling at home in Sham Shui Po and was sent to Caritas Medical Centre last Monday.

He was found to have rhabdomyolysis - a life-threatening condition caused by muscle breakdown and muscle death - and is in a serious condition.

Meanwhile, Yuen, who is also the SAR's Covid adviser, warned of mass outbreaks of seasonal influenza and other respiratory viral infections in the coming winter as they were largely prevented over the past three years amid stringent Covid measures.

"We can't afford to ditch compulsory masking, even for outdoors," he said.
#Covid
Add Comment