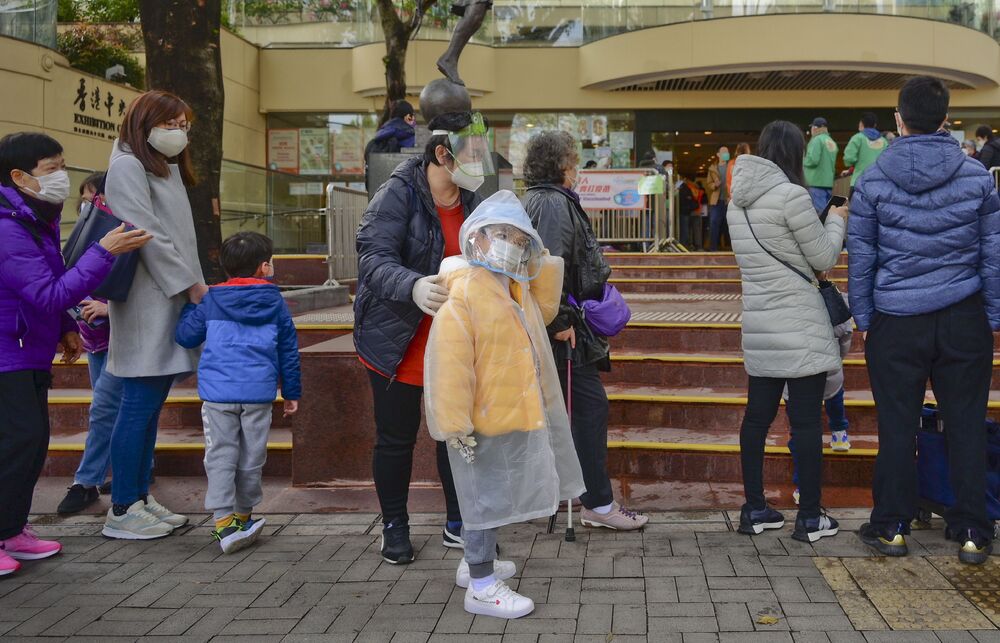 Insurance agent Emily Kwong, 30, is struggling to home-school her five-year-old daughter and is worried she has learned nothing due to Hong Kong's strict COVID-19 restrictions that have forced toddlers and teens into online classes.
Now plans by the government to close schools early in March are "disturbing the whole year", Kwong said, echoing concerns from parents and teachers in the global financial hub worried about their children's mental health and education.

"Just with the iPAD, the Zoom, for the whole two years... next year she will be in Year 1, and she will have learned nothing from the last two years," Kwong said.

For many children, the continued absence away from friends and a physical space to learn is adding to stress and anxiety.

"The kids are broken. I absolutely feel for them, there is nothing left in them. We are just trying to keep going," said a teacher at an international school, who declined to be identified as they were not authorised to speak to the media.

Hong Kong is pursuing a "dynamic zero Covid" strategy similar to mainland China, aiming to eradicate any outbreaks at all costs instead of trying to live with the virus.

Since the start of February, daily infections have surged around 70 times, overwhelming the health system.

The surprise move, announced by leader Carrie Lam on Tuesday, to let all students start their summer holidays in March to allow campuses to be used as testing and vaccination sites, has triggered a backlash.

Belinda Greer, chief executive of the English Schools Foundation (ESF) which has 18,000 students across 22 schools, said she would meet Education Bureau officials.

"This is clearly an extremely challenging development and a massive disruption to our work," she said.

The holiday break will run until April 17, with the last day of the school year pushed back to August, disrupting teaching and learning, especially for children sitting exams.

There are around 900,000 pupils out of school more than two years after the pandemic started in 2020. Many families in the densely populated Chinese-ruled territory live in tiny, high-rise apartments with several people over three generations, making online learning particularly difficult, with sometimes patchy WiFi connections.

The government said on Tuesday that mass testing for the city's 7.4 million people would start in March. The city has already reported Covid-related deaths of children as young as 11 months, exacerbating worries among some families.

Some said they were doubly anxious after instances where babies and children were separated from their parents due to one family member catching the virus.

This week an infected 11-month-old was made to isolate by herself in hospital despite desperate pleas from her parents to accompany her, drawing widespread concern as authorities said hospitals were overwhelmed and could not cope.

"As soon as we saw the news of the kid separation. I said, 'I am done'," said Sofia, a mother of two children aged four and seven, who said she had had enough of Hong Kong's Covid-19 policies.

She plans to leave the city earlier than planned, flying to Australia next week with her children before relocating to Singapore with her husband in June.

"The aim for zero cases here, it's absurd," she said. "We cannot get to zero. It plays on peoples' minds, why are we staying here?"
#COVID-19  #Covid
Add Comment