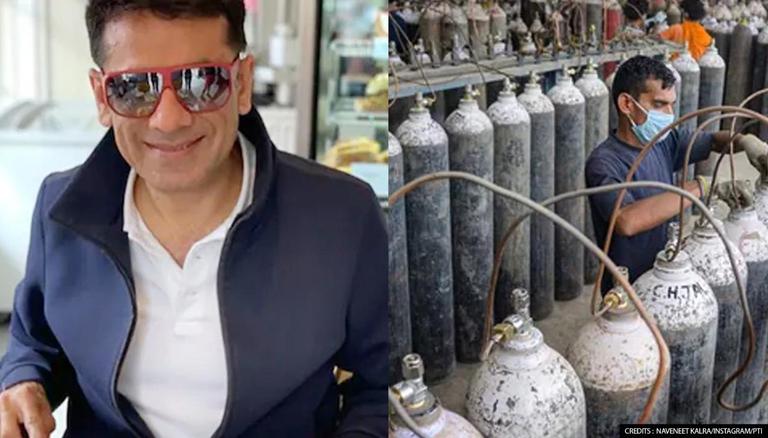 The order by the Licensing Unit dated July 23 announced the cancellation of the 'Registration Certificate' of Khan Chacha restaurant and Town Hall.

In the latest development in the Khan market oxygen racket, prime accused Navneet Kalra informed the Delhi High Court that licenses to two of his restaurants in the upscale area-- Town Hall and Khan Chacha had been cancelled. The information was shared by the accused with the court via an order of the Licensing Unit. The order by the Licensing Unit dated July 23 announced the cancellation of the 'Registration Certificate' of Khan Chacha restaurant and Town Hall, run by the businessman.

The Delhi HC was hearing a plea filed by Kalra on May 11 challenging the show-cause notice and suspension of his licenses by the Licensing Unit. Given that his licenses were now cancelled, the plea against their suspension did not hold ground. Following this development, the HC disposed of the case. Justice Rekha Palli told Navneet Kalra that he may exercise his legal remedies regarding this new development and file a plea challenging the cancellation instead of the suspension.

Amid the shortage of oxygen in the country, the Delhi Police in May recovered 524 seized oxygen concentrators out of which 96 were recovered from Khan Chacha restaurant, nine from Town Hall restaurant- both in Khan Market and 419 from Nege & Ju restaurant-cum bar in Lodhi Colony and the Matrix Cellular company’s godown in south Delhi’s Chhatarpur. Kalra is the owner of the aforesaid restaurants. The police registered an FIR under Sections 34, 120B, 188 and 420 of the Indian Penal Code and Sections 3 and 7 of the Essential Commodities Act.

According to the police, the accused persons are involved in hoarding and black marketing of oxygen concentrators. Moreover, it claimed that Matrix Cellular CEO Gaurav Khanna was overseeing the import of almost 7000 oxygen concentrators and their sale at high prices. As per the invoices, each Oxygen concentrator that had been procured in bulk for not more than Rs 14,000 to Rs 16,000 from Hong Kong and China was being sold in India between Rs 50,000- Rs 70,000.

As per the investigation, orders were initially taken through the X Factor application following which orders from other sources including social media were accepted. Several of these were also reported to be substandard products.