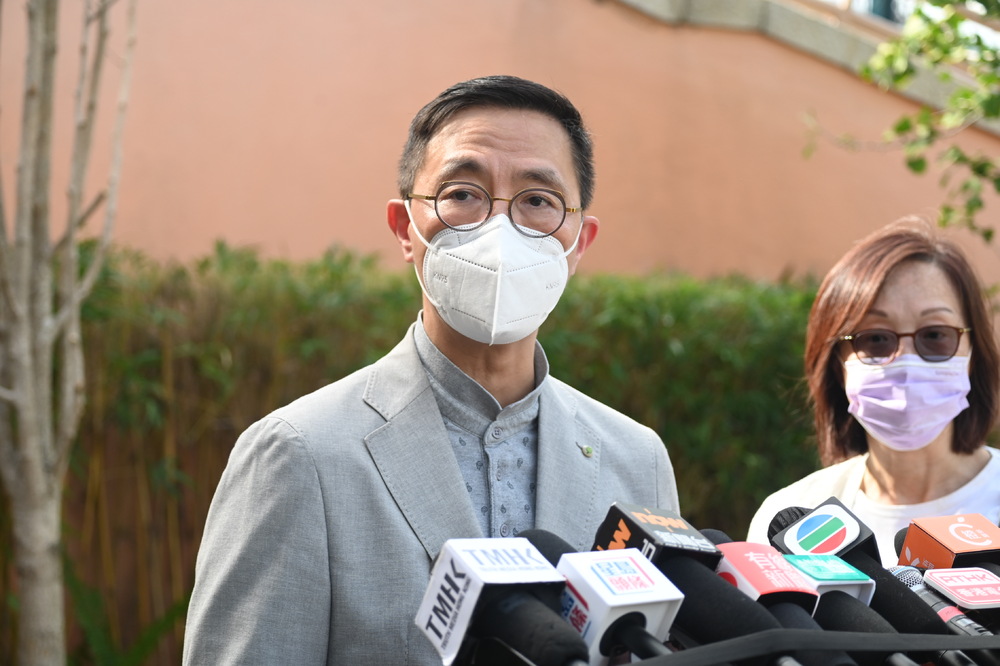 The tourism chief is confident that more visitors will be attracted to Hong Kong when authorities further relax the Covid-19 curbs.
Secretary for Culture, Sports and Tourism Kevin Yeung Yun-hung spoke to the media after attending an event at Ocean Park on Wednesday. He said that the city reacts very well to the latest "0+3" arrangement, which has increased international arrivals and allowed citizens to travel abroad more easily.

He admitted it takes time for the tourism sector to revive gradually and mentioned the government is now mulling with the Tourism Board on promotions of travelling to Hong Kong.

"We are still confident that Hong Kong, as a diverse international metropolis, remains attractive to a certain extent. Tourists will be attracted to Hong Kong when we further relax the anti-pandemic measures," Yeung said.

He continued that authorities are still reviewing the impact on the tourism sector under the "0+3" arrangement.

However, he highlighted differences between the "0+3" arrangement and the "0+0" proposal suggested by the business sector or even scrapping every one of the Covid rules.

He expected authorities to scrap more Covid rules before the end of this year to bring new hopes and opportunities to the industry.

On another note, Paulo Pong Kin-yee, chairman of the board of Ocean Park Corp, said the fifth wave of the pandemic thrashed the retail industry significantly. That also led to the failed tendering process of the park's redevelopment project of a new retail, dining and entertainment zone.

Pong added that the tendering process was launched between February and July, and about seven to eight operators were interested in bidding. Yet, it was severely interrupted during which the city entered the worst pandemic wave.

He also said the park now focuses on the tendering process of another redevelopment zone with the theme of adventures. He will continue to discuss any new adjustments to the redevelopment plan with authorities.
#COVID-19  #Covid
Add Comment