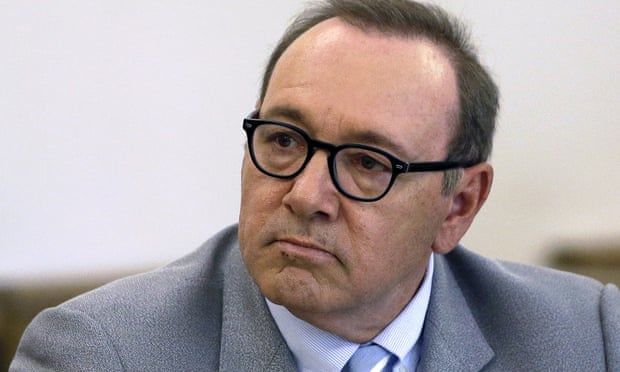 The CPS said it had also authorised a charge against the 62-year-old of causing a person to engage in penetrative sexual activity without consent.

The alleged incidents took place in London between March 2005 and August 2008, and in Gloucestershire in April 2013.

The development follows a review of evidence gathered by the Metropolitan police in its previous investigation into the actor.

Rosemary Ainslie, the head of the CPS special crime division, said: “The CPS has authorised criminal charges against Kevin Spacey, 62, for four counts of sexual assault against three men.

“The CPS has also authorised one charge of causing a person to engage in penetrative sexual activity without consent.

“The Crown Prosecution Service reminds all concerned that criminal proceedings against Mr Spacey are active and that he has the right to a fair trial.”

It is understood that while the CPS has authorised the charges, Spacey has not been formally charged because he is not in the country. It said it could not confirm or deny whether Spacey will need to be extradited to the UK. In general in cases such as this, the person concerned can choose to return to face charges. If this does not happen, prosecutors could seek to start extradition proceedings.

The authorised charges include two counts of sexual assault in London in March 2005 relating to one complainant, a man who is now in his 40s.

Another includes a second complainant, a man who is now in his 30s, in London in August 2008. The authorised charge of causing a person to engage in penetrative sexual activity without consent relates to the same alleged victim.

The final authorised charge is sexual assault against a third victim, a man who is now in his 30s, in Gloucestershire in April 2013.

The Met said it had updated all those whose allegations formed part of its investigation.

Spacey is a two-time Oscar winner with the best supporting actor award for The Usual Suspects in 1996 and the best actor prize in 2000 for American Beauty. He is also known for his roles in Netflix’s House Of Cards and the films Seven, LA Confidential and Baby Driver.

He was artistic director of the Old Vic theatre in London between 2004 and 2015. He grew up in California but lived in the capital for more than a decade, previously saying London had become his home.

Sexual assault allegations were first publicly raised against him in October 2017 as the #MeToo movement grew.

He was dropped from his acclaimed role as the politician Francis Underwood in House of Cards after the allegations emerged. He also lost the role of the oil tycoon J Paul Getty in Ridley Scott’s film All the Money in the World.

Spacey largely disappeared from public view but it was reported last year that he had taken a small role as a detective in an Italian crime drama about a man wrongly suspected of child abuse.

A trailer for his new movie Peter Five Eight, in which Spacey plays a villain, launched at the Cannes Film Festival this week. It will be his first major role since the abuse allegations against him emerged.

Spacey has previously denied all the allegations against him.
Add Comment