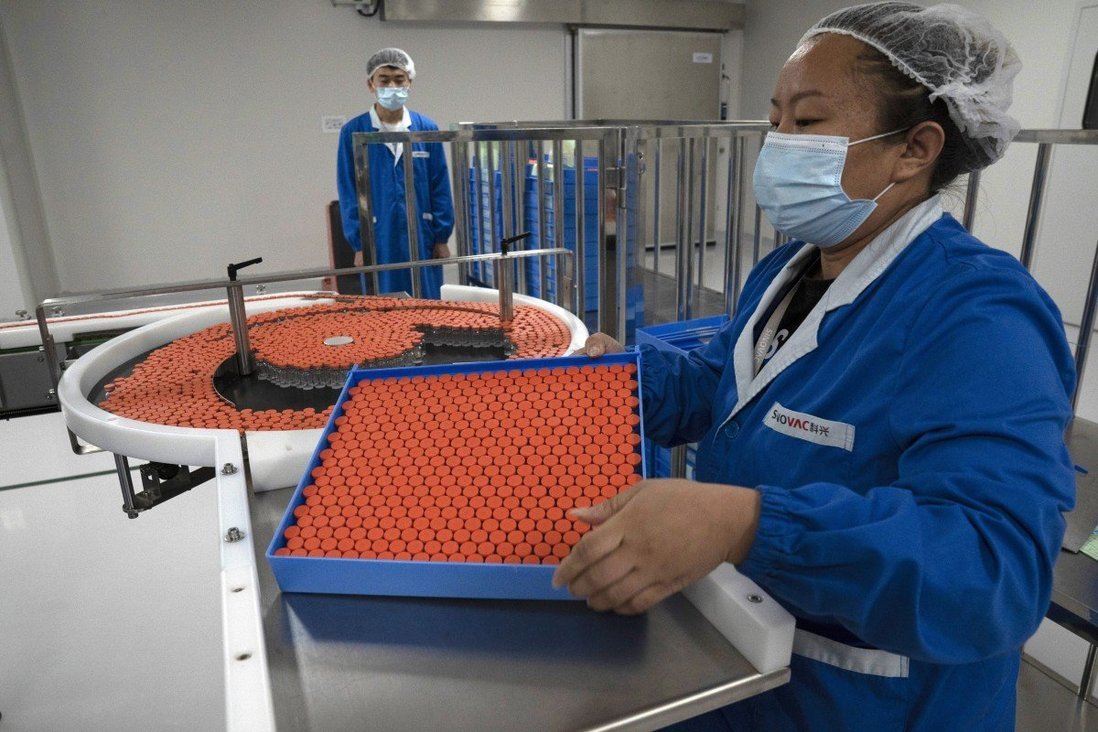 Major logistics companies across the world are gearing up to transport the vaccines, which are more fragile than regular shots. The historic urgency and volumes involved pose an unprecedented challenge for these firms.

Major logistics companies are prioritising the delivery of Covid-19 vaccines by applying for certification, acquiring new equipment and revamping capabilities such as location tracking and security, among other efforts.

Hong Kong-listed Kerry Logistics said it had bought specialised vehicles and freezers, and obtained the Good Distribution Practices certificate, a supply chain certification for medicine transport in line with European Union legislation. The company said it had even formed a team specifically for the task at hand.

“We are ready for it, based on our current logistics capacity,” Samuel Lau, the deputy managing director of integrated logistics at company, said in an interview recently.

Kerry has also been part of talks led by the government with airlines, the airport authority and other logistics firms about initial preparations. “There’s competition … There are more players who are prepared and can participate in the race [to transport the vaccines],” Lau said.

Major logistics companies across the world are gearing up to transport the vaccines, which are more fragile than regular shots and are very temperature-sensitive. The historic urgency and volumes involved – 10 billion doses according to DHL – pose an unprecedented challenge for these firms that has been exacerbated by the recent boom in e-commerce, the holiday gift-giving season and a crunch in aviation capacity. 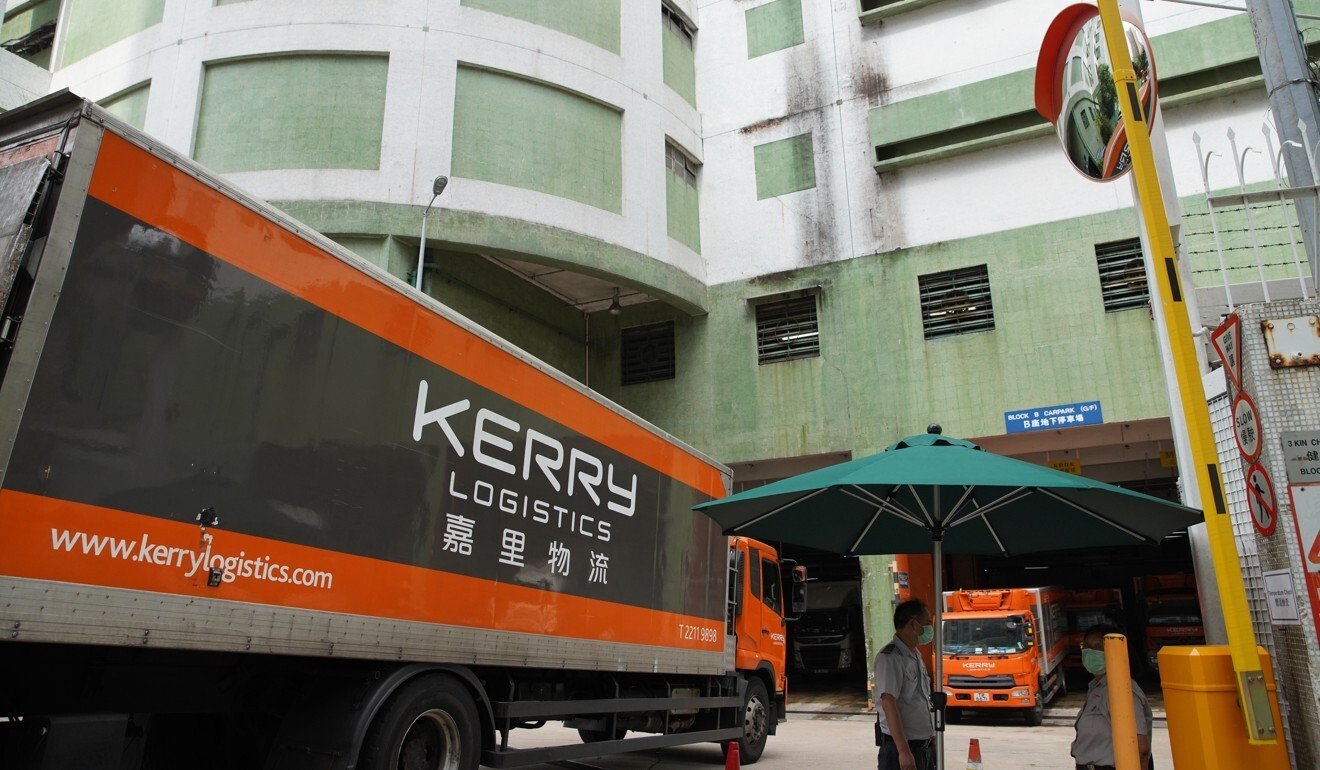 Kerry Logistics has bought specialised vehicles and freezers, and obtained the Good Distribution Practices certificate as part of its preparations for the vaccine’s roll-out.

The delivery of Covid-19 vaccines will present a bit of a learning curve for these companies, said Gerry Mattios, an expert partner with Bain & Company. He said that it normally takes two to three years to upgrade and improve logistics facilities, which might include the construction of warehouses, the introduction of new routes and the integration of new facilities to a company’s existing network.

“It’s not that I open Monday and then by Friday it’s fully operational at full capacity. Some of the equipment that will be used [by these firms for ferrying the Covid-19 vaccines] will be relatively new to them,” he added.

Kerry’s efforts have coincided with an announcement by the Hong Kong government, which said on Friday that it had reached an agreement with Beijing-based Sinovac and Shanghai Fosun Pharmaceutical for 7.5 million doses each of their Covid-19 vaccines. Fosun has exclusive marketing rights for China
for the vaccine developed by Germany’s BioNTech. Sophia Chan, the city’s health secretary, said this month that the vaccines will be offered to residents free of cost on a voluntary basis. The first million doses could be available as early as January.

The vaccines will require an unbroken chain of exact temperatures, between -20 and as low as -70 degrees Celsius, from start to the very end to remain viable, said Kawal Preet, president of the Asia-Pacific, Middle East and Africa division at FedEx Express. The vaccine developed by Pfizer and its German partner BioNTech, for instance, must be maintained at -70 degrees over longer periods of time.

“It is important for the network to have real-time tracking capabilities to stay abreast of the shipping conditions – humidity, temperature, location, barometric pressure, light exposure and shock events – in which pharmaceutical ingredients including vaccines are shipped,” she said.

FedEx had ramped up its cold chain facilities across the world to more than 90, to increase its capacity for delivering medical products such as the Coivd-19 vaccines, Preet said.

“FedEx is working closely with governments and our health care customers, as they prepare for vaccine distribution,” she said, adding that the company would provide logistics support for the delivery of coronavirus vaccines from US pharmaceutical company Moderna to Canada.

DHL Express, meanwhile, said it had received the necessary permits for moving dangerous goods in its preparation for the vaccines, which started three months ago.

He said the company had run test shipments along various routes and had been able to deliver on time. Its test shipments were equipped with devices to monitor the temperature as well as dry ice, which was essential to maintaining optimum conditions for the vaccines.

The company, whose normal transit time is one to five days, can keep the vaccines at -70 degrees for 10 days, Pearson added, which will let it transport the Pfizer-BioNTech vaccine.

Other than sub-zero temperatures, the Pfizer-BioNTech doses need to be used within six hours of being unfrozen. The company will provide suitcase-sized “bespoke vaccine freezer boxes” for the delivery of the vaccines. The freezers come with trackers that provide minute by minute information about the temperature, Sean Marett, BioNTech’s chief business officer said in a media briefing this month. Each box contains between 1,000 and 5,000 doses, he said, and each vial is enough to make five doses after dilution with saline solution, making one tray of vials enough for about 100 people. The Pfizer vaccine requires two shots per person.

Dry ice is in great demand amid the rush to distribute the vaccines. UPS said it had built new facilities that would allow it to produce about 540kg of dry ice per hour in the US and Canada. The company said it had also sourced portable freezers for the storage of the vaccines at between -20 and -80 degrees.

UPS, which will deliver the Pfizer vaccine, will use special labels with tracking technology in every vaccine and dry-ice package. Pfizer’s own monitoring devices will be attached to the shipments as well, Wesley Wheeler, president of global health care at UPS, said on Thursday. He told a hearing of the Senate Commerce, Science and Transportation Subcommittee that all information, including that on temperature, light exposure and motion, will be streamed constantly into command centres run by UPS and then be transmitted to the US federal government’s Operation Warp Speed vaccine workforce team. Its well-trained command centre staff will be able to intervene and recover the vaccine packages if disruptions occur.

UPS will load the suitcase-sized vaccine packages onto and off planes first, and prioritise their handling at hubs. The company will also tell pilots and drivers that they are transporting vaccines, and provide security escorts.

Both UPS and FedEx said they were closely working with airports and the US’s Federal Aviation Administration, which will ensure the vaccine shipments are given the highest priority.