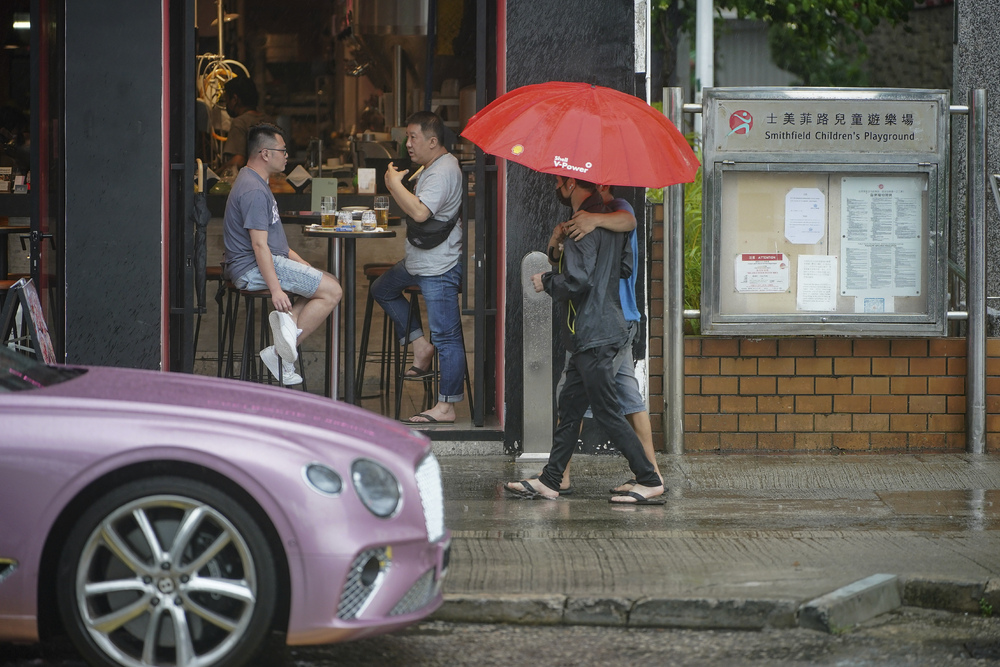 Residents in Kennedy Town were not too concerned even an emergency alert was issued by the Medicine Faculty of the University of Hong Kong, warning against dining in the district over a potential outbreak.
The faculty issued the alert on Thursday morning, saying that a large Covid-19 cluster is developing around Kennedy Town and urged citizens not to visit the area for lunch or other activities.

Yet, the news seemed not particularly stressful for those living nearby.

A secondary two student living in Sai Wan Estate said he's never heard of the emergency alert by HKU. He continued that the alert doesn't really concern him because he is a recovered Covid-19 patient, and cited news reports saying many have been infected already.

He added that he mostly dines at home and if he is eating out, he will probably visit restaurants near his school in Causeway Bay but not those in Kennedy Town.

Meanwhile, a tertiary student sunamed Kwok who lives in Kennedy Town noted that although numerous cases have been reported in the area, the pandemic development is out of her control.

“If it [the virus] comes, it comes,” Kwok said. Still, she continued that she will maintain personal hygiene and follow other anti-pandemic measures.

As for Kwun Lung Lau resident Chow, she headed to a testing center with her family after receiving the compulsory testing notice from authorities. She also said she took a rapid antigen test before leaving home and she received two doses of the vaccine already.

However, many businesses were upset by the outbreak cluster. Cheung, who owns a noodles restaurant on Belcher's Street, said the shop was “silenced” by outbreak news.

A customer even said Kennedy Town became a “dead town” after the HKU alert broke out.

Lee, a staffer from a restaurant near Sai Wan Estate, said the numbers of guests decreased by two-third while some others canceled their bookings.

Yet, Lee said she couldn't tell if the contracting business had anything to do with the HKU alert or the bad weather.

At the same time, supermarkets in the districts remained fully stocked. There was no sight of people flocking to shops and panic-buying as well.
#COVID-19  #vaccine  #Covid
Add Comment