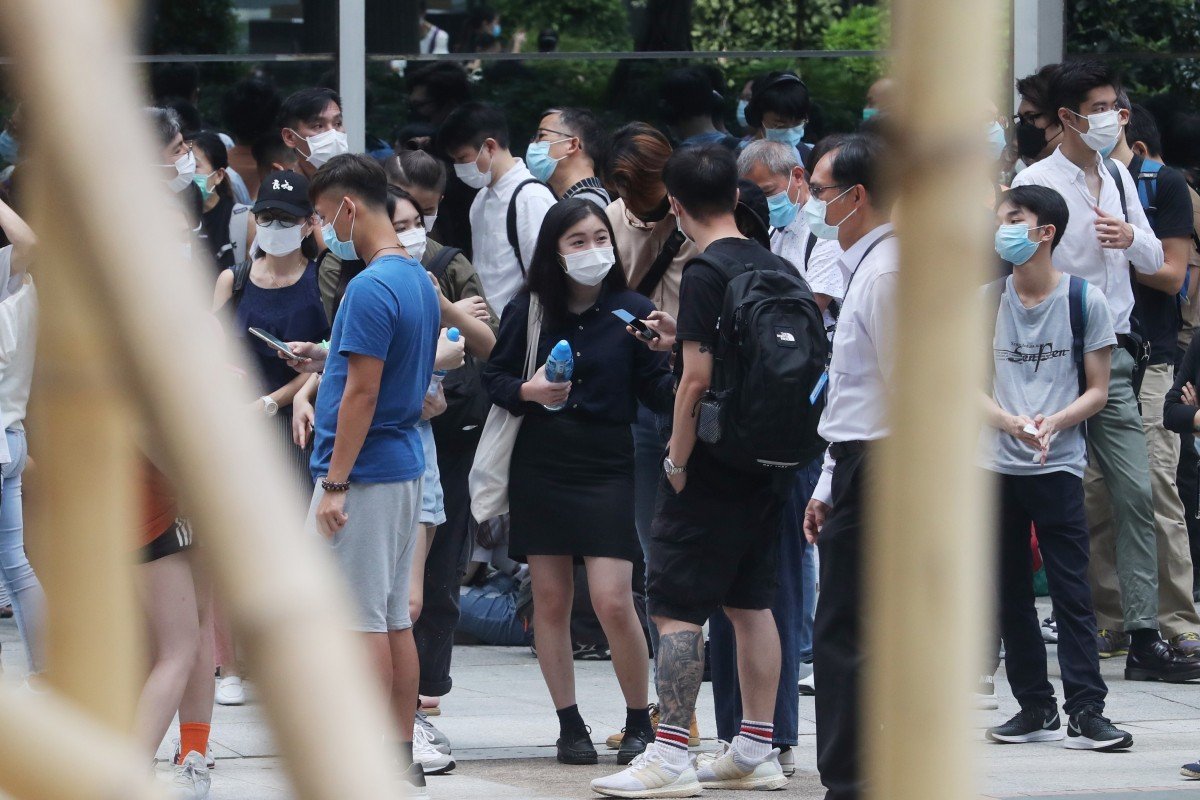 Hong Kong’s Department of Justice has lodged an appeal against a court’s decision to acquit a trio accused of rioting, arguing it could set a far-reaching precedent for letting off those who support the crimes of protesters.

Officials warned that vandals digging up roads and getaway drivers could evade justice under the legal reasoning of District Judge Anthony Kwok Kai-on, which they said “unnecessarily curtails” the scope of criminal acts committed during the anti-government protests of the past year, according to a legal document seen by the South China Morning Post.

While the department stopped short of seeking a reversal of the verdict, it took issue with the judge’s finding that, essentially, a person could not be guilty of taking part in a riot or unlawful assembly if they were not present at the crime scene, even though they might have played other roles.

It argued the ruling negated the long-established common law principle of “joint enterprise”, which is often used to convict accomplices to a crime, such as those helping to plan a murder or act as a getaway driver in a burglary. 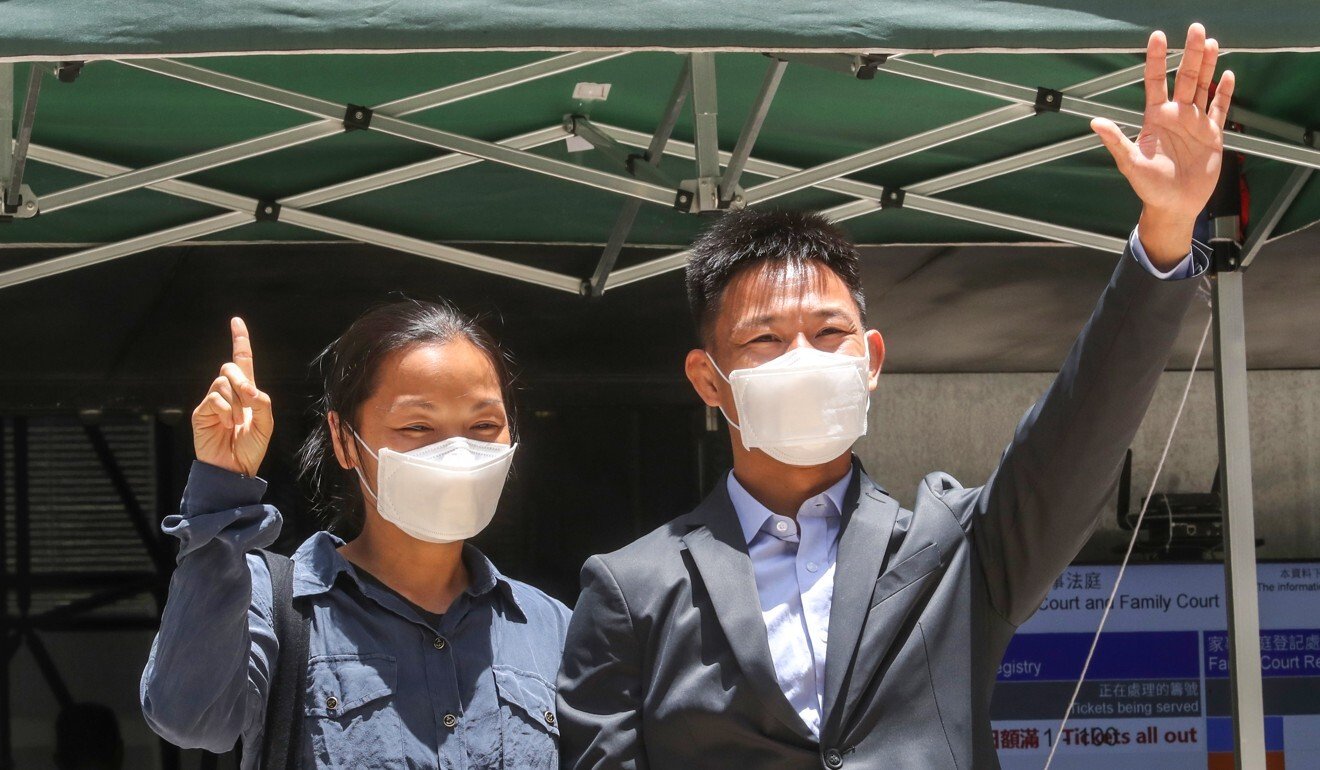 Elaine To and her husband Tong Wai-hung were also cleared.

The District Court judge acquitted student Natalie Lee Yuen-yui, 17, gym owner Tong Wai-hung, 39, and his wife, Elaine To, 42, on July 25 this year of rioting in Sai Wan in 2019, after they were arrested near – but not at – a protest site.

In doing so, he ruled that the joint enterprise principle would not apply to rioting and unlawful assembly, because the two offences required suspects to “assemble together” at the time of the offence.

The trio were the first to face riot charges over the social unrest, sparked last June by the now-withdrawn extradition bill that morphed into a wider anti-government movement.

The justice department flagged its concerns in appeal papers filed to the High Court.

“Unlawful assemblies and riots nowadays are highly fluid in nature and involve a myriad of participants in various roles,” said the legal document, signed off by Director of Public Prosecutions David Leung Cheuk-yin SC.

The document said the judge’s reasoning would lead to problems prosecuting “a lookout, a driver of a getaway car, a supplier of weapons or armour, a backup protester digging up bricks and gathering resources stationed a certain distance away”, as well as those apprehended away from the scene.

“The objective of this … is essentially to seek clarifications of the important points of law which have wide potential implications for a large number of ongoing and upcoming public order event cases,” the document said.

A spokesman from the Department of Justice said the appeal was filed to the Court of Appeal on September 15, although it was not challenging the verdict.

The court case centred on a series of protests on Hong Kong Island on July 28 last year. They began in the afternoon as an authorised assembly at Chater Garden in Central, but some there later marched towards Beijing’s liaison office in Sai Wan despite police objections.

The case against the trio, who were arrested some distance away from the protest, was based on circumstantial evidence, such as the defendants’ black clothing, protective gear and attempts to flee from police.

In acquitting the couple, Kwok said there was sufficient evidence to suggest they had been providing first aid near the protest site because police had found a significant amount of medical supplies among their belongings – including a belt bag bearing a Red Cross logo – and there was CCTV footage of them treating Lee after she was hit by a round of tear gas.

But the couple were found guilty of possessing apparatus for radio communications without a licence, in relation to walkie-talkies found in their backpacks, for which they were each fined HK$10,000 (US$1,282).

The judge also sided with Lee by conceding it was possible she was just accompanying a friend as she had insisted. Despite evidence of her presence at the protest site, he concluded prosecutors failed to prove their case beyond reasonable doubt.

The judiciary has recently been under intense scrutiny for its handling of politically charged cases, which has attracted complaints from both sides of the divide.

In its latest criticism, pro-Beijing newspaper Ta Kung Pao used a commentary on Monday to accuse two magistrates, Lam Tsz-kan and Stanley Ho Chun-yiu, of siding with the opposition camp.

The commentary called them “yellow judges”, referring to the colour that symbolises the opposition movement, and accused them of making “ridiculous judgments”.

Earlier this month, members of the opposition bloc filed a complaint with the judiciary against a magistrate who denied bail to an activist charged with uttering seditious words.