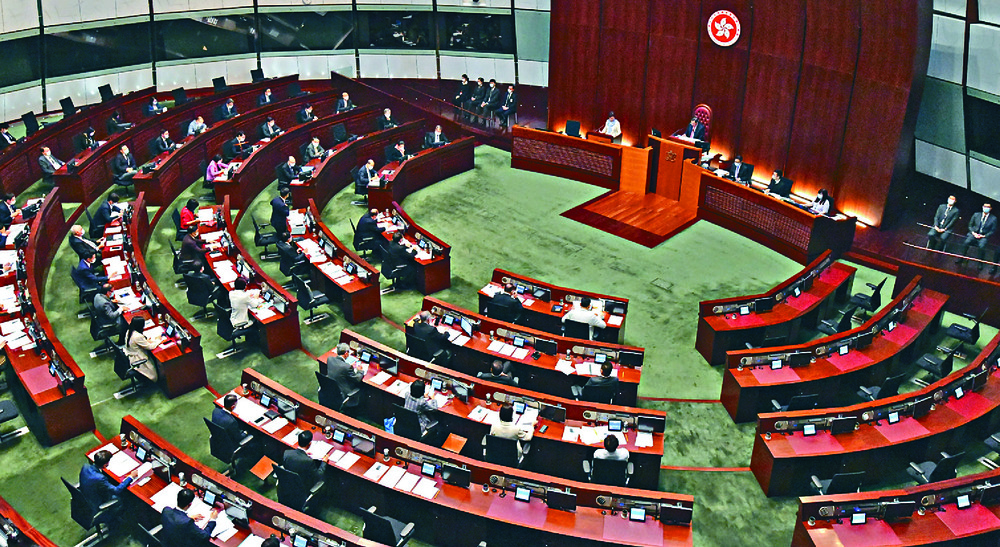 The Legislative Council's geographical constituency seats are expected to be reduced to 20 as the National People's Congress standing committee is set to pass electoral changes for Hong Kong as early as today.
There will also be changes to functional constituencies, with individual voters in some sectors, such as the IT sector, to be replaced by group votes - a change which will see sectors originally dominated by the pro-democracy camp changing hands to the pro-establishment camp.

In a two-day meeting that started yesterday, China's top legislative body is scrutinizing amendments to Basic Law annex I, which lays out election procedures for the SAR's chief executive, as well as annex II of the city's mini-constitution, which covers the composition of Legco and voting procedures for the body.

Sources said geographical constituency seats will most probably be reduced to 20 seats from the original 35, while the new Election Committee constituency is expected to get 40 seats out of 90.

The NPC passed a proposal on March 11 that increases the number of seats to 90 while adding a new Election Committee constituency.

But the proposal stopped short of discussing the composition of the new Legco, and remarks from Beijing officials earlier indicated that Beijing had already ruled out an equal split among the three constituencies.

The NPC standing committee meeting will wrap up this morning, and Hong Kong's sole delegate, Tam Yiu-chung, said on Sunday that there will be illustrations alongside the announcement of the amendments to help Hongkongers understand the electoral changes.

Sources added that Beijing will also adjust the electorate of functional constituencies, including changing the voting methods of nine constituencies that allow votes from both individuals and groups.

Of the nine, the information technology sector is usually dominated by the pro-democracy camp. The pro-democracy camp had also planned to run in the catering sector and sports, performing arts, culture and publication sector in the now-postponed Legco elections, which were originally scheduled for September 2000.

The seats representing these sectors are now widely expected to land in the hands of the pro-establishment camp, as sources said Beijing might no longer allow individuals to cast their own votes in the election - permitting only groups to collectively vote.
Add Comment