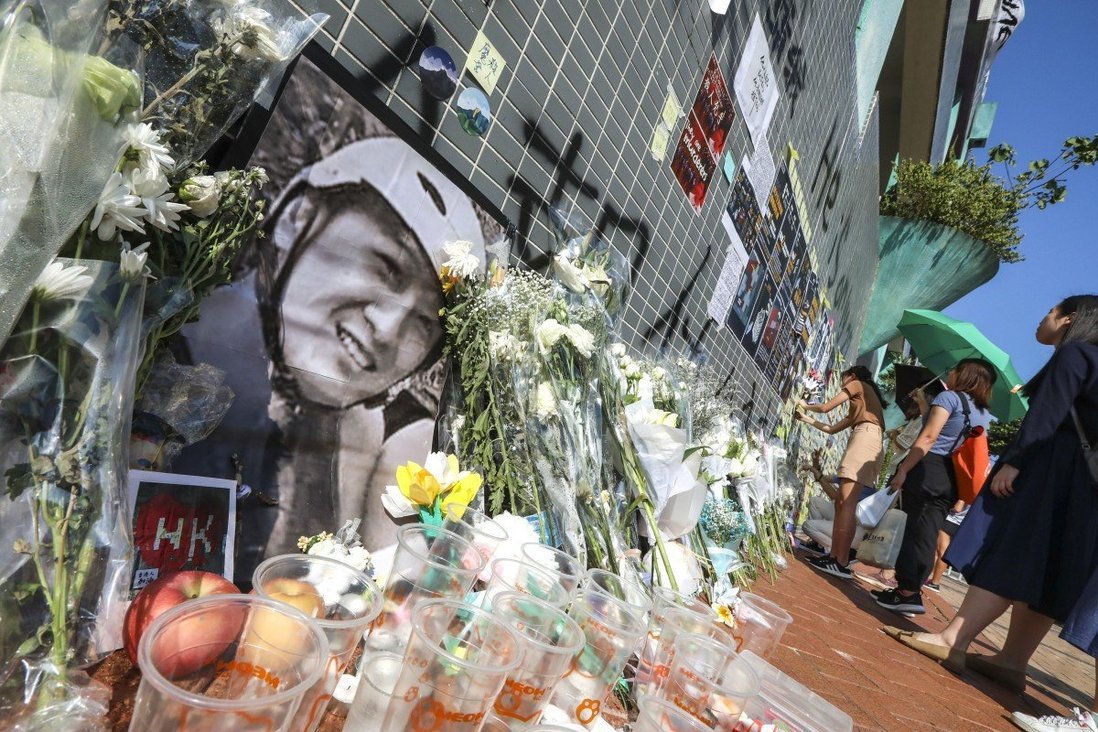 Coroner Ko Wai-hung says the evidence does not support the conclusion that Chow Tsz-lok was pushed to his death, given the nature of his injuries.

A jury will rule as early as on Friday on the cause of a Hong Kong student’s fatal fall in a car park near the site of a protest more than a year ago, as the presiding coroner on Thursday ruled out the possibility that the young man was pushed.

Coroner Ko Wai-hung gave instructions to the five-member jury on deliberations at the end of a five-week inquest into the death of Alex Chow Tsz-lok, who sustained severe head injuries after falling inside a multistorey car park in Tseung Kwan O in November of 2019.

The jury will decide on the cause of death for the 22-year-old, choosing from a range of possible findings deemed sufficiently substantiated by evidence submitted to the Coroner’s Court over the course of the inquiry. 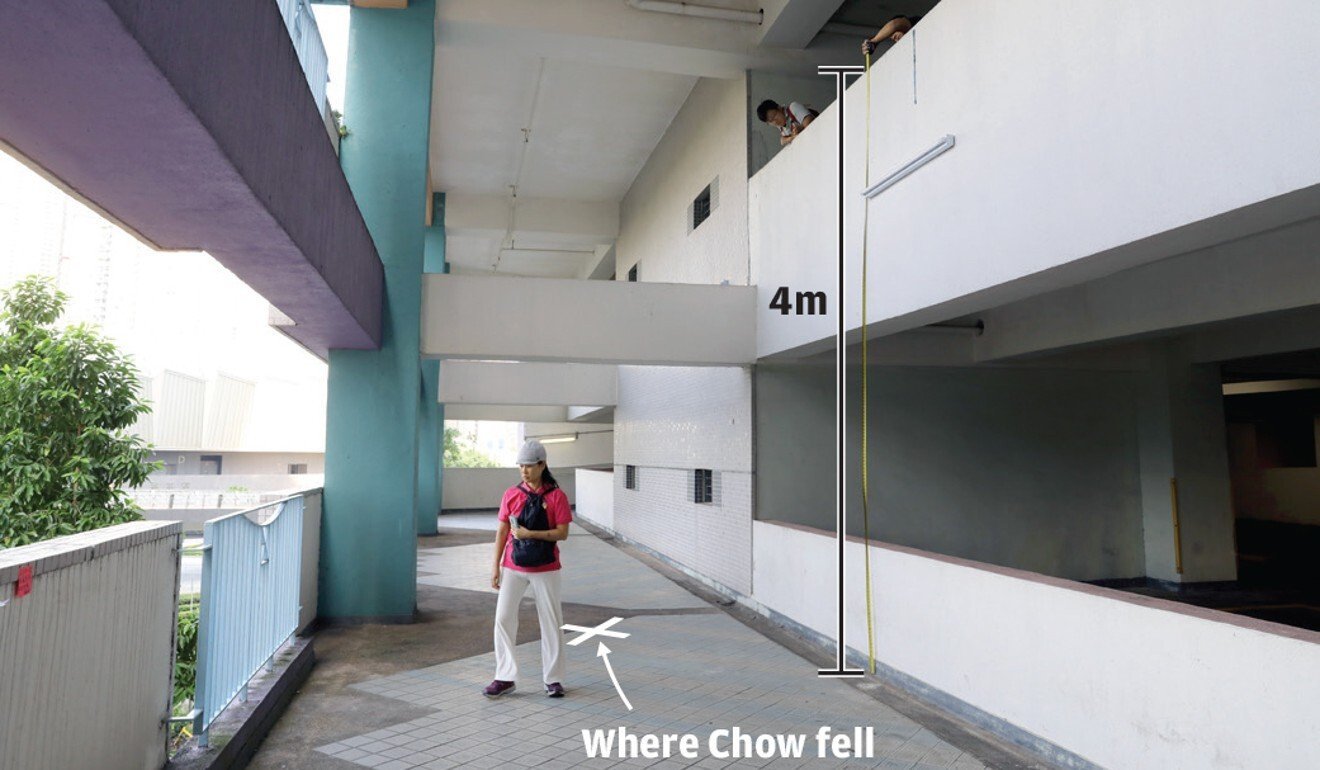 The Sheung Tak Estate car park in Tseung Kwan O, where Chow Tsz-lok fell from the third floor to the second floor.

While Ko had yet to reveal the full list of available options on Thursday, he said the jury could exclude the possibility that Chow was pushed over a low wall before falling four metres inside the car park, as that would be inconsistent with his injuries.

Chow, who studied at the Hong Kong University of Science and Technology, was found in a coma on the second floor of the Sheung Tak Estate car park in the early hours of November 4, 2019, as police were dispersing anti-government protesters nearby. He died in hospital four days later following heart failure.

The events preceding his fall, however, remained unclear, as security cameras inside the complex lost track of him eight seconds before the mishap.

A police lawyer insisted the only conclusion was that the undergraduate leapt over a 1.2-metre-tall wall on the third floor mistakenly believing there was a footpath behind it. The lawyer cited CCTV footage showing two unknown men jumping over an identical wall on the other side of the building on the night in question, only to hastily catch themselves before falling after appearing to realise there was no ledge on the other side.

But Chow’s family lawyer said that assertion was devoid of proof, and urged the jury to exercise caution when considering that possibility. 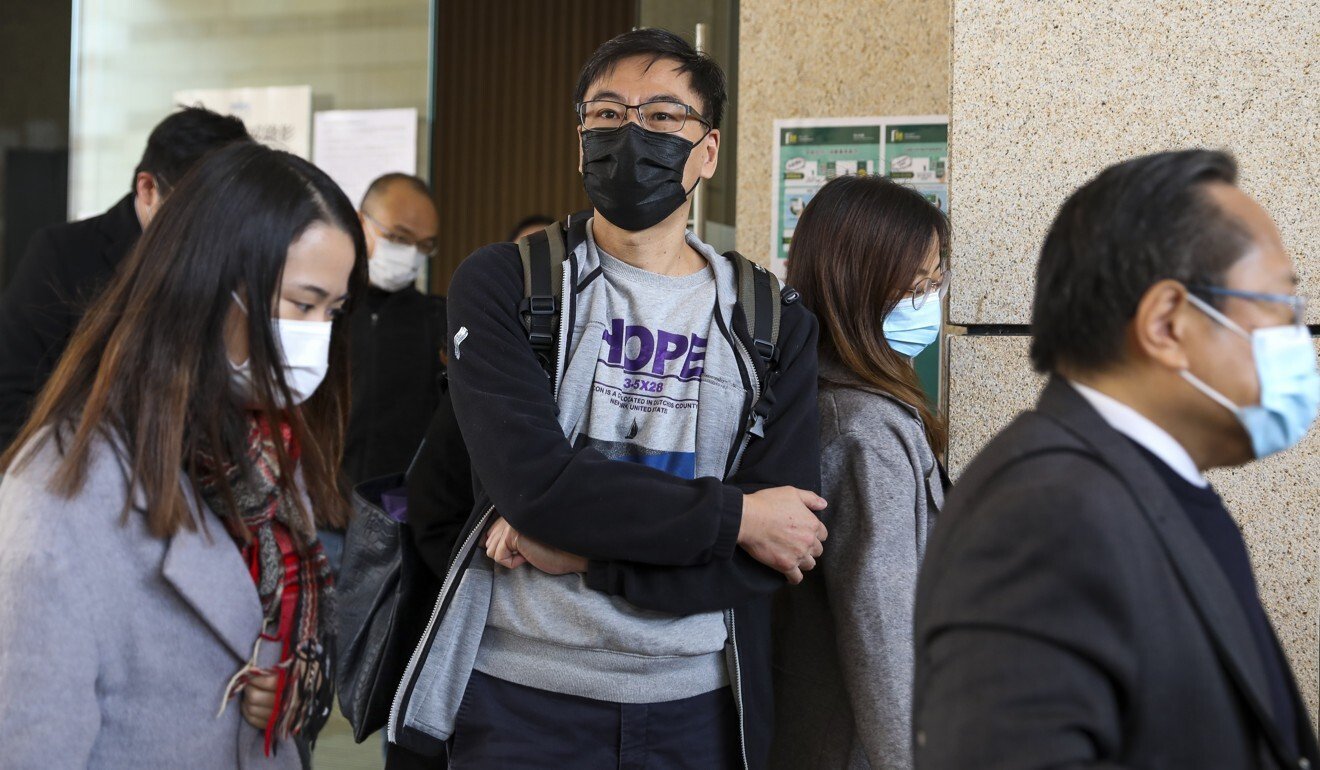 In Thursday’s directions, Ko said that if Chow had been pushed over the wall, he would have plunged to the floor below with the top of his head landing first. However, medical findings showed Chow’s injuries centred on the right parts of his body, which did not support that theory.

“You all can exclude [the possibility] that Tsz-lok was pushed … from behind,” Ko said.

He emphasised the jury should keep an open mind to other possibilities, and base their judgment solely on the evidence, rather than media reports or their subjective opinions.

The jury is expected to begin deliberations behind closed doors on Friday morning.