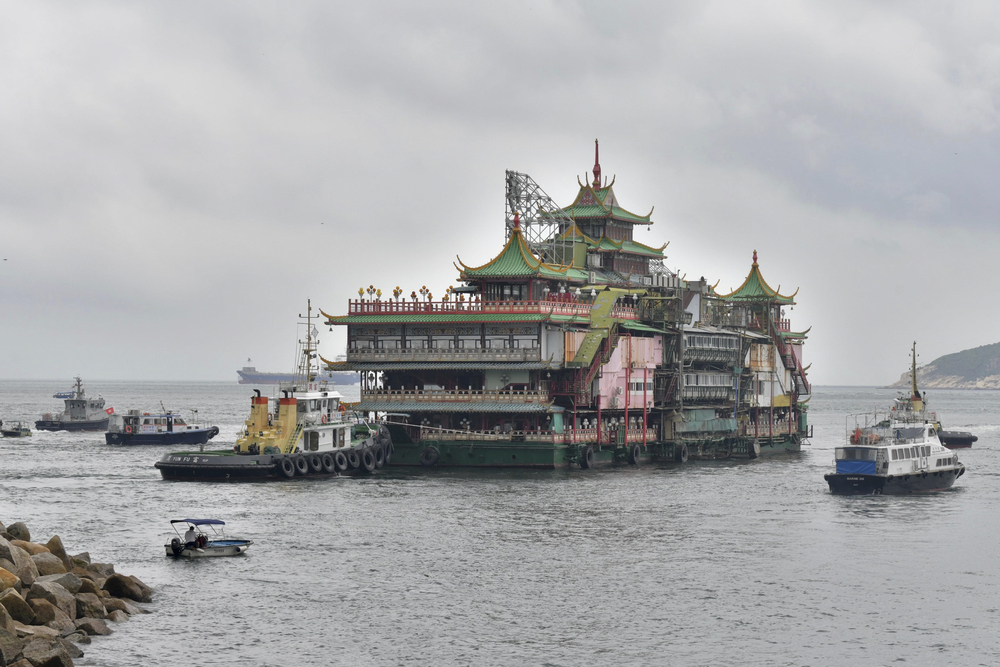 The Jumbo Floating Restaurant, which was towed away from Hong Kong last week, capsized in the South China Sea on Sunday after it began sinking due to extreme weather conditions of the previous day.
Aberdeen Restaurant Enterprises, the parent company of the restaurant, said that the 76-meter-long vessel encountered stormy waves on Saturday near Paracel Islands, causing the boat to partially sink.

The tugboat company tried to stabilize the vessel, but in vain, and the Jumbo fully listed into waters and capsized on Sunday.

No crew members were injured in the incident, but the salvage work will be extremely challenging as the ship capsized in waters of over 1000 meters in depth.

Aberdeen Restaurant Enterprises said in a statement that it is saddened by the unexpected mishap and that it is currently seeking further information about the incident from the tugboat company.

The restaurant group also said that Jumbo Floating Restaurant had hired professional maritime engineers to conduct a comprehensive examination of the hull and hoardings, and had obtained all necessary documents for the approval of the restaurant's voyage.

For almost half a century, Jumbo has been a destination for families and tourists. The restaurant has suspended operations since March 2020 amid the pandemic.

The news of the restaurant leaving Hong Kong was announced on May 30 as Aberdeen Restaurant Enterprises said it could not find a new operator and there was no berth to moor the ship. The company said that they had found a suitable shipyard for Jumbo in Southeast Asia but refused to say where the ship would be docked at that time.

The iconic restaurant’s kitchen barge capsized on May 31. Its parent company cited lack of funds to maintain the restaurant’s structural integrity amid a three-month shutdown.
Add Comment