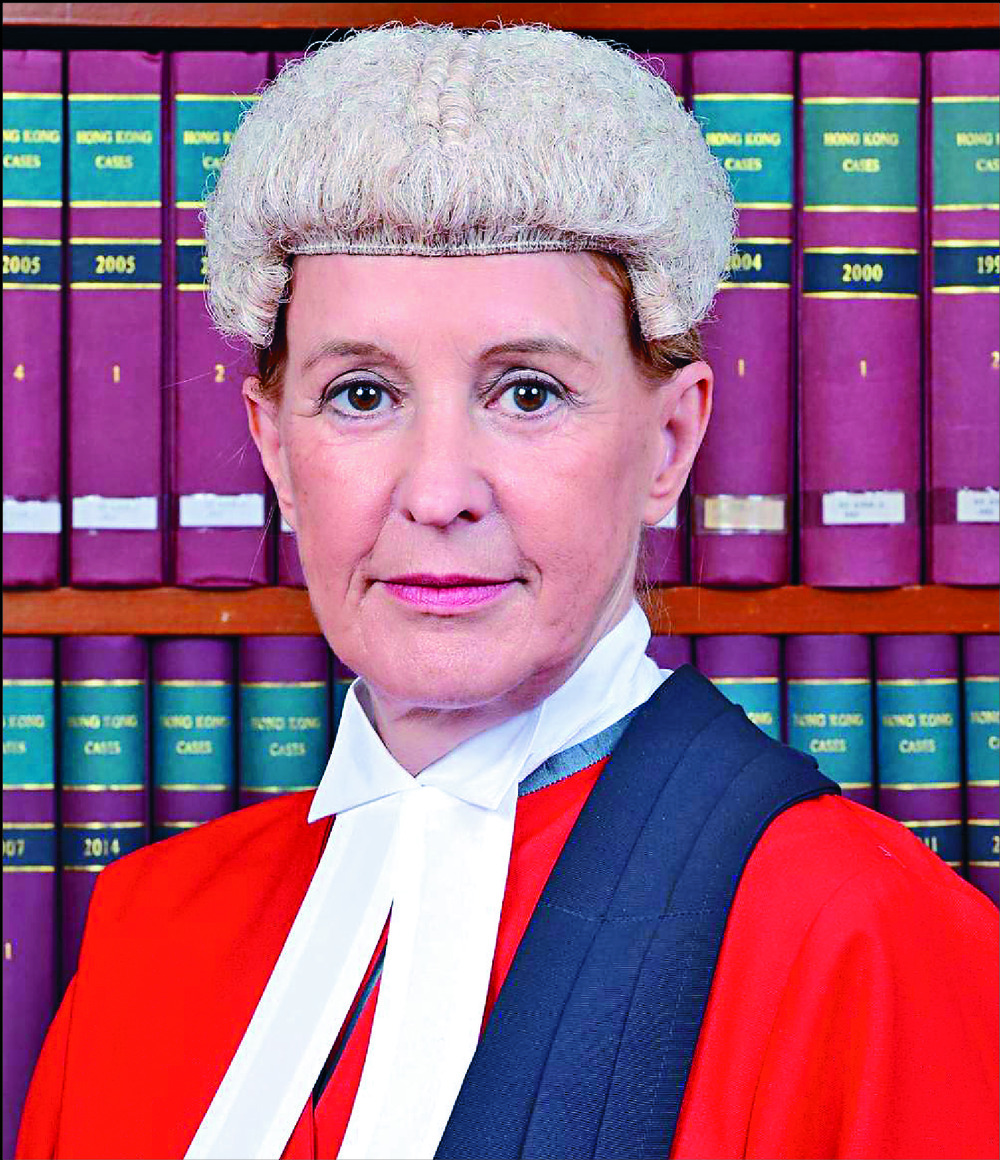 The Department of Justice took its appeal against the decision to the top court, and five judges said Campbell-Moffat had made "erroneous judicial decisions" and asked it to issue a warrant of arrest for John for a retrial to be handled by another judge.

John arrived on September 10, 2019, from Brazil via Switzerland and was intercepted by customs officers, who found 3.3 kilograms of cocaine, with an estimated worth of HK$4.97 million in false compartments in his two suitcases.

In a videotaped interview, John said under caution he had met and fallen in love with a woman, called Yolanda over the internet, who asked him to do her a "favor" to collect confidential inheritance documents on her behalf from Brazil, while denying knowledge of drugs in his suitcases.

He was charged with one count of trafficking dangerous drugs and remanded in custody pending trial.

In a case management hearing in late 2021, prosecution and defense agreed to use a series of WhatsApp messages in John's mobile phone as evidence.

But Campbell-Moffat, "of her own motion," mistook the purpose of the evidence and gave a voir dire ruling that the messages were inadmissible on the grounds that John's phone was allegedly mishandled by customs officers.

He then applied for a permanent stay of proceedings on grounds of an unfair trial without the WhatsApp evidence to prove he had no knowledge about the drugs.

Campbell-Moffat granted his application, and released him on bail, despite the prosecution stating its intention to appeal against the stay to the top court.

"If such a trial were to result in his conviction, and that is a matter of speculation at this stage, he would be liable to imprisonment for a lengthy period in light of the quantity of drugs involved."

The judges asked court of first instance to issue an arrest warrant on John, but added "there is no certainty" John will return to the SAR voluntarily to face the trial.

According to the Dangerous Drugs Ordinance, the maximum penalty for drug trafficking in Hong Kong is life imprisonment and a HK$5 million fine.
#Johnson
Add Comment