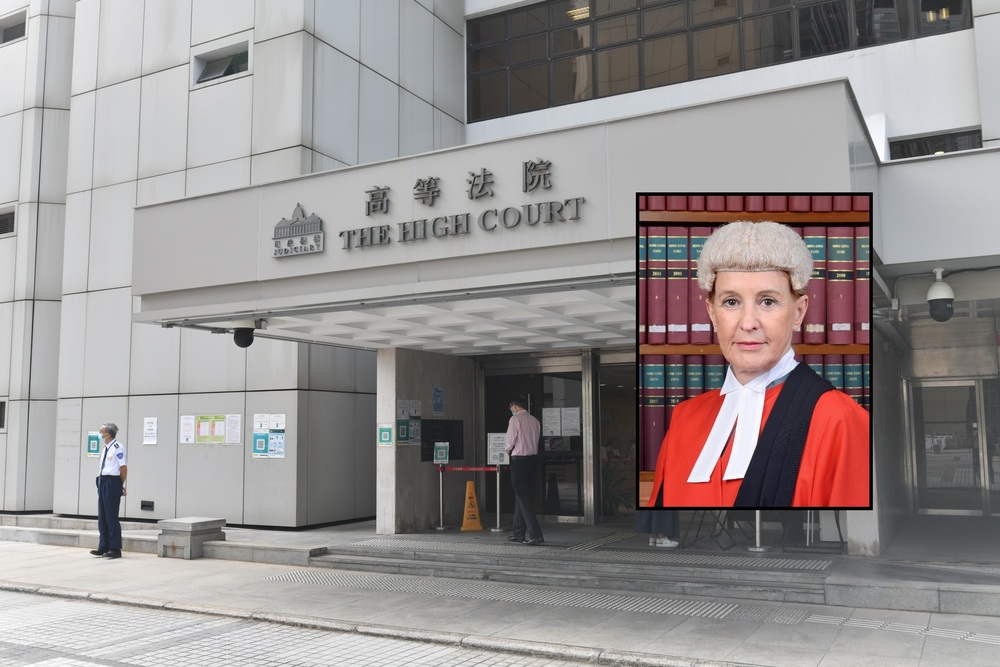 Judge Audrey Campbell-Moffat of the High Court's Court of First Instance submitted her resignation to Chief Justice Andrew Cheung Kui-nung in August amid criticism challenging her unjust rulings in three drug trafficking cases.
Her resignation came after she was also slammed by the Court of Appeal and the Court of Final Appeal for her “erroneous” and “flawed ruling,” according to Sing Tao Daily, The Standard's sister publication.

A spokesman for the Judiciary on Wednesday confirmed Campbell-Moffat, 66, informed the Chief Justice in August that she decided to take early retirement.

She is expected to leave the judiciary next August, as the early retirement application is to be handed in a year in advance.

In one case, a 68-year-old English man Milne John was charged with trafficking in a dangerous drug after he was caught in possession of over 3,000g of cocaine worth about HK$5 million at the airport as he arrived from Brazil in September 2019.

However, judge Campbell-Moffat at the time rejected the conversation records on messaging app WhatsApp submitted to the court, agreed by both the prosecution and the defense. She also granted John a permanent stay of proceedings and insisted on allowing him to leave Hong Kong when the Department of Justice was filing an appeal.

DoJ's appeal was approved by the Court of Final Appeal on Monday, as a panel of five judges, including Cheung, pointed out in the written judgment that “the judge trespassed into the function of the jury in deciding the weight and reliability of the contents of the mobile phone.”

John left Hong Kong on March 20, just two days after he was granted the permanent stay of proceedings and remained gone for good.

In two other drug trafficking cases at the airport, where a Honduran and two Indonesians were found with drugs worth HK$5.14 million, Campbell-Moffat ruled there was no case to answer, but her ruling was also overruled by the Court of Appeal.

In the judgments released on October 28, a panel of three judges penned that “they [the submissions of no case to answer] were wrongly decided.”

Records showed that Campbell-Moffat was fined HK$1,000 in May for careless driving on Mount Kellett Road last December.

Campbell-Moffat was born in 1956 in England. She obtained a Bachelor of Arts Degree in Economics from the Open University and an LL.B. from the University of Reading in the UK in 1982 and 1986, respectively. She acquired LL.M. from King's College, the University of London in 1990.

According to the spokesman for the Judiciary, Campbell-Moffat had before chosen to extend the retirement ages from 65 to 70 under the Judicial Officers (Extension of Retirement Age) (Amendment) Ordinance, which came into force in 2019.

And referring to the Pension Benefits (Judicial Officers) Ordinance, a High Court Judge subject to the retirement age extension arrangement could apply for voluntary early retirement after he attaining the age of 65 years.
Add Comment