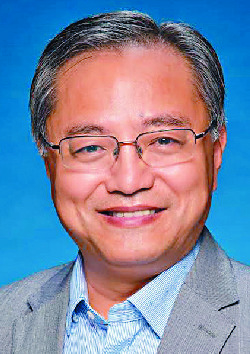 The fourth sector in Hong Kong is not alone in facing difficulties, says a local journalism professor who is part of the founding team of a new Asia-Pacific journal that aims to be a shared platform for media veterans.
The Asia-Pacific Journalism Review, which published its first edition on Thursday, is a bilingual publication published every four months.It was launched by the Institute for Journalism and Society under the Baptist University's school of communication.

Its editor, Raymond Li, said the publication serves as an exchange platform for the sector in Hong Kong and the region.

"We understand that not only Hong Kong, but the global news industry, is also facing many challenges," Li said. Indeed, the theme of the magazine's first edition is "journalism in crisis."

In an editorial, the editorial team addressed difficulties traditional media outlets face, such as losing their market position with the rise of online media.

Media outlets in Hong Kong are facing decline, closure and staff cuts, while the global news industry is facing a crisis of credibility in the era of "fake news."

Li said the news industries in Hong Kong, the United States and the United Kingdom are facing similar challenges, with readers holding a "viewpoint comes first" attitude when selecting news to read.

He noted that readers will choose outlets based on whether they share similar viewpoints.

Li said: "If the audience does not like a particular media outlet, even if the media reported facts, it may still be disregarded." Such phenomena became prominent in Hong Kong since the unrest two years ago. Li added that media outlets had to "adjust" their operations following the implementation of the national security law.

In the face of a "very gloomy" media environment, Li said the platform is much needed for sharing news coverage experiences and a sense of journalism ethics.

"Despite the difficulties and challenges, the news industry will not die as long as it upholds the belief that 'truth is virtue,'" he added.

The launch came as sources say the vice president of Now News' news department Annie Cheng told colleagues yesterday that she had tendered her resignation after working there for 16 years. Cheng is expected to leave in the middle of next month. She described the news industry this year as "most stormy."

This came after the former managing editor of TVB News, Chan Tit-piu, took over as the head of Now News last June.
#Facebook
Add Comment