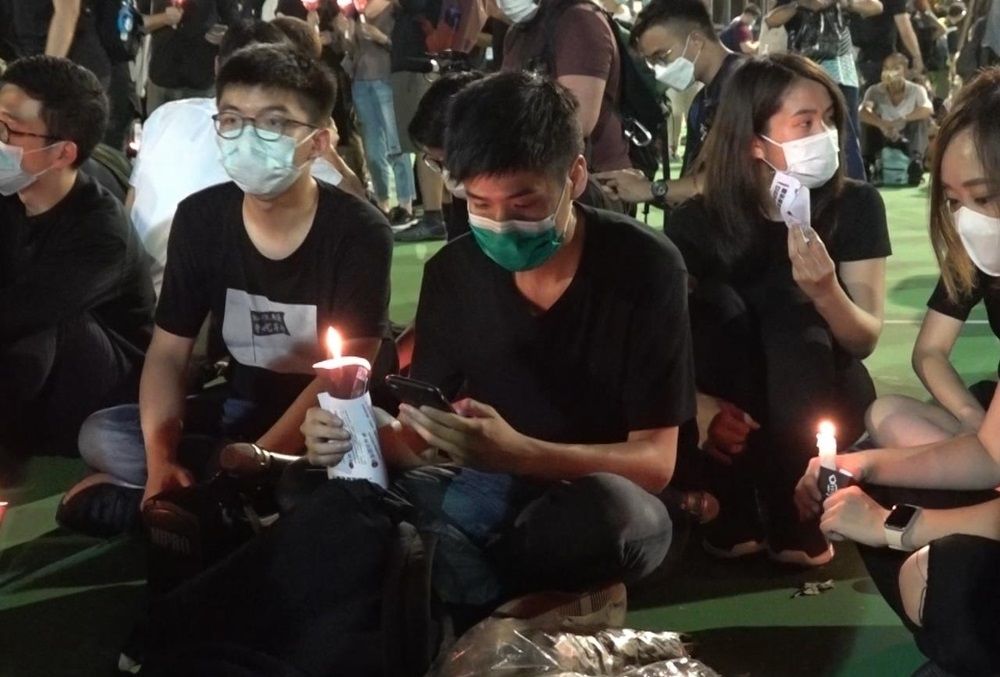 Four pro-democracy figures on Friday pleaded guilty to taking part in an unauthorized assembly on June 4 last year in Victoria Park, RTHK reports.
Activist Joshua Wong Ch-fung, district councillors Lester Shum, Tiffany Yuen and Jannelle Leung are among 24 pro-democracy figures charged for their roles in an annual candlelight vigil to commemorate the victims of the Tiananmen Square massacre in Beijing in 1989.

The vigil was banned by police for the first time last year, citing the city's coronavirus situation.

At the District Court, the four admitted to joining the unauthorized rally last year.

Former lawmaker Chu Hoi-dick had earlier indicated that he would plead guilty, but his lawyer told the court that his client has not yet made a decision.

Judge Stanley Chan told Chu’s lawyer that this might strip the former lawmaker of the chance to have his sentence reduced, and Chu’s lawyer said he understood.

The judge then agreed to adjourn Chu's hearing to June 11, when the court will also handle cases against the 19 other pro-democracy figures over their alleged roles in the same rally.

During the hearing, Chu gave a thumbs up towards his supporters in the public gallery and said “thank you everyone” and “add oil”.

Wong is already serving time in jail for a protest outside police headquarters in 2019. He was given a separate four-month sentence after pleading guilty to joining an unauthorised assembly two years ago and violating the anti-mask law he was protesting against.

Wong has also been charged, along with Shum and Yuen, with subversion under the national security law. The three were charged for their alleged roles in a primary for the cancelled Legislative Council polls in 2020, and all three remain in custody.
#Coronavirus
Add Comment