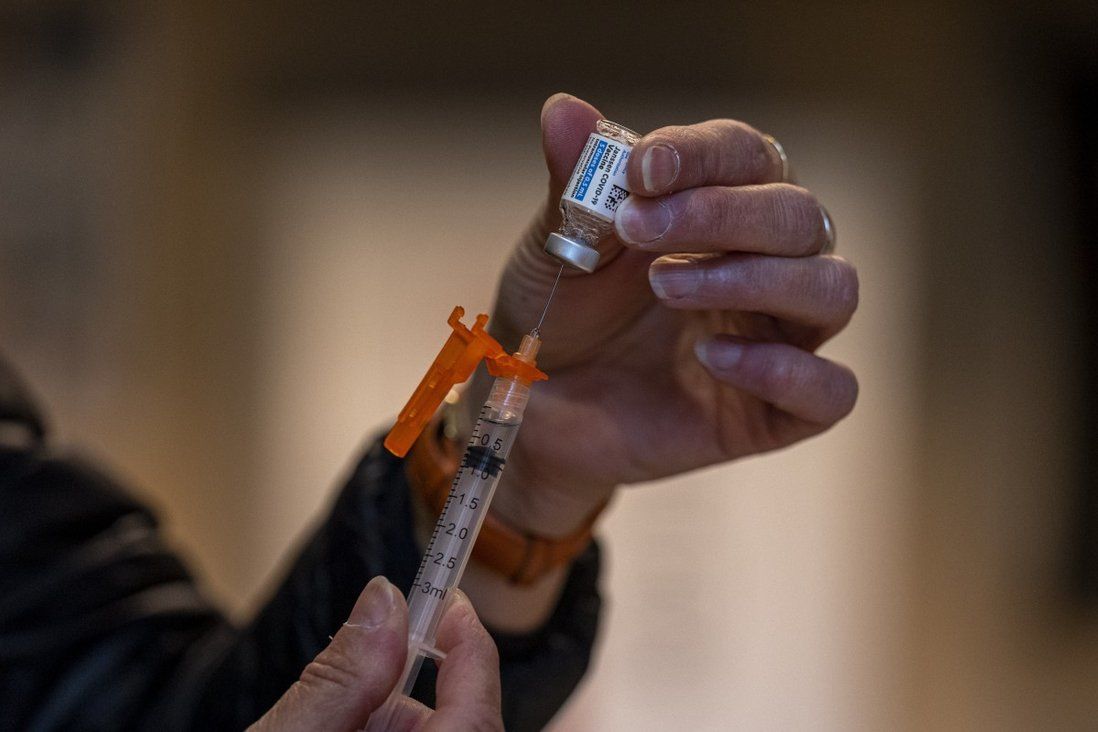 Top public health experts such as Professor Gabriel Leung, dean of the University of Hong Kong’s faculty of medicine, believe the government also needs to come up with more incentives to overcome residents’ ‘vaccine hesitancy’.

US drug giant Johnson & Johnson, whose Covid-19 vaccine has been touted by some local health experts as a promising replacement for the AstraZeneca jab, has no plans to supply Hong Kong this year, the Post has learned.

While officials are pinning their hopes on second-generation jabs to counter new coronavirus variants, top public health experts such as Professor Gabriel Leung, dean of the University of Hong Kong’s faculty of medicine, believe the government also needs to come up with more incentives to overcome residents’ “vaccine hesitancy” and rescue a lacklustre inoculation drive.

Incentives could include loosened regulations for vaccine recipients to visit relatives in care homes and hospitals, he said.

“If the government believes in the efficacy of the vaccines, then there should be differences in the level of restrictions for individuals between those who have received the vaccine and those who have not,” Leung said. “This is based on science, not quid pro quo.”

Hong Kong’s next move is being watched with keen interest after the government dramatically pulled out of a key part of its agreement with AstraZeneca this week and asked the embattled British-Swedish firm not to deliver the first batch of 7.5 million Covid-19 vaccine shots in the second half of this year as planned.

The move followed findings by the European Medicines Agency of a “very rare” link between blood clots and the vaccine, which AstraZeneca co-developed with the University of Oxford. Local health experts had also expressed concerns that while the vaccine offered 70 per cent protection against the non-mutated coronavirus, it was only 10 per cent effective for a new South African variant.

The government said it was now looking for second-generation vaccines that could better handle new variants, but experts such as respiratory medicine specialist Professor David Hui Shu-cheong and pharmacist William Chui Chun-ming urged the authorities to eye other worthy first-generation candidates like Johnson & Johnson’s, which is made by its unit Janssen Pharmaceuticals. 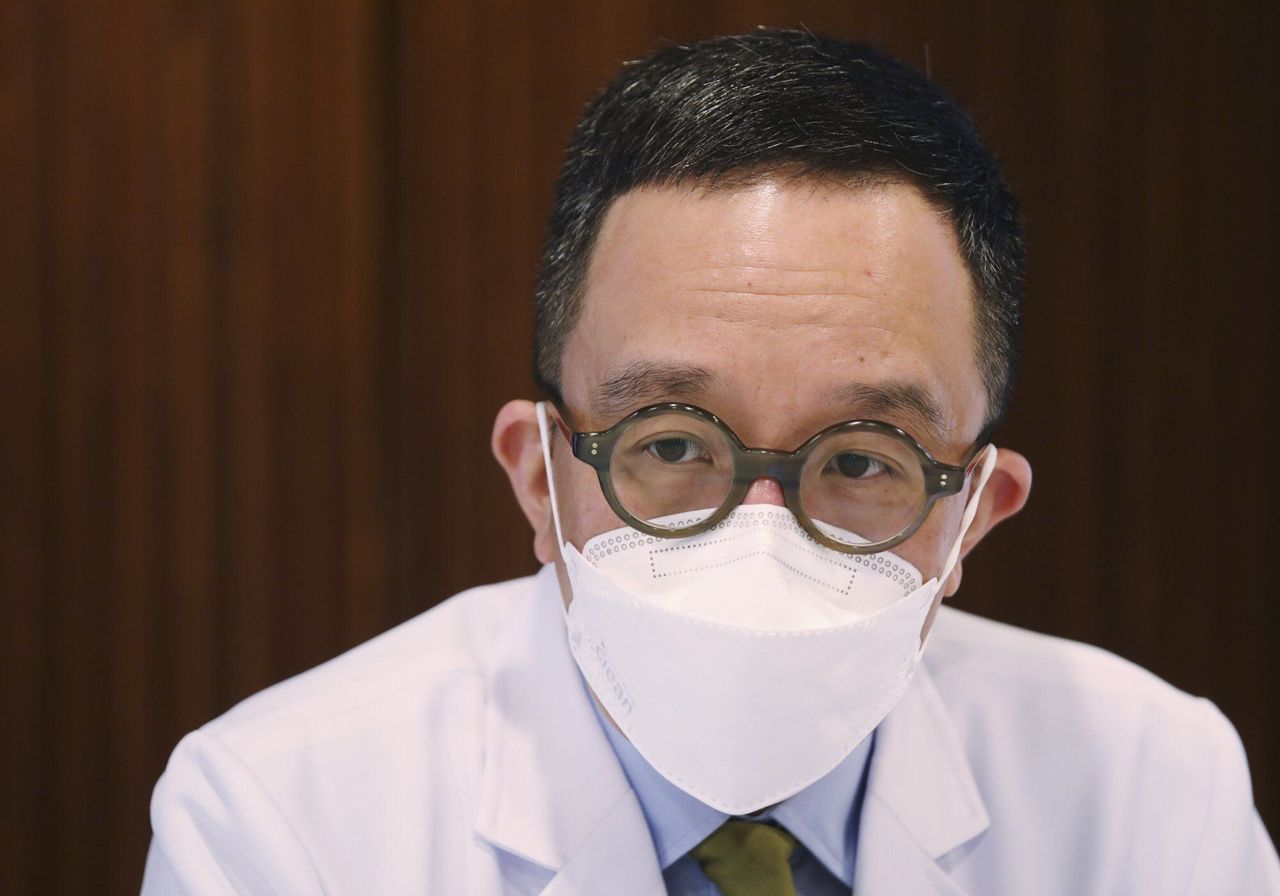 However, a source familiar with the situation told the Post the strategy did not hold much promise as the American producer’s capacity was “limited” because it had already made commitments for bulk purchases by the United States, as well as the World Health Organization-led Covax Facility, a global programme aimed at ensuring poorer countries receive fair and equitable access to Covid-19 vaccines.

“Since Hong Kong has already secured more than an adequate supply of vaccines for the whole population, Janssen does not expect to supply to Hong Kong until next year at the earliest,” the source said.

The Post has contacted Johnson & Johnson for a response.

Chui, president of the Society of Hospital Pharmacists of Hong Kong, acknowledged the company was likely to seek the nod from the WHO before supplying Hong Kong, but he said the city could improve its chances by selling or donating some of its excess stock of Sinovac or BioNTech shots to other nations.

Chui said he was in favour of the single-dose Johnson & Johnson vaccine because it had reported a 64 per cent efficacy rate against the more contagious South African variant.

Hopes of securing the vaccine were dealt another blow after the company was forced to slash its supply across the US by 86 per cent for next week, after about 15 million doses at a Baltimore factory were found to be contaminated last month.

Epidemiologist Leung, who advises the government on its anti-pandemic strategies, said that of the first-generation vaccines he would recommend one by another American company, Novavax, to be given consideration “in particular”. Those jabs produced high antibody responses of 89.7 per cent in preventing mild to severe infections, he said.

They were also made using different technology to the AstraZeneca ones, as well as the Sinovac and BioNTech versions, which the government had already bought and inoculated residents with.

But he stressed the city should be “proactively looking out for” second-generation jabs that had incorporated new variant strains of concern or even possibly multivalent vaccines, similar to some flu jabs that could immunise against more than one strain of the virus. Those could be ready early next year, taking a shorter time to develop than the first-generation prototypes, which were invented in an extraordinarily short time of just one year.

Asked if the government’s announcement on pausing the AstraZeneca order in favour of newer versions of vaccines would increase the public’s vaccine hesitancy, Leung said Hongkongers should protect themselves by getting immunised by those available first, and get a booster a year later with the new ones, like how flu jab recipients renewed their shots every year.

“It’s like buying futures, you can get a booster shot later,” Leung said.

As of Saturday, 559,800 people, or 7.4 per cent of Hong Kong’s 7.5 million population, received their first dose of a Covid-19 vaccine. Of those, 231,500, or 3 per cent of the population, had also taken their second jab. Experts previously said it would take vaccination coverage of about 70 per cent to achieve herd immunity for Hong Kong.

Leung believed the authorities could revive the sluggish start of the inoculation drive by offering more incentives for vaccinated individuals, saying the situation was like giving access to premises only to people wearing masks, or requiring yellow fever jabs before travelling to tropical areas in Africa.

“It’s a bit like universal coverage of a host of vaccines such as pertussis [or whooping cough] jabs for children before they can go to school,” he said. “We should get more jabs into people’s arms.”