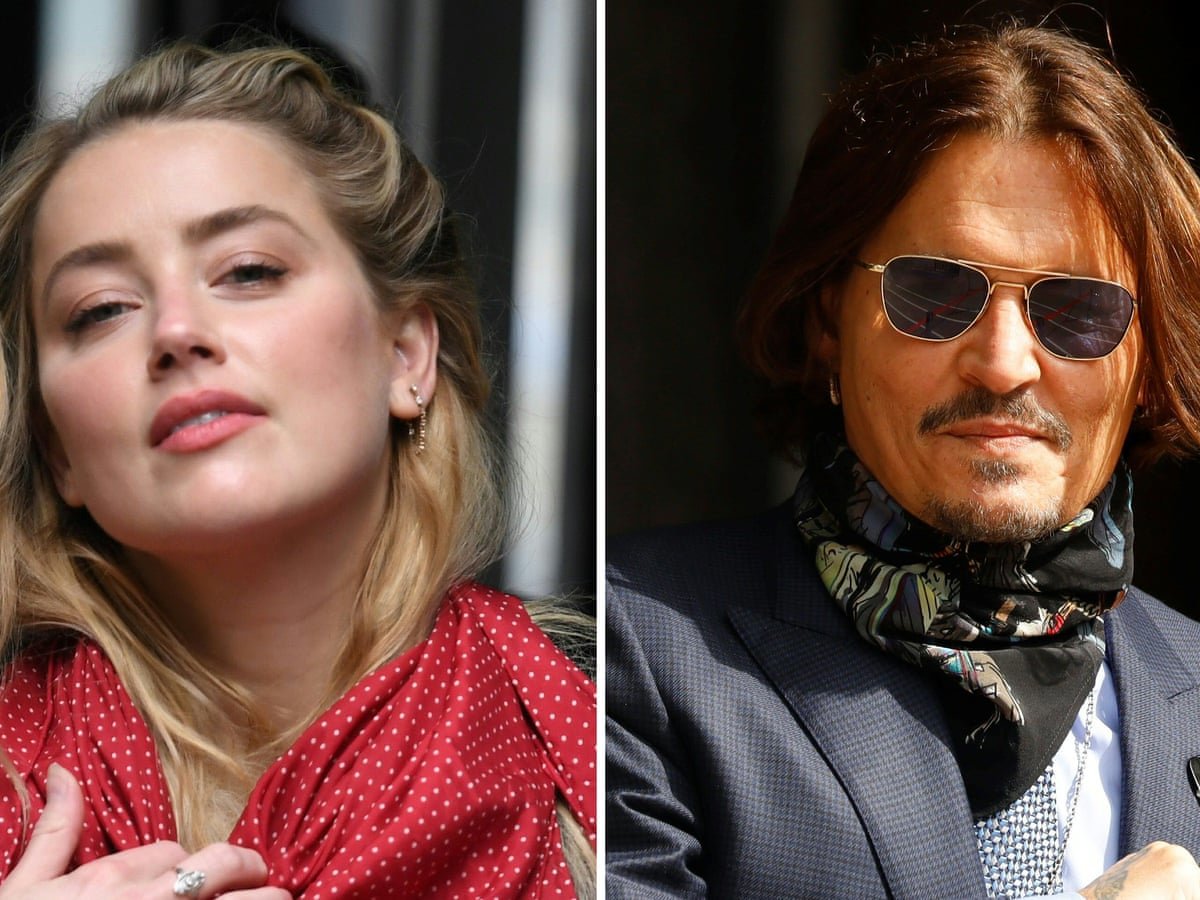 Johnny Depp has lost his libel case against the Sun newspaper over an article that called him a "wife beater".

Mr Depp, 57, sued the paper after it claimed he assaulted his ex-wife Amber Heard, which he denies. The Sun said the article was accurate.

Judge Mr Justice Nicol said the Sun had proved what was in the article to be "substantially true".

He found 12 of the 14 alleged incidents of domestic violence had occurred.

A spokesperson for the Sun said it had stood up for domestic abuse victims for decades, and thanked Ms Heard for "her courage in giving evidence to the court".

The trial was heard over 16 days in July at the Royal Courts of Justice in London.

Ms Heard's lawyer in the US, Elaine Charlson Bredehoft, said the judgement was "not a surprise".

"Very soon, we will be presenting even more voluminous evidence in the US," she said.

Mr Depp is suing Ms Heard, 34, in the US in a separate case, over an opinion piece she wrote in the Washington Post. Mr Depp says the article implied he was violent towards her.

'Depp made Heard fear for life'

The allegations of violence spanned the period between 2013 and 2016, when the couple split.

The judge highlighted three incidents where he said Mr Depp had put Ms Heard in "fear for her life".

In one of those incidents, in Australia in 2015, Mr Depp was allegedly physically and verbally abusive towards her while drinking heavily and taking drugs.

Mr Depp accused Ms Heard of severing his finger, but the judge said he did not accept Ms Heard was responsible.

"Taking all the evidence together, I accept that she was the victim of sustained and multiple assaults by Mr Depp in Australia," said Mr Justice Nicol. 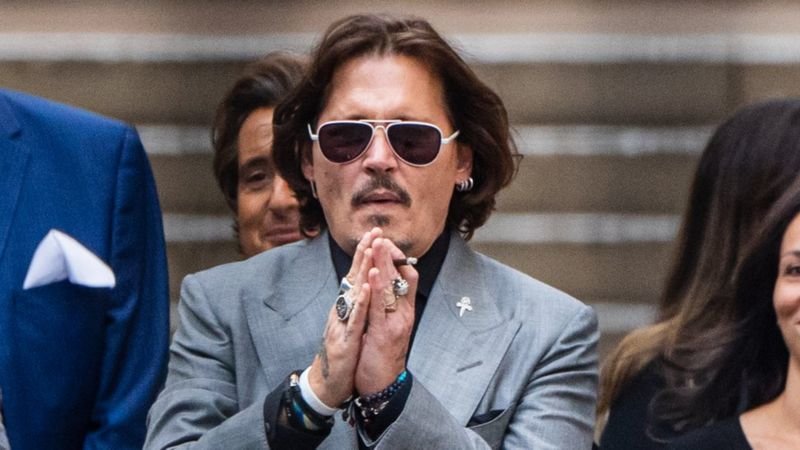 Mr Depp spent around 20 hours in the witness box

"It is a sign of the depth of his rage that he admitted scrawling graffiti in blood from his injured finger and then, when that was insufficient, dipping his badly injured finger in paint and continuing to write messages and other things," the judge said.

"I accept her evidence of the nature of the assaults he committed against her. They must have been terrifying."

Heard 'not a gold-digger'

Of the 14 alleged incidents of domestic violence, there were two the judge did not rule as having occurred.

Mr Justice Nicol said that "a recurring theme in Mr Depp's evidence was that Ms Heard had constructed a hoax and that she had done this as an 'insurance policy'," and that Ms Heard was a "gold-digger".

But he added: "I do not accept this characterisation of Ms Heard."

Speaking outside court on the last day of the trial in July, Ms Heard said the case had been "incredibly painful" and she just wants to "move on her with her life".

Jenny Afia of Schillings law firm, who represented Mr Depp, said: "This decision is as perverse as it is bewildering.

"Most troubling is the judge's reliance on the testimony of Amber Heard, and corresponding disregard of the mountain of counter-evidence from police officers, medical practitioners, her own former assistant, other unchallenged witnesses and an array of documentary evidence which completely undermined the allegations, point by point."

"The judgement is so flawed that it would be ridiculous for Mr Depp not to appeal this decision," she added. 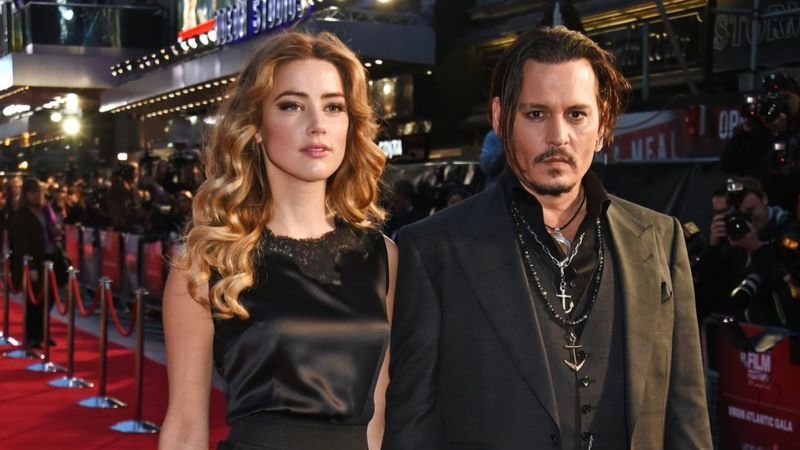 A spokesperson for the Sun said: "Domestic abuse victims must never be silenced and we thank the judge for his careful consideration and thank Amber Heard for her courage in giving evidence to the court."

Charity Women's Aid said everyone who experiences domestic abuse "deserves to be listened to and believed".

"This also applies to survivors who do not fit the image of the 'perfect' victim - and regardless of the high profile of the alleged abuser. There is no excuse for domestic abuse."

What next for Johnny Depp?

A decade ago, with three Oscar nominations under his belt, he was Hollywood's best-paid actor. Now, this ruling, and the revelations from the trial, have done huge damage to Johnny Depp's reputation and career.

Will film fans want to watch him play the heavy-drinking US photojournalist W. Eugene Smith in his next movie, Minamata, which is due for release in February? Will it still come out?

Will viewers want to see him in the new Fantastic Beasts movie - or, given that it started filming relatively recently, might Warner Bros decide he should be dropped? Those are his only two new credits listed on IMDB - will there be any more?

Reputation management lawyer Mark Stephens said the ruling was "immensely damaging", and the only way he can find forgiveness in Hollywood and among the public is to admit his problems and get treatment.

But it is "very difficult to see how children's authors like JK Rowling or children's entertainment companies like Disney" can stand by him, Mr Stephens said.

This wasn't a criminal trial, and Mr Depp still has a substantial fan base who have made themselves heard on Twitter since the ruling.

PR guru Mark Borkowski said there was now an "indelible stain" on his reputation - but that the fans "might help to rebuild something from the wreckage of defeat".

Mr Depp's case was brought against News Group Newspapers (NGN) - publisher of the Sun - and executive editor Dan Wootton over an article published on the Sun's website on 27 April 2018.

The article had the headline: "Gone Potty: How can JK Rowling be 'genuinely happy' casting wife beater Johnny Depp in the new Fantastic Beasts film?" 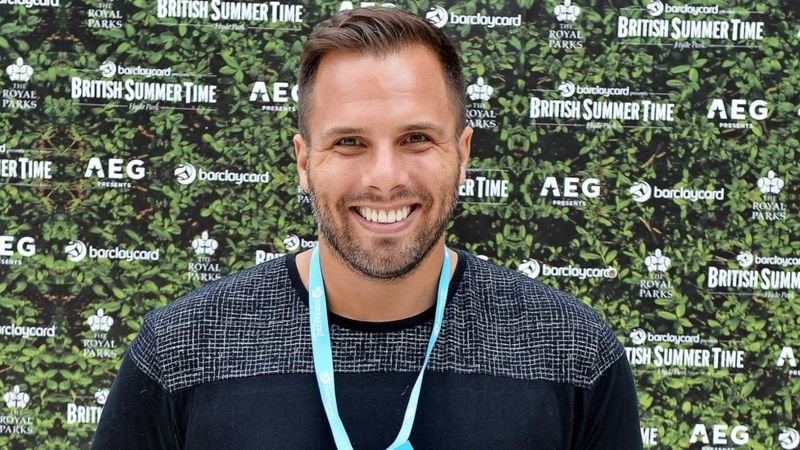 Evidence was heard from both Mr Depp and actress Ms Heard along with friends and relatives of the ex-couple, and several former and current employees.

The Sun's publisher said Mr Depp was "controlling and verbally and physically abusive towards Heard, particularly when he was under the influence of alcohol and/or drugs".

And the Sun's lawyer argued there is "no doubt that Mr Depp regularly and systematically abused his wife".