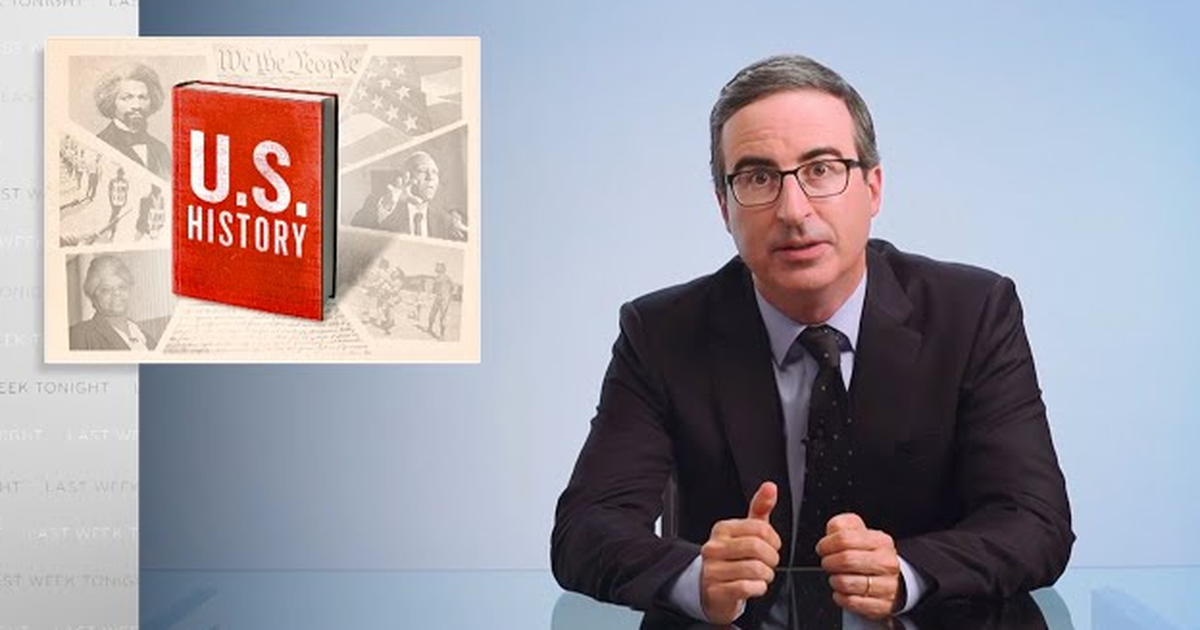 John Oliver takes an eye-opening look at the way U.S. history is taught in schools

With the memory of Trump's rescheduled June rally — originally planned on Juneteenth, an annual holiday commemorating the end of slavery — still fresh in memory, John Oliver decided to take a deeper look at the way U.S. history is taught, and specifically, the "embarrassing gaps in many people's knowledge."

In the monologue above, the Last Week Tonight host takes us through some troubling examples of actual school textbooks, explaining that the "impulse to downplay the horrors of slavery has marked how school children have learned about it ever since."

In general, Oliver cites three key errors that are made in the teaching of history: not fully acknowledging white supremacy, viewing history's progress as if it was constant and inevitable, and not connecting the dots to the present.