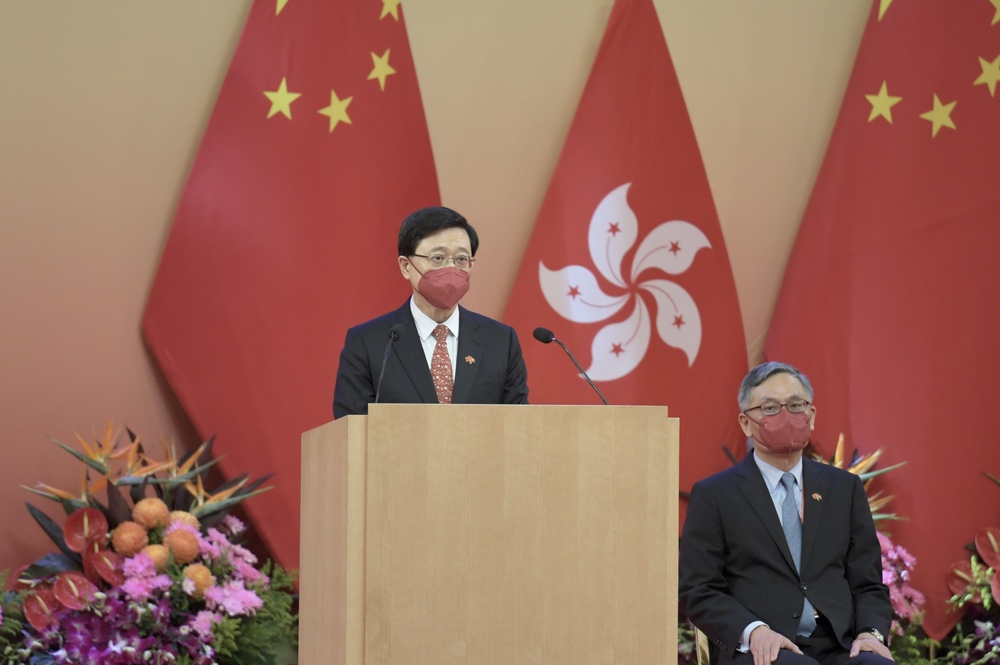 Chief Executive John Lee Ka-chiu vowed his cabinet would bear in mind their mission to better serve citizens and highlighted that the preparation of his first policy address had entered the final stage as he delivered his speech at the National Day reception on Saturday.
“Every year when we celebrate the National Day, we see the continuous improvements of our country’s development and people’s livelihood,” Lee said.

“In recent years, our country’s strength has reached a new level. Last year, China’s gross domestic product surpassed RMB114 trillion. That accounted for more than 18 percent of the world economy.”

Lee also expressed gratitude towards Beijing’s Central Government for their full support when the city was deeply troubled by Covid early this year and stressed the SAR government would not adopt a ‘lie flat’ approach in fighting the pandemic.

He recalled President Xi Jinping’s visit to Hong Kong on July 1, which brought the city encouragement and joy. He highlighted that Xi’s important speech that day had also become his cabinet’s blueprint for governance.

“It is October now, and the preparation of my Policy Address has entered the final stage. Over the last two months or so, my team and I visited various districts and met different sectors in person or online to gauge their views. We have also received valuable opinions on multiple issues, Lee said.

“Fellow citizens, ladies, and gentlemen, as Hong Kong now undergoes the critical transition from stability to prosperity, I have full confidence in the future of Hong Kong, and so should you.”

“My team and I will remain true to our original aspirations and bear in mind our mission to better serve our citizens and promote Hong Kong’s progress.”
#Covid
Add Comment