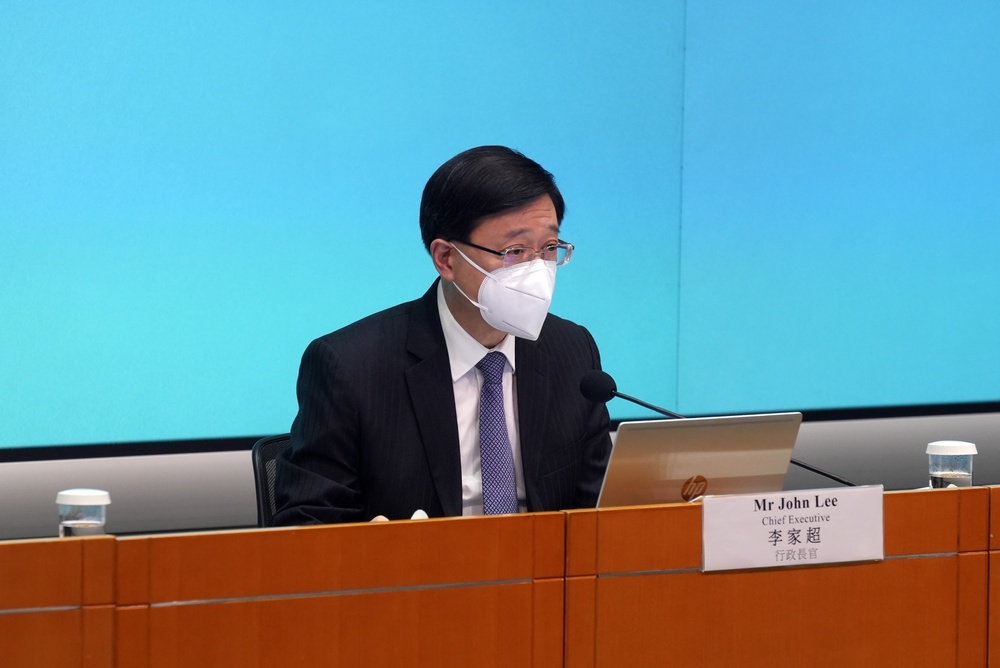 Hong Kong Chief Executive John Lee has taken the longest break from weekly news briefings of any city leader in a decade, according to a Bloomberg analysis of government releases.
The former security chief hasn’t held a regular press conference in seven weeks, even though he’s addressed the media at other times in that span. A spokesperson for his office said late Monday they couldn’t give a timeframe for when such briefings would restart, beyond confirming it wouldn’t be this week.

Lee’s break comes as he faces mounting pressure from the business community to reopen the city’s borders. Hong Kong’s pandemic curbs have fueled the city’s worst population exodus in six decades and could see its economy contract this year, economics warned this month.

While the city leader has pulled back from the weekly news briefing, he hasn’t been absent from the public eye. Lee has embarked on a series of public consultations ahead of his first policy address on Oct. 19, which will outline his government’s priorities.

On Aug. 8, he held an impromptu briefing to announce hotel quarantine being cut to three days from seven, a move some business groups welcomed but said was insufficient to revive the city’s status as a global finance and aviation hub. Lee also spoke publicly after holding a policy address on Saturday.

His predecessor Carrie Lam skipped such briefings for three weeks during the summer of her first term, with her longest absence stretching to six weeks.

Hong Kong reported some 8,500 Covid infections Monday casting fresh doubt over whether Lee can lift mandatory hotel quarantine by November, in time for a major banking conference and the city’s first Rugby Sevens since 2019.

The former police officer is set to travel to Guangzhou and Shenzhen, in southern China, this week to continue discussions on reopening the city’s border with the mainland, local media, citing an unnamed source.

China is still pursuing a Covid Zero policy that aims to eliminate the virus through rigorous testing and lockdowns sometimes triggered by a single case.
#Covid
Add Comment