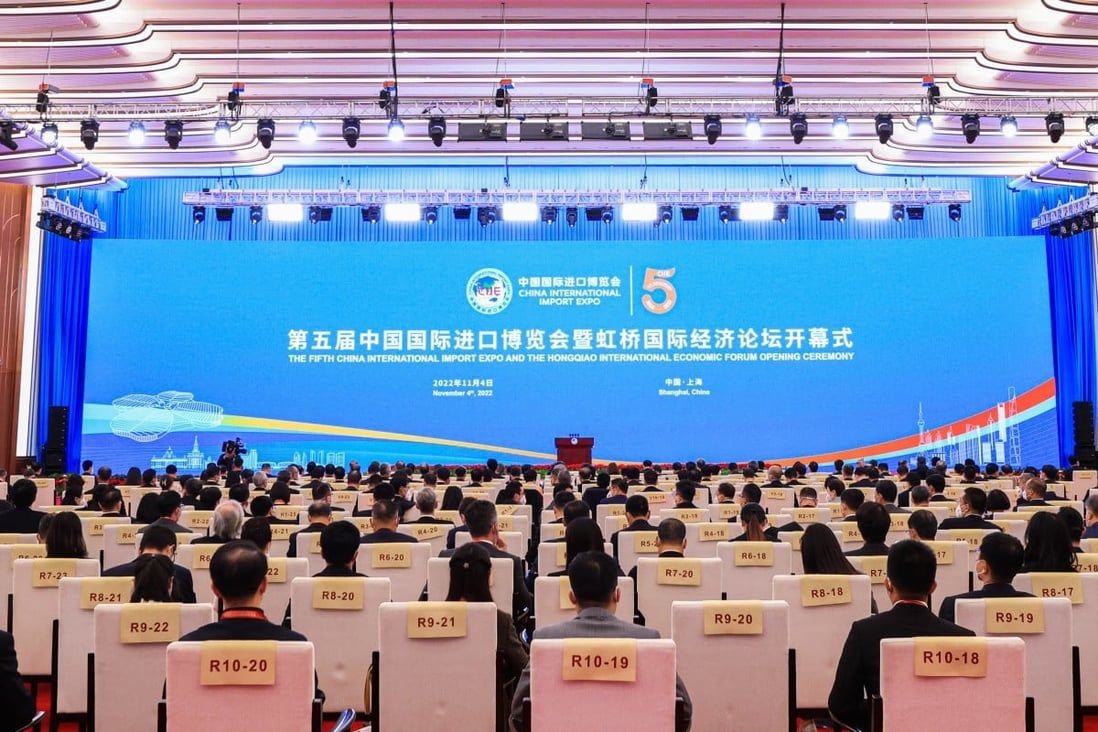 Hong Kong remains deeply committed to free-trade principles in the face of “the headwind of unilateralism,” Chief Executive John Lee Ka-chiu has told a forum in mainland China, reinforcing a message put front and centre by his administration lately that deeper regional cooperation is crucial to the city’s future.

In pre-recorded remarks delivered in Shanghai on Saturday, Lee said commercial ties with neighbours would only increase once the city joined the Regional Comprehensive Economic Partnership (RCEP), the world’s largest.

“Against the headwind of unilateralism, we shall reaffirm our strong and unwavering commitment to free and open trade,” he told the 5th Hongqiao International Economic Forum.

Lee is scheduled to join regional leaders, including President Xi Jinping, at the Asia-Pacific Economic Cooperation (Apec) summit in Bangkok later this month, and told the forum that Hong Kong’s long membership in the alliance was proof of the opportunities the city offered.

“Our participation is strong testimony to the unique advantages of Hong Kong under ‘one country, two systems’,” he said, referring to the model that governs relations with the central government. “This innovative principle accords us the enviable position of enjoying strong national support while being closely connected with other parts of the world.”

At a Post event earlier this week, Lee revealed that all 10 members of the Association of Southeast Asian Nations supported Hong Kong’s admission to the RCEP and discussions were set to begin next year, nearly 10 months after the city asked to join the agreement.

On Saturday, Lee said the city would offer a host of benefits to the pact’s members, including a business-friendly environment, sound financial system and low tax regime.

The countries covered by the deal were the city’s key trading partners and accounted for more than 70 per cent of its total merchandise trade last year, he noted.

“We will continue to canvas support from RCEP members for Hong Kong’s early accession, so we can better serve the region and achieve mutual growth,” he said.

The pact, which covers nearly a third of the world’s population and about 30 per cent of the global gross domestic product, aims to eliminate as much as 90 per cent of tariffs on imports among signatories within 20 years.

Hong Kong already had individual free-trade deals with 13 RCEP members, Lee said, and noted the city’s role in Apec extended back to 1991.

“We are eager to join hands with other Apec member economies to forge high-standard and comprehensive regional undertakings, to rebuild confidence and to deliver a more open, reliable and predictable trade and investment environment,” he said. 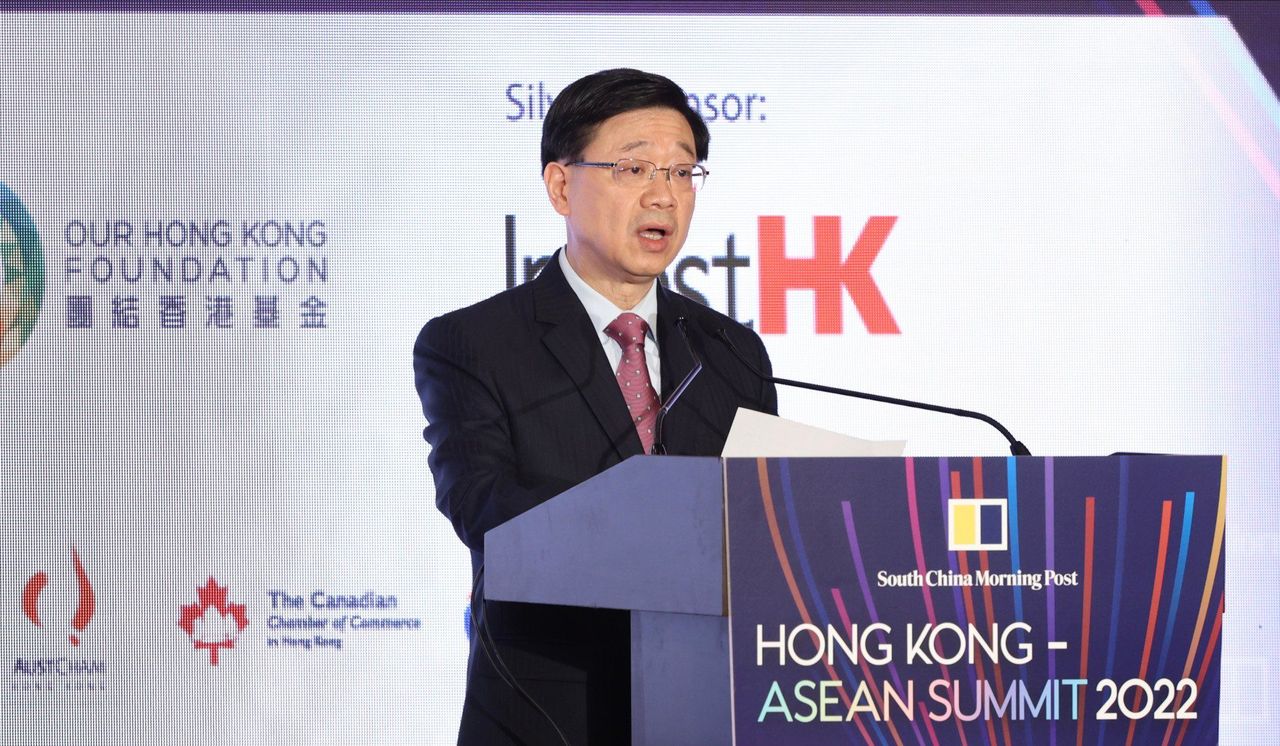 “This is the only way towards a robust path of recovery for the region, and for the prosperity and well-being of our people and future generations.”

The leader also thanked the central government for backing the city’s bid for admission.

“We are most indebted to the central people’s government for its support all along in our bid for RCEP membership,” he said. “We are also pleased to have received positive responses from other RCEP members.”

The Apec meeting slated for November 18-19 will be one the biggest gatherings of world leaders this year, and comes amid rising tensions between China and the United States, fuelled in part by the ongoing Russian war with Ukraine. While Thailand has confirmed Xi has agreed to take part, United States President Joe Biden will not attend.

Looking ahead to the trip, Lee said: “As the chief executive … I will be there to tell the good and true stories of Hong Kong, to showcase Hong Kong’s unwavering commitment to promoting regional economic cooperation, as well as Hong Kong’s unparalleled resilience in the face of the pandemic.”

But travel restrictions between Hong Kong and the mainland due to the Covid-19 pandemic have been viewed as a hurdle for the city to fully leverage its easy access to the wider market across the border.

On Friday, Lee and Secretary for Commerce and Economic Development Algernon Yau Ying-wah attended the opening ceremony virtually, during which Xi also stressed the nation’s dedication to multilateralism.