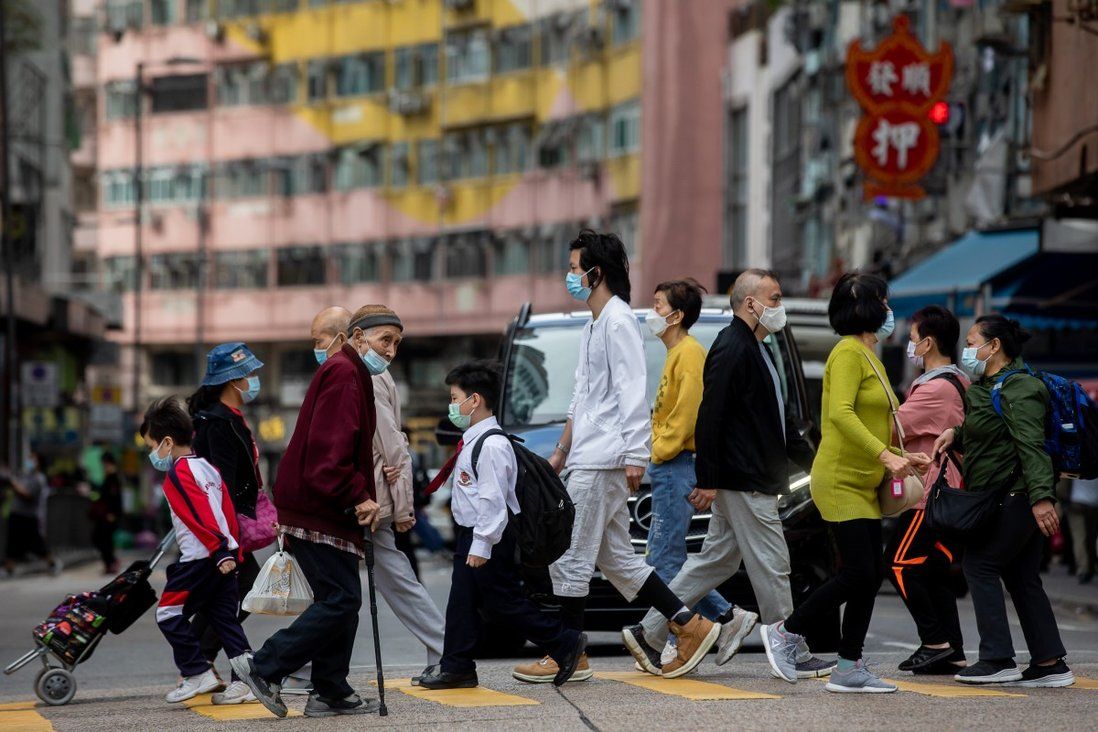 The housing shortage is severe now and solutions are needed. But expensive projects that take over a decade to realise must be assessed against Hong Kong’s very low birth and immigration rates.

In the manifesto released by Chief executive-elect John Lee Ka-chiu, a key item was the promise to fully review and plan for the Northern Metropolis and Lantau Tomorrow Vision. These two enormous projects have been proposed as solutions to Hong Kong’s severe and long-standing housing shortage.

There are few issues that can be considered a higher priority than accommodation, given the long waiting times for public housing and the hundreds of thousands that are still living in subdivided flats.

Lee should be praised for putting housing near the top of his agenda; however, one hopes that in his promise to review and plan for the two giant projects, the focus is on the word “review” rather than “plan”.

A closer look at the numbers related to these schemes reveals that “reconsider” may be even more appropriate because enduring assumptions about population growth are now moot.

When any large project is being planned for housing, the number at its core is the projected population that will live there. The proposed population for the Northern Metropolis site is 2.5 million.

And, from 700,000 to 1.1 million people are expected to take up residence in the Lantau Tomorrow scheme. Thus, the two projects combined could house at least three million people.

Although improving living arrangements for the grass-roots population and reducing waiting times for public housing would account for some of those planned flats, it’s unclear why homes for over 3 million are needed. A closer look at the population projections underscores this point.

In 2020, the Census and Statistics Department projected that Hong Kong’s population would peak at 8.11 million in 2041 from the present 7.4 million and then decline to 7.35 million by mid-2069. However, these projections may be high for a couple of reasons.

First, although the pandemic has pushed the local fertility rate well below one baby per woman in the past two years, the trend has been steadily declining for well over a generation, in line with a worldwide decline in fertility rates which suggests the trend will continue.

Second, the present age profile of Hong Kong’s population shows a bulge in the upper-age brackets, which, put simply, means there are far more old than young people. And this begs the question: will these old people still be around in a decade or two when the two proposed projects are finally completed?

Proponents of the two giant schemes may argue that these numbers and claims do not consider immigration from the mainland. For example, the one-way permit scheme allows up to 150 mainlanders to move to Hong Kong each day, which could add significantly to the population, although not in the millions.

However, this quota has not been filled for years and the government predicts that the number of mainland migrants will continue to drop to only 100 a day in the current five-year period. The mainland also has its own concerns about a looming population decline, so counting on migrants from over the border to boost the population in Hong Kong is optimistic at best.

The Hong Kong government should be praised for considering the two ambitious projects. The housing problem has been with us for decades and intractable challenges require imaginative solutions. However, built into the two projects are population projections that may be unrealistic.

For generations, there has been a widespread belief that rapid population growth will continue. However, as Darrell Bricker and John Ibbitson argue in their book, Empty Planet, “we do not face the challenge of a population bomb but of a population bust – a relentless, generation-after-generation culling of the human herd”.

Many demographers now believe that the United Nations’ world population projection of 11 billion by 2100 overshoots the mark by 2 billion. Quite a few developed economies are already witnessing population declines, and Hong Kong, with its very low fertility and immigration rates can be included in this trend.

Prominent figures are now raising the alarm about population decline. Elon Musk, a father of eight, claimed, “I think one of the biggest risks to civilisation is the low birth rate and the rapidly declining birth rate.”

Accordingly, although the housing crisis in Hong Kong occupies the headlines now, massive, costly projects scheduled for completion in over a decade appear ill advised.

Thus, rather than reviewing and planning for the two schemes, reconsidering them, especially the most expensive and environmentally damaging one – the Lantau Tomorrow Vision – should be on Lee’s agenda.