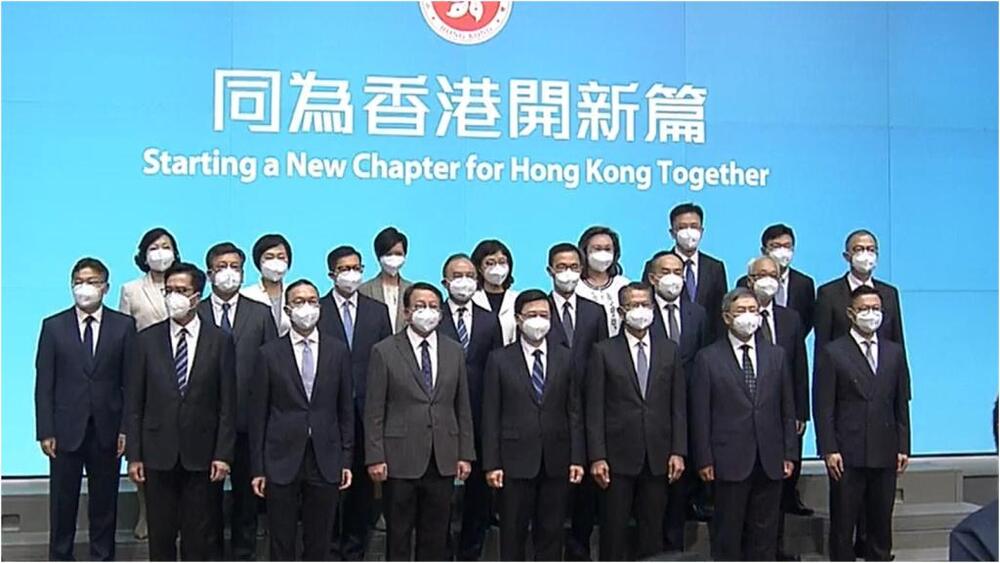 The 21 Principal Officials appointed under the political appointment system are on non-civil service terms:

In addition, Lee announced the appointment of Carol Yip as the Director of the Chief Executive's Office.