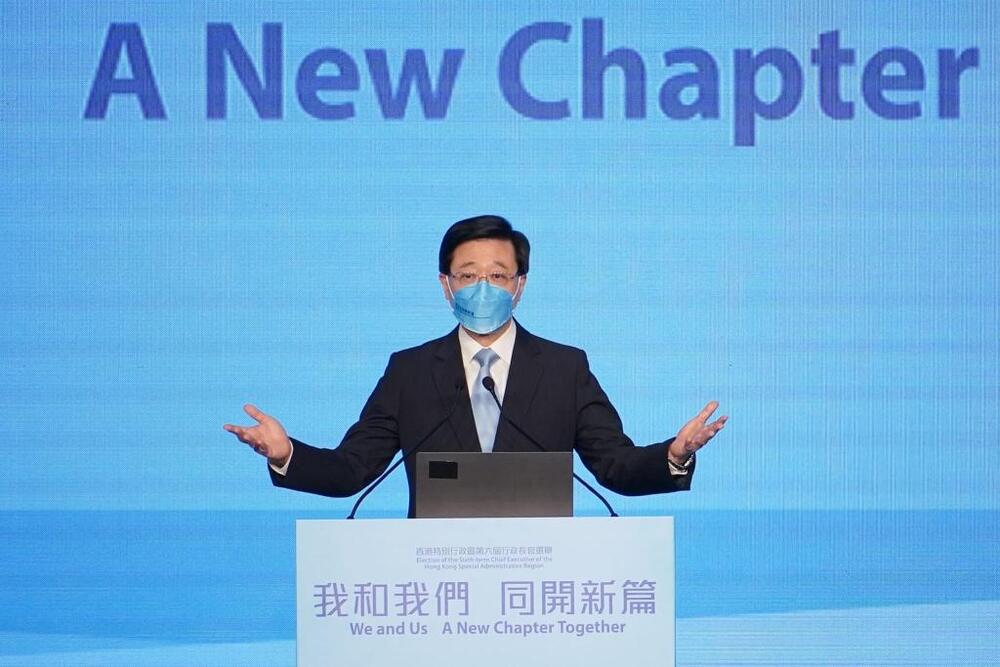 John Lee recalls being robbed as a little boy, vowing to protect HK

Chief Executive election sole candidate John Lee Ka-chiu recalled at a rally how he was once robbed by a teenage gang and took a few punches when he was a little boy, fueling his determination to become a police officer to protect the weak and his beloved city.
Lee's rally started at 4pm on Friday at the Hong Kong Convention and Exhibition Centre. Former CE Leung Chun-ying, table tennis Olympian Doo Hoi-kem and Chief Executive of HKU-Shenzhen Hospital Lo Chung-mau were among those who attended to show their support.

Lee said in his speech that he followed Hong Kong's development progress closely over the last 40 years and his life was shaped by various experiences, including that of the robbery.

“One time I was robbed by a teenage gang, who were slightly older than me, at a slope near my home. I had no money that time so I ended up taking a few punches in the chest,” Lee said.

“I was frightened, but that was also the first time I felt so furious to even utter a word. That sense of helplessness was what motivated me to apply to the police as my first job,” he continued.

Lee continued that a TV set didn't just come by in the past and remembered how the neighbors would all gather around to watch TV by the doorstep in the summer after his family bought one.

Lee said he would turn the volume up and even sometimes invite his neighbors to come to his home and watch the programs together, hailing the true and sincere relationship among neighbors in the old times.

Lee further pointed out that the “One Country, Two Systems” principle has successfully protected the city over the last 25 years and promised to solve deep-rooted social issues and defend Hong Kong's law and judicial system.

“In the next five years that lie ahead of us, we will together make Hong Kong a caring, diverse and energetic city filled with hopes,” Lee said at the end of his speech.

The rally lasted about an hour and Lee and his election team bid the audience goodbye after the photo-taking session.
Add Comment