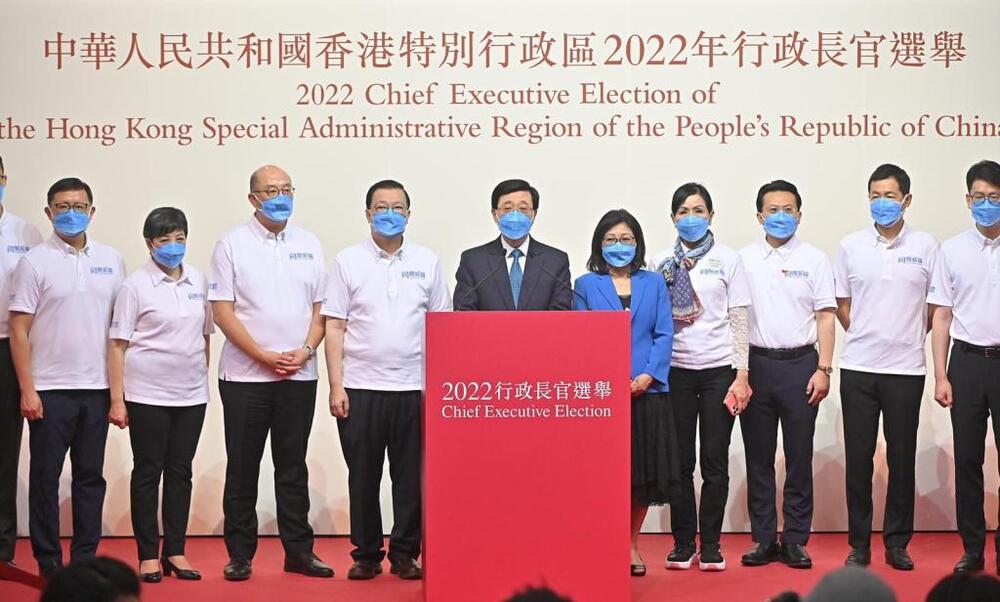 Chief Executive-elect John Lee Ka-chiu said he “looks forward to starting a new chapter” in Hong Kong while pledging to unite the city and preserve its international status as an open, vibrant and more competitive financial hub bridging China and the world.
``I look forward to all of us starting a new chapter together, building a Hong Kong that is caring, open and vibrant. And a Hong Kong that is full of hope, opportunities and harmony,'' Lee said in his victory speech.

He will start to form the new governing team immediately and said he had already seen many capable candidates during the election period, who are willing to participate in governance and contribute to society.

"To prepare for the future, my government will adopt a result-oriented approach, nurture a new governance culture of bold thinking and strong teamwork, and unite all sectors with a view to delivering results that are in the best interest of all Hong Kong people." he said.

He will also discuss the issue of quarantine-free travel with the mainland.

Lee said the housing issue will be given priority, which has already been stated in his manifesto, including boosting speed, efficiency and quantity, as well as streamlining procedures.

He pointed that he would take forward the enactment of local legislation to implement Article 23 of the Basic Law at a proper time, but said it had already been mentioned before that constitutional reform was not a priority for now.

When asked whether he would meet with democratic parties such as the Democratic Party and the Hong Kong Association for Democracy and People's Livelihood, Lee said "communicating with all sectors will be addressed", but the way will be determined based on actual situations.

"I do understand there will be time that is needed for me to convince the people," he replied when asked by reporters on Sunday whether he lacked a genuine mandate, “But I can do that by action.”

Beijing hailed the near-unanimous result, saying it showed "Hong Kong society has a high level of recognition and approval" for Lee.

"This is a real demonstration of democratic spirit," the Hong Kong and Macao Affairs Office said.
Add Comment