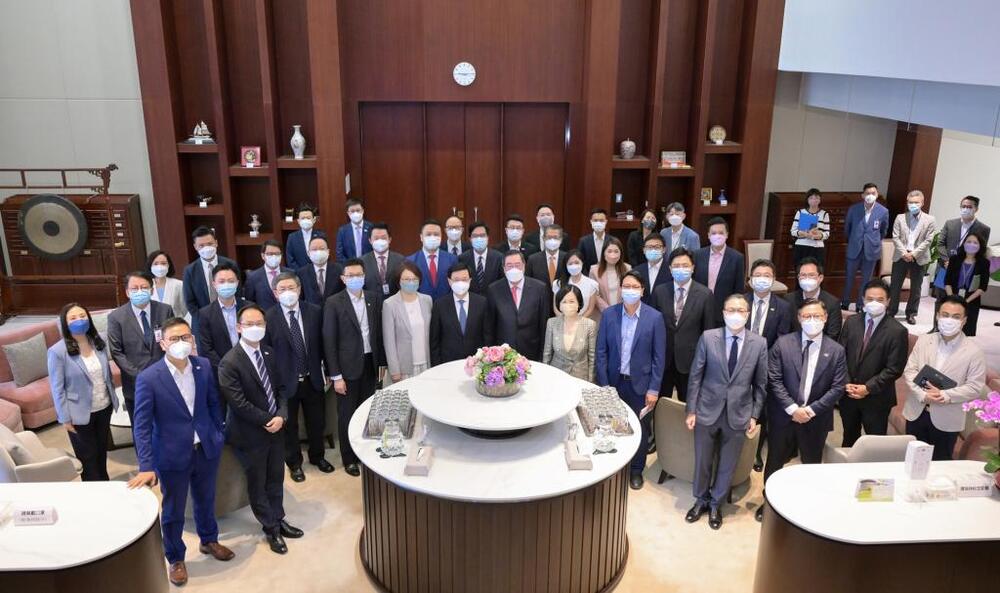 Monthly salary of Hong Kong leader John Lee Ka-chiu exceeds HK$450,000, while heads of departments and bureaux earn more than many countries' leaders.
According to the Office of the Chief Executive, Lee's monthly salary is now HK$452,200, an increase of about HK$30,000 compared to former CE Carrie Lam Cheng Yuet-ngor, who earned HK$420,000 per month.

After the new government took office in July, the monthly salary of the Chief Secretary for Administration is HK$401,950, while the Financial Secretary and the Secretary for Justice earn HK$388,350 and HK$$375,200 respectively a month.

The monthly salary of Directors of Bureaux has also been increased to HK$362,500 under the salary adjustment mechanism.

The Chief Executive's salary is set at 112.5 percent of the Chief Secretary for Administration, and the salaries of Secretaries of Departments and Directors of Bureaux are adjusted annually according to the Consumer Price Index C.

However, Lam back in 2020 decided to freeze the salary of political appointees for two consecutive years, during which the rate accumulated under the mechanism ranged from 2.6 percent to 2.8 percent.

The new government officials' would expect greatly improved incomes this year, as their salaries will recover the increase of the past two years, and add on the adjustment of Consumer Price Index C in May.

In addition, the Chief Executive receives a monthly non-accountable entertainment allowance of HK$81,866 to cover the cost of official entertainment at his official residence.

The Chief Secretary for Administration and the Financial Secretary receive a monthly non-accountable entertainment allowance of HK$40,958 and HK$31,392 respectively.

Among the world's national and regional leaders, Hong Kong's Chief Executive's salary has always been among the best. After this increase, Lee is still the second highest paid leader in the world, following Singapore's Prime Minister Lee Hsien Loong who earns about HK$1.04 million a month.

The monthly salaries of Secretaries of Departments and Directors of Bureaux are already higher than many heads of state. US President Joe Biden's annual salary is about HK$3.12 million ($400,000), that is, a monthly salary of about HK$260,000.