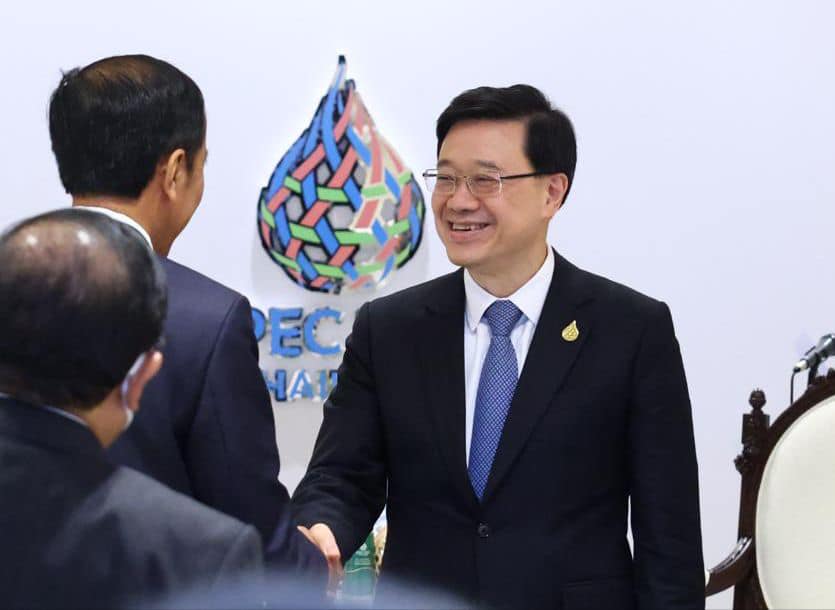 Chief Executive John Lee Ka-chiu confirmed today he had returned to the office after testing negative for Covid for two continuous days.
In a post on his Facebook on Sunday, Lee said he prepared for the in-person work for this week by arriving in the office at 9am this morning.

He added that he got a blue health code as the result of a rapid antigen test showing "one single red line only" this morning.

He announced yesterday he has tested with a negative result of a RAT test after six days of home quarantine.

Lee tested positive upon his arrival at Hong Kong airport the night of November 20 after he attended the Asia-Pacific Economic Cooperation forum in Thailand, where he met with Chinese President Xi Jinping and other global leaders.