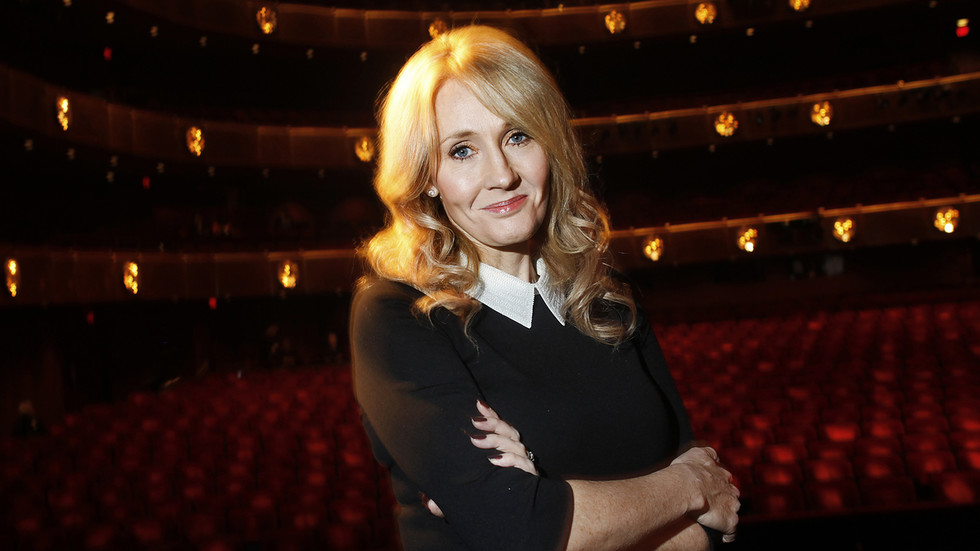 Criticism of ‘Harry Potter’ author JK Rowling’s views on the transgender movement has spilled over into “death and rape threats,” but she has responded to it with even greater vehemence, sparking fresh outrage on social media.

In an 11-part thread, Rowling blasted the accusation as fake news, revealing that she herself has relied on mental-health medication and what she takes issue with are hormones and surgery being pushed on young people in an effort to ‘transition’ their gender, even if that might not be what they actually need or want.

“Many, myself included, believe we are watching a new kind of conversion therapy for young gay people, who are being set on a lifelong path of medicalisation that may result in the loss of their fertility and/or full sexual function,” the author wrote.

She then linked to a number of articles to back up her claims about medications being pushed too aggressively to teenagers, as well as some featuring people who had ended up regretting their gender transition.

“As I’ve said many times, transition may be the answer for some. For others, it won’t – witness the accounts of detransitioners,” Rowling tweeted.

The Harry Potter author has made her stance on the transgender movement clear in the past, arguing that she’s not against transgenderism per se, but against “toxic” trans activists who don’t allow dissenting views into the conversation without labeling those holding such views as anti-transgender.

Rowling first set off woke-mob alarm bells when she ridiculed a reference in a feature about health and hygiene during the Covid-19 pandemic by online global-development platform Devex. In an effort to be more inclusive, the writers had referred to “people who menstruate,” rather than ‘women.’

Her position has caused a real backlash, with fan sites established in homage to her popular Harry Potter novels and even actors from the film franchise based on the books publicly distancing themselves from her.

But still the author has refused to back down. In addition to her outspoken Sunday tweets, it was noted that she recently unfollowed author Stephen King on Twitter and deleted a message in which she’d praised him, after he claimed, “transgender women are women.”

Rowling’s refusal to remain quiet on the subject has merely renewed the criticism from woke posters on social media.

“Every time I forget about JK Rowling for a second, she comes out with another infuriating statement,” ‘Shameless’ actress Emmy Rossum tweeted, in response to Sunday’s thread.

Why does JK Rowling need to keep reminding the world that she doesn't see transgender people's genders as valid? I hate to say this but trans folks who take hormones, have surgeries etc, KNOW their biology isnt similar to the cis folks who share their gender. We know. We're aware

I just want to get through one week without @jk_rowling using her massive platform to launch a pile-on at someone who disagrees with her.

This is bullying. And she's done it before.

However, Rowling has garnered some public support, with others on Twitter accusing her critics of misconstruing her words as anti-transgender statements instead of being open to simply debating the opinions she is expressing.

Amazing that JK Rowling is getting completely trashed for simply saying that maybe we should look into the long-term effects of blocking kids’ puberty and causing them permanent psychological and physiological harm.