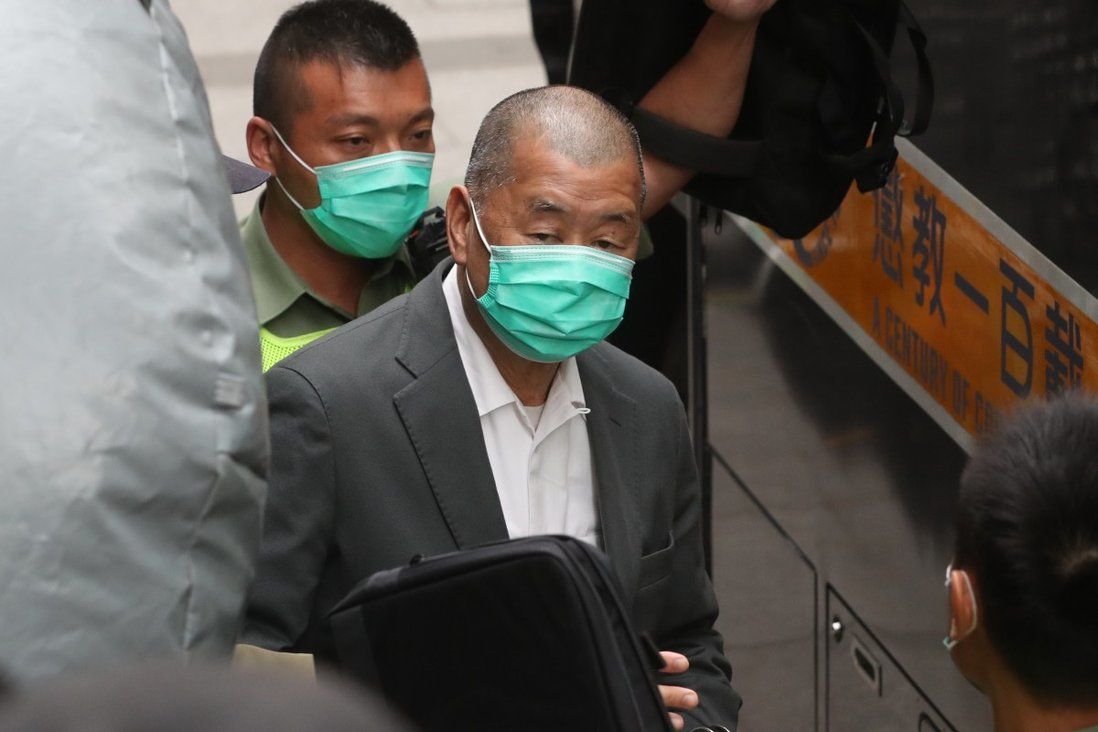 Audrey Eu SC questions force’s version that officers did not know of a ‘water-flow’ assembly as proposed by rally organiser.

A lawyer for Hong Kong media mogul Jimmy Lai Chee-ying has questioned the apparent lack of plans by police to assist in the dispersal of departing demonstrators at an approved rally in 2019, for which he and six others were charged with organising an unauthorised protest.

Audrey Eu Yuet-mee SC also questioned police testimony that officers did not know of a “water-flow” assembly as proposed by the organiser, the Civil Human Rights Front, though it was highly publicised.

The District Court trial is the first arising from an unauthorised assembly in which the defence contests the constitutionality of the offence under the Public Order Ordinance, enacted in 1967 to quell leftist riots that year which left 51 people dead and more than 800 injured.

The outcome could affect cases involving five other unauthorised protests during the social unrest in 2019.

During the trial, prosecutors accused the seven of organising and taking part in the illegal march from Victoria Park in Causeway Bay to Central under the guise of a so-called water-flow assembly, a strategy to circumvent a police ban on the protest on August 18 that year.

The front, meanwhile, viewed the water-flow assembly concept as a means of crowd dispersal.

A police superintendent who oversaw the demonstration previously testified officers had no plans to enforce crowd control measures inside the park, as their priority was to prepare for possible attacks at police buildings after the approved assembly ended. 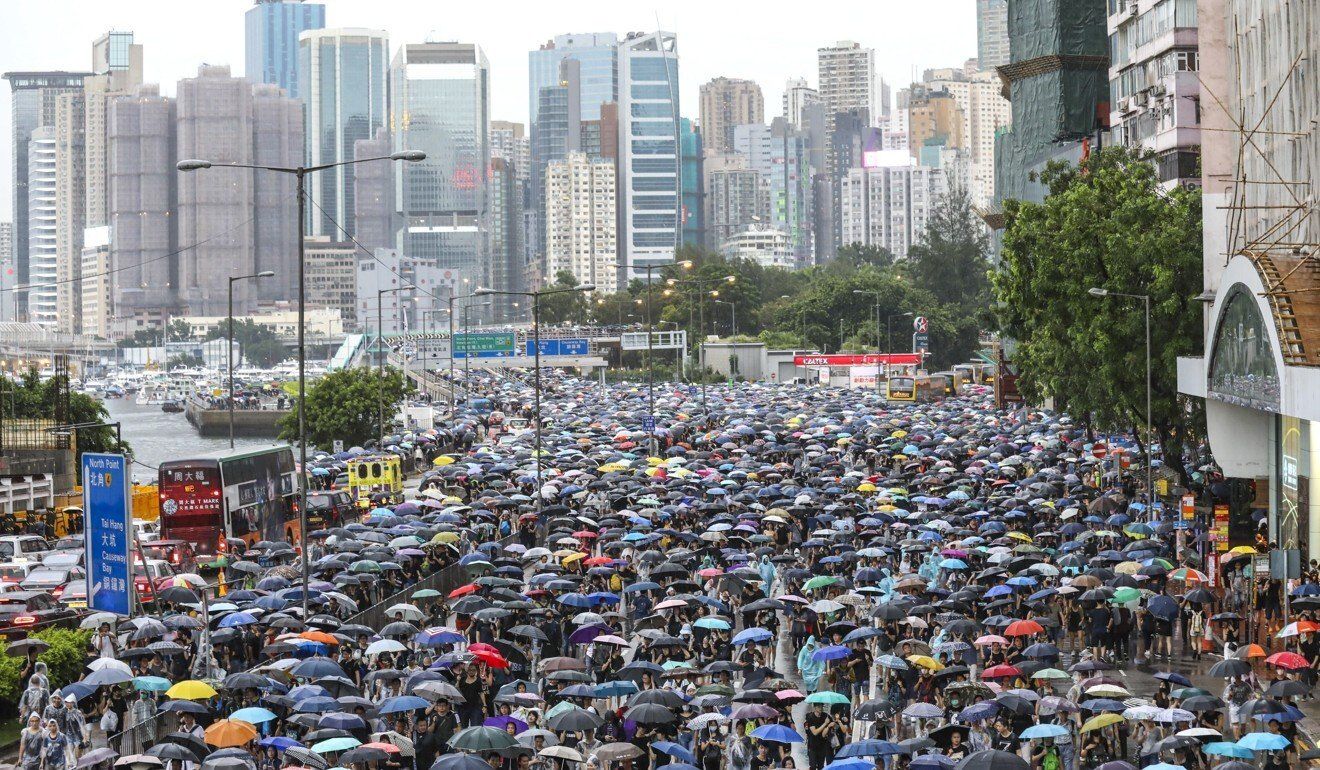 Other officers told the court they had expected the protest organiser to facilitate the orderly dispersal of participants, but had no prior knowledge of a water-flow assembly as proposed by the group.

The defence side, meanwhile, took issue with police’s handling of the event, arguing the accused were merely leading participants at the rally out of the jam-packed park in officers’ absence when the size of the crowd reached the venue’s maximum capacity.

Making a closing submission for the trial on Friday, Eu argued that the term “water flow” was mentioned at several meetings between the rally organiser and police and at the former’s press conferences ahead of the event.

“It is almost as if everybody put on ear muffs to avoid the term water flow,” Eu said, arguing the more likely scenario was that police knew the term and did not object to the plan put forward by the front.

Pointing to a press conference held the day before the protest, Eu said: “If we are expected to know that then surely police should know the same.”

Eu also argued the withdrawal of three platoons comprising 100 officers meant the force had relied on the front to come up with a dispersal plan for protesters to leave.

Referring to the operational order which stipulated the principle of “minimum presence and maximum reserve” to avoid conflicts with protesters at the park, and withheld most of the unit’s resources in preparation for emergencies, she said the force actually relied on the organiser for crowd dispersal. 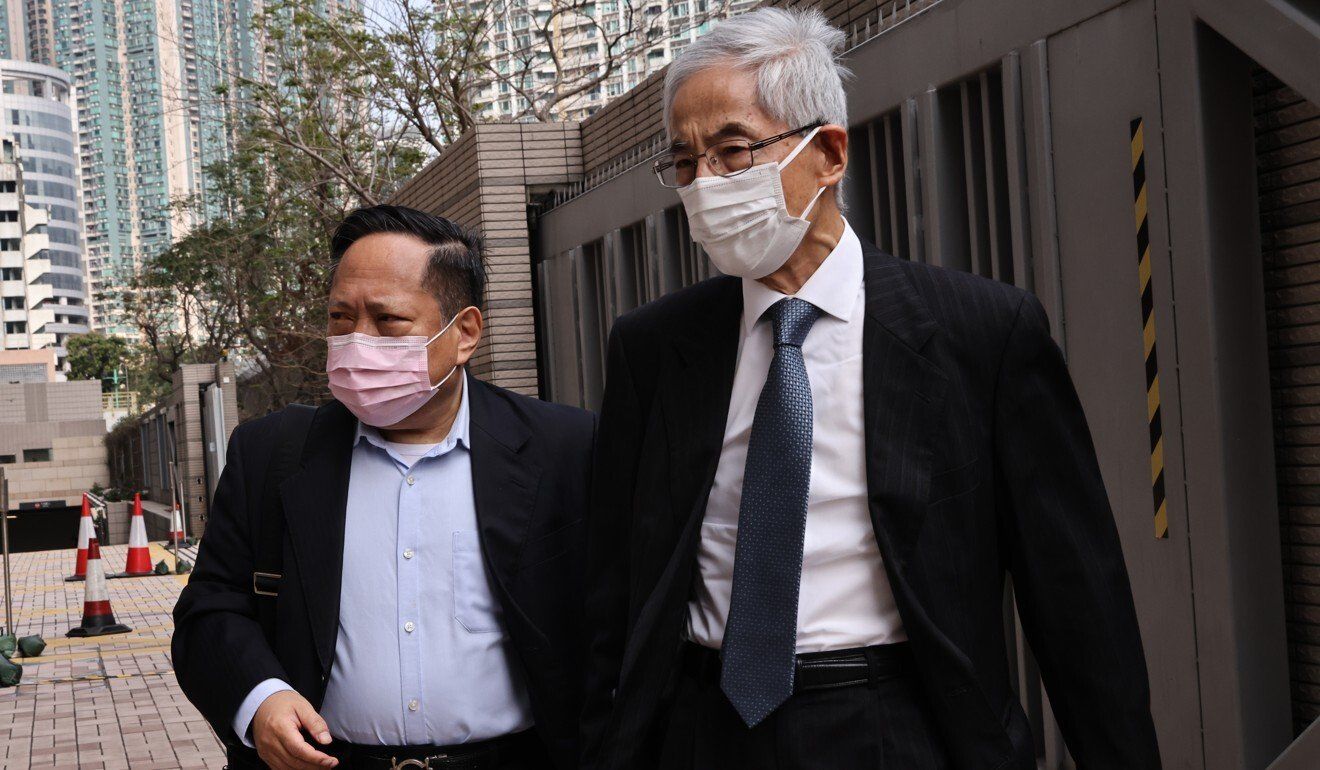 Eu said if police did not know of the plan, it would be “equally startling” for officers to withdraw their platoons, due to the overcrowding and potential choke points, as the force had a duty to protect the safety of the participants.

Benjamin Yu SC, for the prosecution, on Thursday maintained the defence could not challenge the constitutionality because such a move had been “precluded” by a 2005 Court of Final Appeal decision involving another one of the co-defendants – “Long Hair” Leung Kwok-hung – in a different unauthorised assembly case.

The trial continues at West Kowloon Court on Monday.