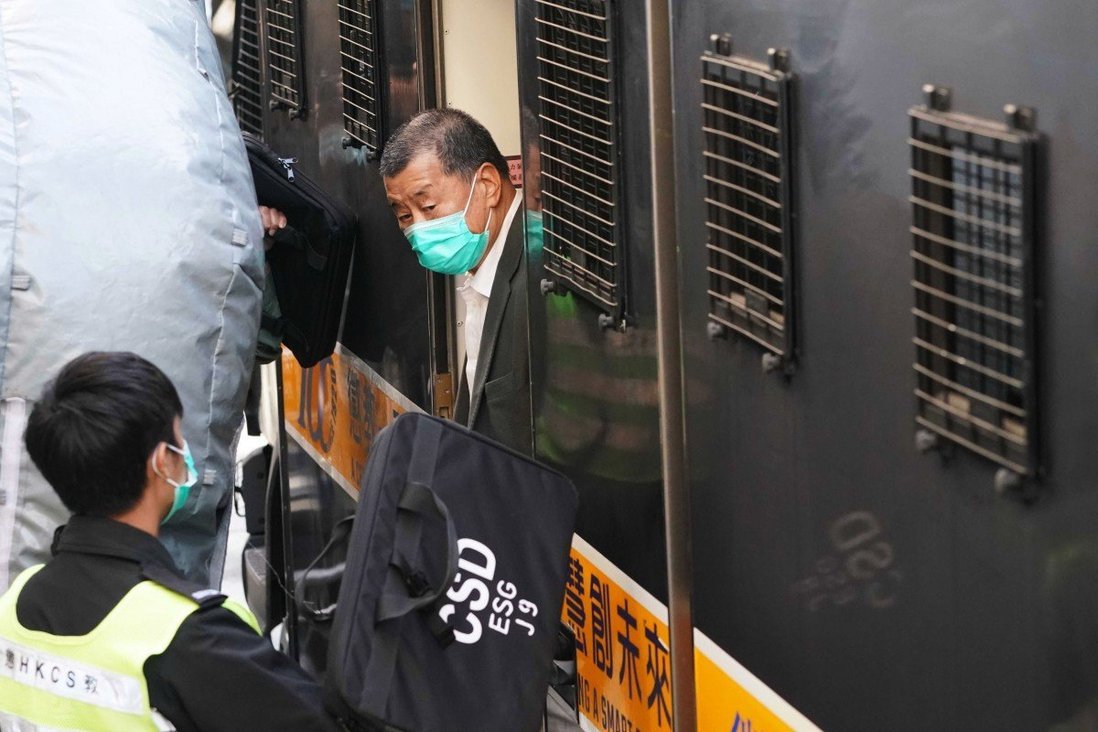 Court of Final Appeal casts doubt on prosecutors’ interpretation of a key provision in legislation. Judges reserve ruling after hearing on correct reading of Article 42(2) of new law.

Hong Kong’s top judges have cast doubt on prosecutors’ interpretation of a key provision in the national security law in considering the bail application by media tycoon Jimmy Lai Chee-ying.

But three members on the panel of five at the Court of Final Appeal also found problems with the principles laid down by a lower judge on granting bail to defendants charged under the new law, when he dealt with an application in another case.

Lai was sent back to custody after the top court reserved its ruling on Monday.

The hearing centred on the correct reading of Article 42(2) of the new law, after the top court approved prosecutors’ appeal against the High Court’s decision to release Lai on HK$10 million bail and place him under house arrest.

The appeal was heard before Chief Justice Andrew Cheung Kui-nung, permanent justices Roberto Ribeiro and Joseph Fok, and non-permanent local judges Patrick Chan Siu-oi and Frank Stock. No overseas judges presided over the hearing, which is contrary to the top court’s tradition.

Lai, the 73-year-old founder of Apple Daily newspaper, was originally charged with fraud, but was also accused of colluding with foreign forces under the Beijing-imposed legislation, which criminalises acts of secession, subversion and terrorism.

Article 42(2) specifies that “no bail shall be granted to a criminal suspect or defendant unless the judge has sufficient grounds for believing [they] will not continue to commit acts endangering national security”.

That requirement runs contrary to common law practice, where judges should grant bail unless there are reasons to believe a defendant may abscond or interfere with prosecution witnesses.

Deputy Director of Public Prosecutions Anthony Chau Tin-hang argued that under the security law, “the court should assume no bail is to be granted to defendants unless the condition set out in Article 42(2) was met”.

Chau said the evaluation of defendants’ bail applications was twofold. The presiding judge or magistrate, he said, had the duty to first assess whether the accused would continue to pose a threat to national security.

Only if no was the answer to the first question should the court proceed to the conventional tests for granting bail under common law.

Chau said in considering bail, the court should not just review prosecutors’ evidence and the nature of the allegation, but also engage in a cumulative assessment on the defendant’s character and past conduct.

A court should not grant bail, according to Chau, if a suspect was found to have committed acts endangering national security, even if such acts were neither outlawed by the law or existing local legislation.

An example would be the theft of state secrets, an offence for which Hong Kong shall enact laws on its own, according to the city’s mini-constitution the Basic Law.

Chau said no bail should be granted if the defendant continued to pose a threat to national security.

Those submissions have raised eyebrows on the bench, as judges questioned why they should evaluate a defendant’s risk of engaging in behaviour which purportedly endangered national security, but were not yet offences.

“It’s odd to have it as the reason for excluding bail altogether,” Justice Ribeiro said. “Why should he construe 42(2) to have this rather extreme result? I just find it hard to see how this advances the protection of Hong Kong and the PRC.”

Chief Justice Cheung echoed that view, saying it would be “very odd” for a security law defendant to be remanded over an act which everybody else was free to do.

Other judges had reservations as to whether it was fair to deny a defendant bail irrespective of the conditions he was willing to abide by.

Justice Stock also queried the court’s so-called duty to evaluate a defendant’s risk of committing “further offences’’, saying the court could not presuppose an accused was guilty of an offence in considering a bail application.

Some judges, meanwhile, suggested the High Court had misinterpreted Article 42(2) in a previous judgment on a habeas corpus application by Tong Ying-kit, the first person charged under the security law. 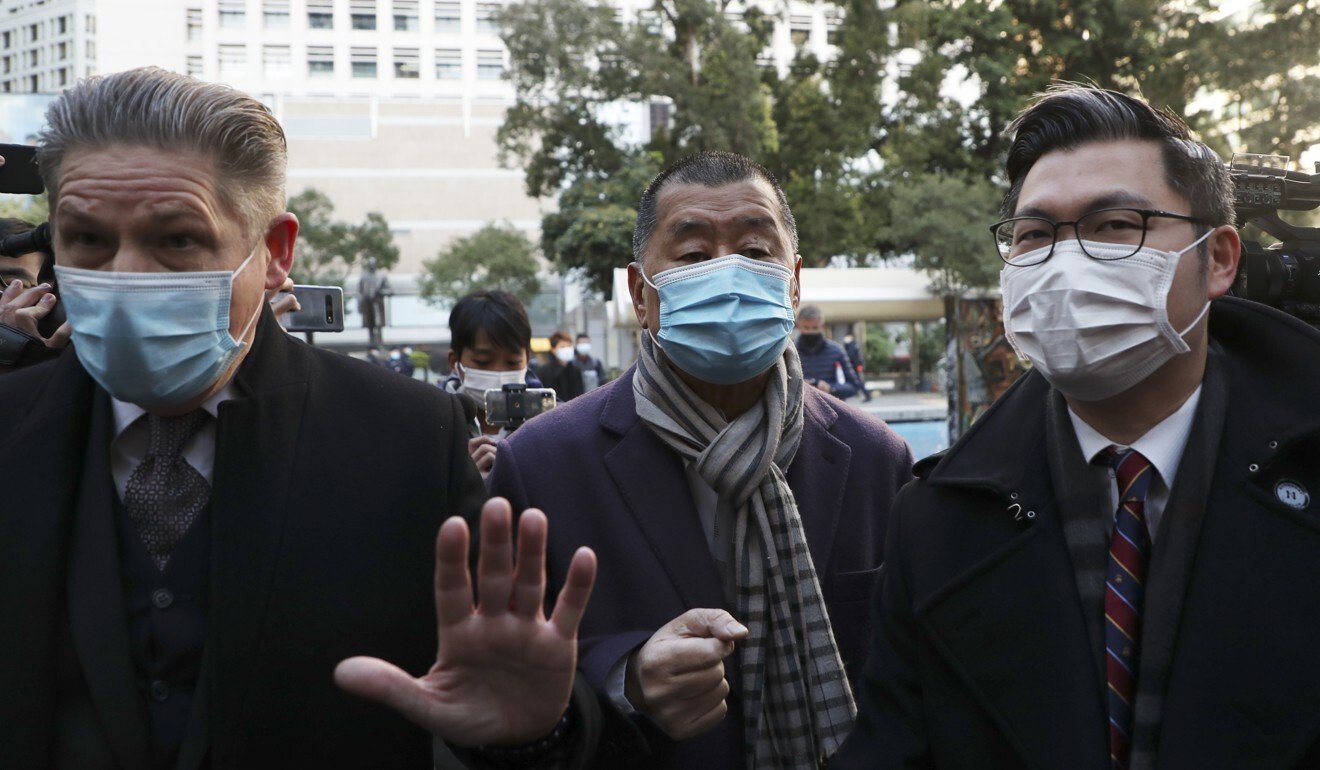 Jimmy Lai arrives at the Court of Final Appeal for an earlier hearing in December.

In that ruling, Justices Anderson Chow Ka-ming and Alex Lee Wan-tang found that the requirements for granting bail under the new law was similar to those under the common law regime, except the court needed to be cautious in assessing the defendant’s risk of reoffending while on bail.

In a separate judgment, the court denied Tong’s bail application on grounds of conventional risk factors, such as absconding and reoffending, finding it unnecessary to consider the new test introduced by the sweeping legislation.

But the top judge found that interpretation appeared inconsistent with the wordings in the national law, as Article 42(2) suggested a premise that no defendants prosecuted under the security law should be released on bail.

This concern was shared by justices Ribeiro and Stock, who feared the erroneous interpretation became the basis for Lee to grant bail to Lai when the lower judge handled his application in December.

Lai’s lawyer Stewart Wong Kai-ming SC did not dispute the lower court had misinterpreted the provision in Tong’s case, but said Lee had adopted the correct approach in dealing with Lai’s application, while stressing the court should not second-guess whether the judge’s decision was tainted by his earlier misunderstanding of the law.

The court reserved its judgment and ordered Lai to remain behind bars pending the ruling. The court is expected to send Lai’s bail application back to the High Court for consideration if it sides with prosecutors.